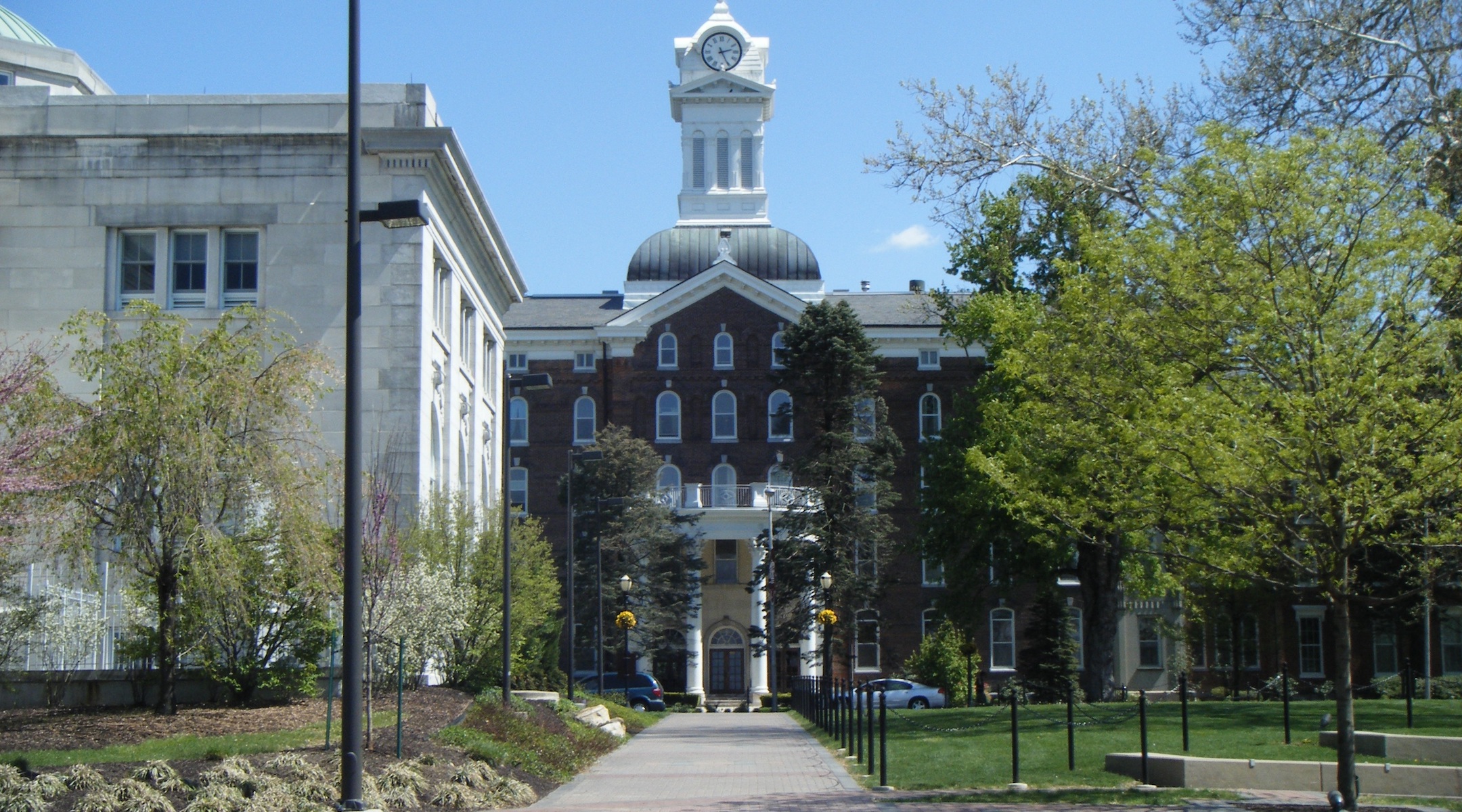 A view of the Kutztown University campus in 2010. (Wikimedia Commons)
Advertisement

(JTA) — A federal lawsuit alleges that a Pennsylvania university failed to respond to complaints about anti-Semitic harassment, forcing a student to leave the school.

Cassidy Pyser, in a lawsuit filed last week in federal court for the Eastern District of Pennsylvania, claims that her former roommate at Kutztown University sent her text messages about the Holocaust and eventually smashed her mezuzah, the scroll of biblical verses some Jews hang on their doorposts. After the university failed to intervene, Pyser says she was forced to withdraw in 2017, following her sophomore year.

The Morning Call first reported on the lawsuit on Tuesday.

The lawsuit charges that the defendants “individually and collectively directly created the danger that allowed plaintiff to be the victim of outrageous and uncorrected anti-Semitic acts and behaviors that caused her great emotional harm and required her to leave her studies.”

The lawsuit claims that the university induced Pyser to enroll under false pretenses, claiming it had promised to ensure a safe learning environment. It also charges that the school violated the Clery Act, a federal law requiring universities receiving federal financing to report crime near their campuses.

In 2017, the school was the site of white supremacist activity, according to the Anti-Defamation League.

Also named as defendants in the suit are Aramark Food and Support Service Group, the university’s food service provider, as well as several Aramark and university employees. Pyser’s former roommate reportedly worked at the campus dining hall and refused to serve her. The former roommate is not named as a defendant in the lawsuit.