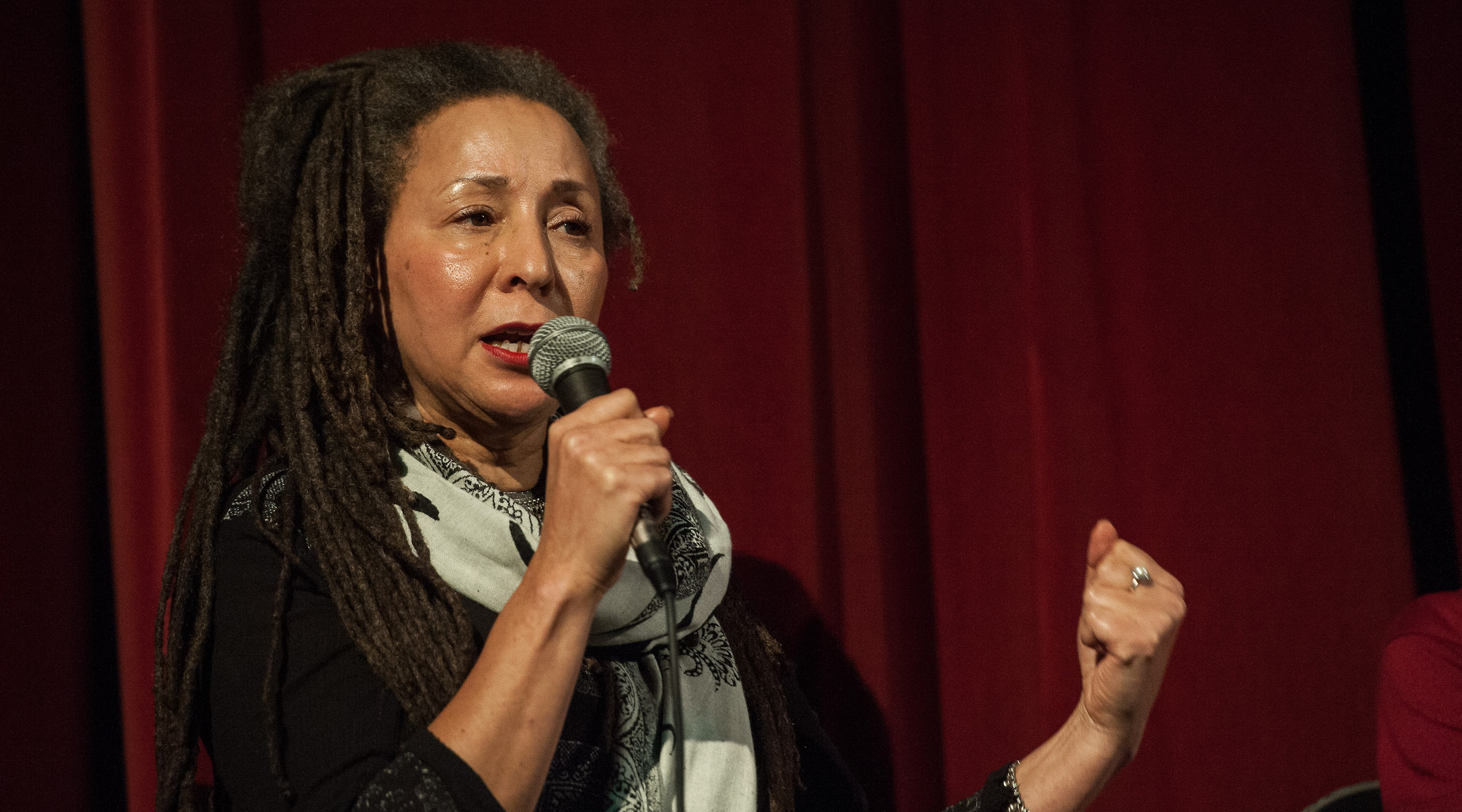 Activist Jackie Walker attends the premiere of "Witch Hunt," a documentary film about her suspension from the Labour Party at the Rio Cinema in London, Feb. 10, 2019. (Guy Smallman/Getty Images)
Advertisement

Walker was suspended in 2017 after falsely suggesting at a training session about anti-Semitism that International Holocaust Remembrance Day commemorates Jewish victims alone.

Walker was previously suspended and later readmitted into Labour for writing on Facebook that Jews were “chief financiers of the sugar and slave trade.”

Walker is a former leader of Momentum, the Labour movement supporting party leader Jeremy Corbyn. According to Walker’s website, her father, Jack Cohen, was a Russian Ashkenazi Jew.

Disciplinary actions against her were among the most high-profile cases involving anti-Semitism in Labour.

On Facebook, she wrote that her expulsion was meant to “appease the powerful.”

The Campaign Against Antisemitism watchdog said Walker’s expulsion is an attempt to stave off a broader inquiry into Labour by the U.K.’s Equality and Human Right’s Commission.

It’s “not a sign of change,” but “naked self-preservation,” the Campaign wrote in a statement.

Corbyn, a far-left anti-Israel politician, has faced allegations that he himself is promoting anti-Semitism in Labour, though he denies this. In 2013 he defended a London mural of Jewish men playing poker on the backs of dark-skinned men. In 2015 he said British-born “Zionists” don’t understand British irony.

Last week, Alan Johnson, a British scholar, published a 137-page report accusing Labour of being institutionally anti-Semitic. It contains 130 examples of anti-Semitism and its denial within the party.