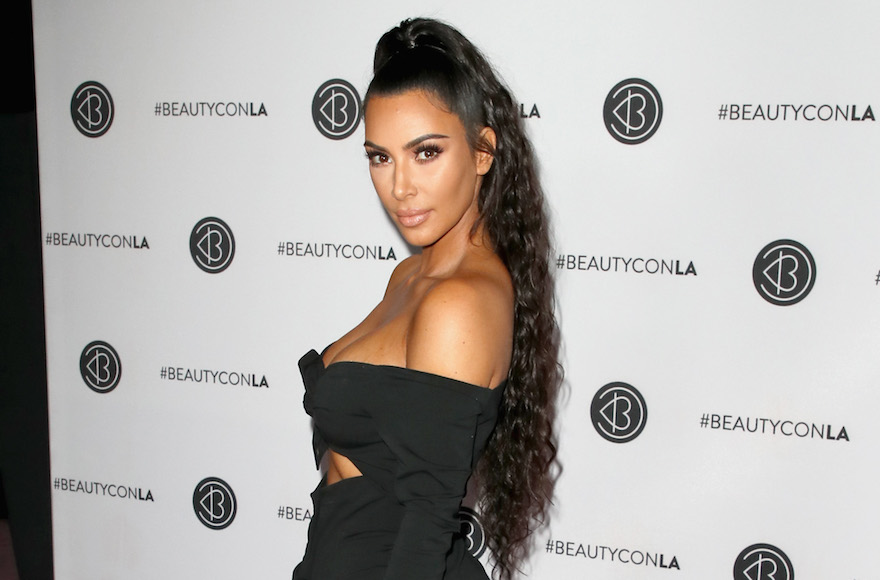 (JTA) — Reality star Kim Kardashian West appears to have revealed the name of her newborn son, and it is connected to religion.

In a tweet late Friday, Kardashian West posted a photo of the newborn in a white crib and the name Psalm West.

A screenshot with the tweet shows a text conversation with her husband Kanye West, in which he wrote: “With the arrival of our fourth child we are blessed beyond measure.”

The couple now have four children. Psalm is the second child born to the couple via surrogate. The other children are a daughter, North, 5; a brother, Saint, 3; and a sister, Chicago, 15 months.

Kardashian West cancelled a scheduled visit to Israel to promote the Israeli sunglasses brand Carolina Lemke, after two rockets were fired from Gaza at Tel Aviv.

Kardashian West, who is of Armenian descent, visited Israel in April 2015 with West. The couple baptized their daughter, North, at the Cathedral of St. James in Jerusalem’s Armenian Quarter.