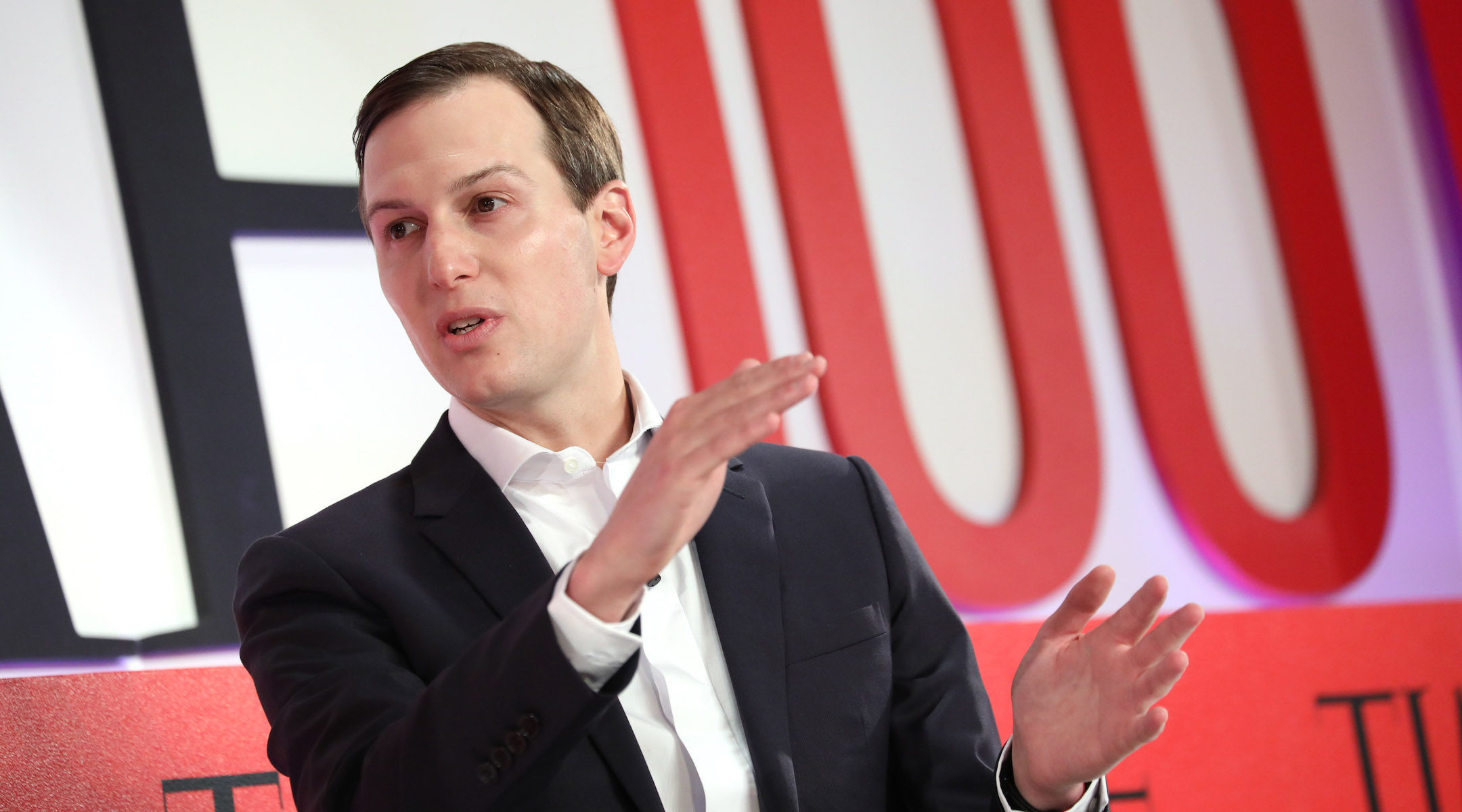 (JTA) — White House senior adviser Jared Kushner said in a televised interview that he hopes the Palestinians “over time can become capable of governing.”

Kushner, the Jewish son-in-law of President Donald Trump, did not say during the interview on “Axios on HBO” aired Sunday whether the Trump administration’s Israeli-Palestinian peace plan will include an independent Palestinian state.

Asked by Axios’ Jonathan Swan whether the Palestinians could expect to be free from any Israeli governmental or military interference, Kushner responded, “I think that it’s a high bar.”

He said, however, that the Palestinians “should have self-determination,” though he did not specify what that means.

Kushner also said that the Palestinian people want different things than their leaders, the implication being that the people would be willing to accept something short of a sovereign state if they are better off financially.

Kushner and special Middle East envoy Jason Greenblatt, the architects of the peace plan, will host an “economic workshop” in Bahrain next month to encourage capital investment in the West Bank, Gaza, and countries in the region. Kushner said in the interview Sunday that “in order for the area to be investable … you do need to have a fair judicial system, you need to have freedom of press, freedom of expression, tolerance for all religions.”

He did not say when the entire plan would be rolled out.

Kushner also addressed the Trump administration’s decision to slash aid to the Palestinians, saying “America’s aid is not an entitlement.”

The interview came as The Washington Post reported that Secretary of State Mike Pompeo expressed doubts about whether the peace plan would “gain traction” with the Palestinians and the Israelis.