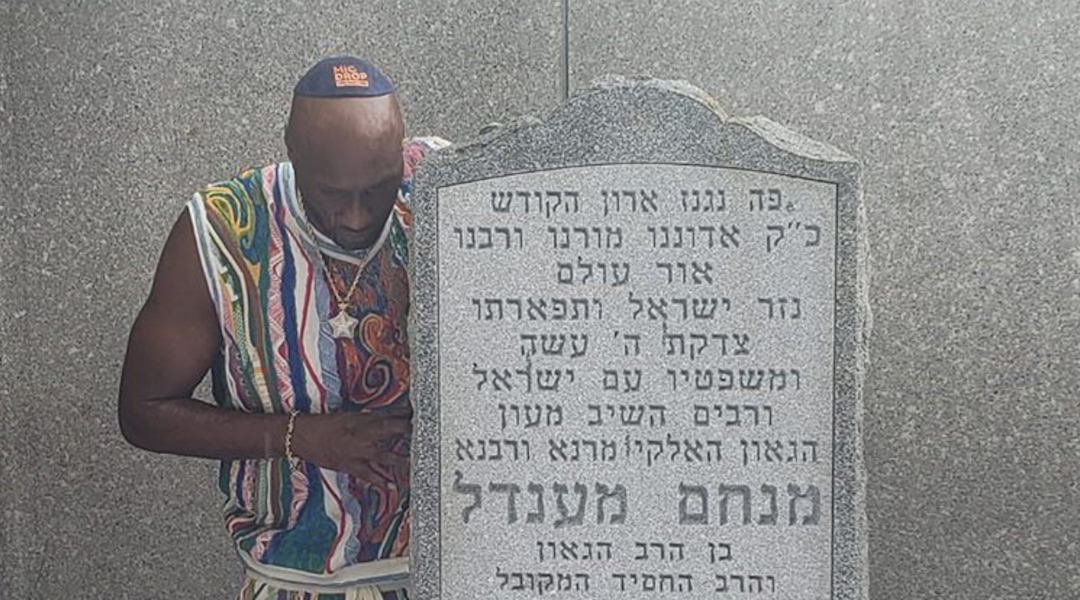 “I heard he makes miracles happen,” the former NBA star said in an Instagram post. “It’s a miracle to be here at this place with my children, reflecting on a better life we will build together.”

Tens of thousands of people, including non-Jewish celebrities, have visited Schneerson’s gravesite in Queens this summer on the 25th anniversary of his death. In the post, Odom pointed out that Rosh Lowe, Odom’s speaking coach, considers Schneerson a mentor.

In 2015, Odom fell into a coma at a brothel in Nevada after using cocaine and 10 doses of a “Viagra-like medication.” He recovered after having multiple heart attacks and strokes, and has since received drug treatment.

Odom shared a second Instagram post, which featured a photo of the rebbe and a video of a Chabad follower talking to Odom about religious observance.

“Even when we might be on the lowest rung of life’s ladder, living some of our lowest moments, we must focus on moving upward,” the man says to Odom.