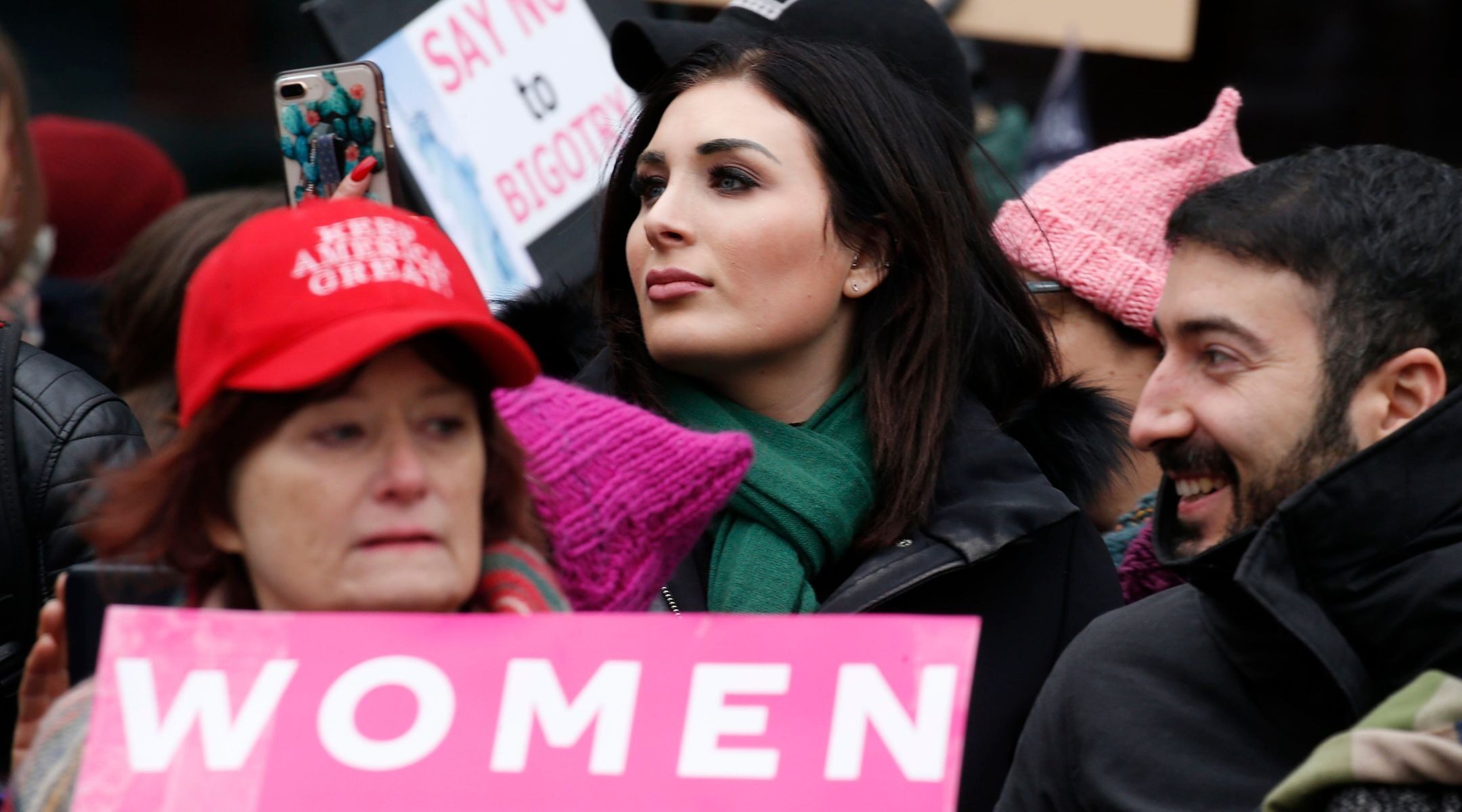 WASHINGTON (JTA) — Laura Loomer, a Jewish right-wing provocateur known for her anti-Muslim rhetoric, has won the Republican primary for a House seat in the southern Florida congressional district where President Donald Trump votes.

The primary win caps a rapid rise for the 27-year-old political activist, whose provocations — and the responses to them — have made her a favorite of the right wing of the Republican Party. In 2017, Loomer, who calls herself an “investigative journalist,” was banned from Uber for calling on the rideshare service to allow riders to reject Muslim drivers. In 2018, Twitter suspended her account after she called Rep. Ilhan Omar, then a congressional candidate, “anti-Jewish,” and said Omar belonged to a religion in which “homosexuals are oppressed” and “women are abused.”

Last year, Facebook banned her amid a purge of people the company said used the platform to promote hate.

Loomer won 42% of the vote in a six-candidate field in the primary on Tuesday. She’ll now face off in November against the Jewish incumbent Democrat, Lois Frankel, who handily bested a challenger from the left, Guido Weiss, with 87% of the vote.

Loomer is likely to lose; Frankel ran unopposed in 2018 and won 63% of the vote in 2016. But she had the endorsement of Florida Rep. Matt Gaetz, a far-right figure who is close to President Donald Trump. Trump and Gaetz both congratulated her on Twitter on Tuesday night; so did Marjorie Taylor Greene, a conspiracy theorist who last week won a primary in a heavily Republican district in Georgia.

Wins by these far-right figures are presenting a dilemma for the party’s congressional leadership, which has sought to marginalize the extremists. While Trump has frequently endorsed the candidates, he did not endorse Loomer during the primary, although they have supporters in common. Trump’s longtime adviser, Roger Stone, endorsed Loomer, and Karen Giorno, an official with Trump’s 2016 campaign, managed her campaign. After her win, Trump tweeted or retweeted five times to congratulate Loomer, an unusually robust display of enthusiasm.

The 21st District, encompassing parts of Broward County and Palm Beach, includes Trump’s Mar-a-Lago resort and is where Trump casts his vote.