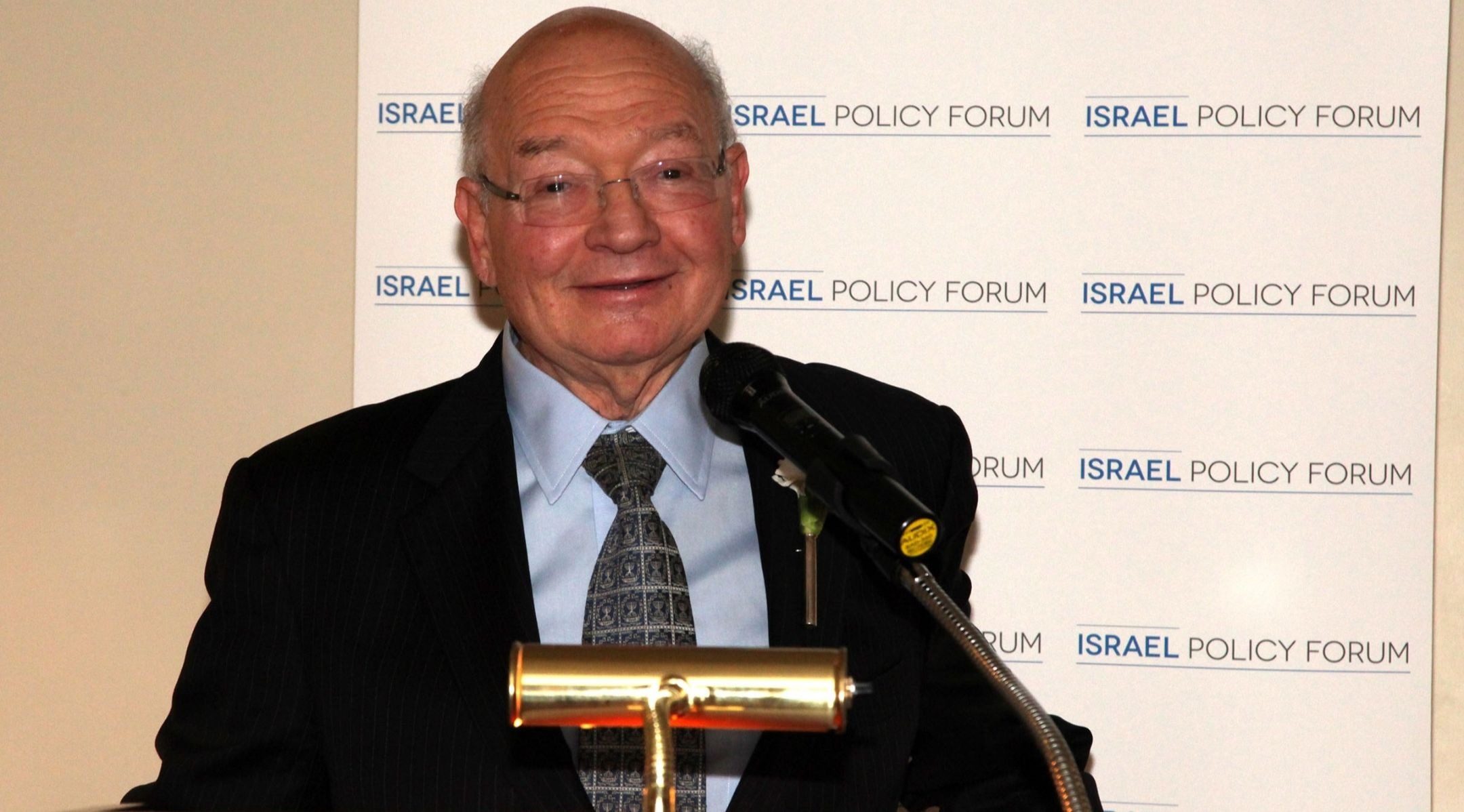 Rep. Gary Ackerman, shown addressing the Israel Policy Forum on Dec. 3, 2012, shortly before retiring from Congress after 15 terms. (Courtesy of the IPF)
Advertisement

(JTA) — A former camper at an upstate New York Boy Scout camp is accusing former Rep. Gary Ackerman of being a sexual predator.

The lawsuit filed in Manhattan Supreme Court accuses Ackerman, who served for 15 terms as a New York City congressman until his retirement in 2012, of trying to touch and fondle a 17-year-old in 1966 before forcing oral sex, when Ackerman was director of the camp in upstate New York, the New York Post reported over the weekend.

The lawsuit calls Ackerman a “known predator.” The Boy Scouts told the newspaper they had no record of abuse allegations against Ackerman.

The lawsuit was filed under New York’s recently enacted Child Victim’s Act, which allows victims in the state one year to file civil lawsuits, regardless of when the alleged abuse occurred. It went into effect on Aug. 14, and more than 500 lawsuits already have been filed, including one filed by 38 men claiming they were sexually abused at Yeshiva University High School for Boys in a period from the mid-1950s through 1986.

The alleged victim’s attorney said his client filed the lawsuit “because he feels he was wronged, and taken advantage of, and he wants to have his opportunity to have his day in court.”

He said his client had PTSD symptoms every time he saw the former congressman on television or heard his name mentioned.

Ackerman, a champion of Israel in the House of Representatives, served on the House Financial Services and Foreign Affairs committees, where he was the ranking member on the committee’s Middle East and South Asia Subcommittee.