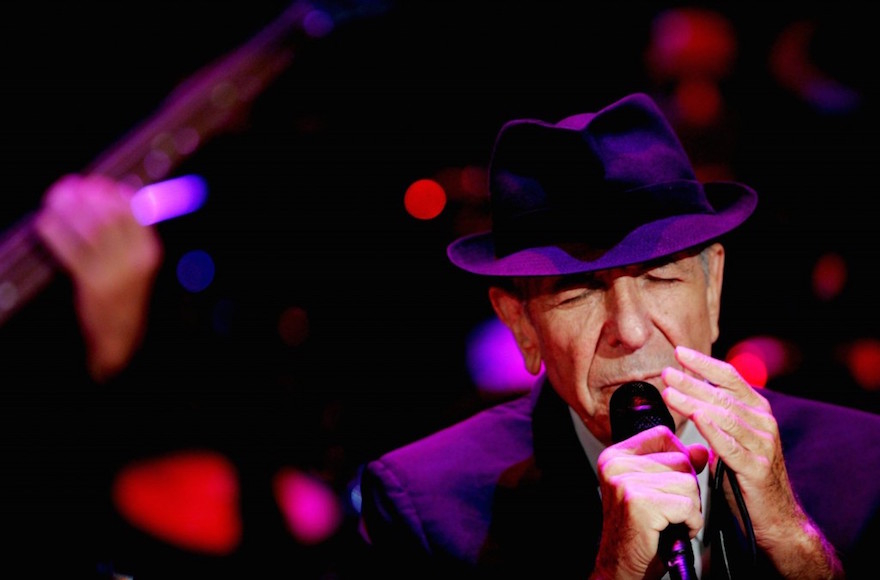 (JTA) — The Republican National Committee used the late Leonard Cohen’s song “Hallelujah” on the closing night of its convention despite being denied permission, according to an attorney for his estate.

“We are surprised and dismayed that the RNC would proceed knowing that the Cohen Estate had specifically declined the RNC’s use request, and their rather brazen attempt to politicize and exploit in such an egregious manner ‘Hallelujah,’ one of the most important songs in the Cohen song catalog,” Michelle Rice, a lawyer for the estate, said in a statement Friday.

“We are exploring our legal options,” the statement said, before delivering a swipe at the Trump campaign. “Had the RNC requested another song, ‘You Want it Darker,’ for which Leonard won a posthumous Grammy in 2017, we might have considered approval of that song.”

Cohen, the famed Jewish musician and poet, died at 82 the day before Trump was elected in 2016. “You Want It Darker,” which featured a synagogue choir as backing vocals, was the last song he released before his death.

His estate’s statement came a day after “Hallelujah” played over fireworks that lit up the sky over the National Mall in Washington, D.C., immediately after President Donald Trump delivered his speech accepting the Republican nomination for reelection. That was a cover version performed by singer Tori Kelly, while an opera singer named Christopher Macchio sang the song live.

Brian Monaco, president of Sony/ATV Music Publishing, which owns the rights to the song, said the Republicans had asked for the right to play the song on “the eve of the finale of the convention.” He said, “We declined their request.”

Several artists have asked Trump to cease and desist from using their songs at campaign events. They include The Rolling Stones, Neil Young, Tom Petty, Rihanna, Elton John, Adele and Queen, Reuters reported.