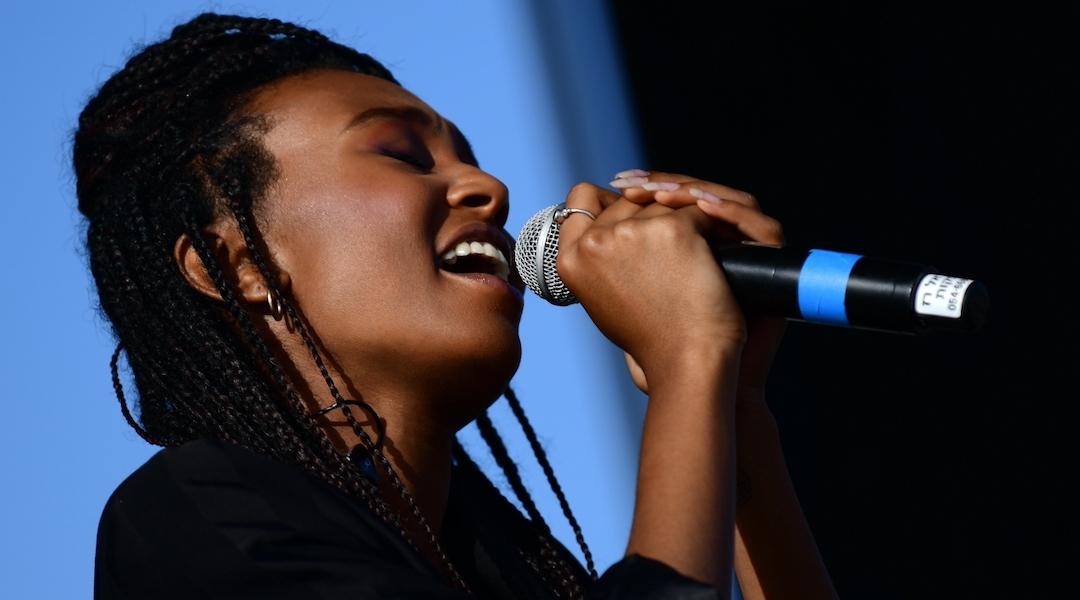 Her song entry, “Set Me Free,” is now online. It’s mostly sung in English, except for one Hebrew phrase in the chorus: “Chalas im ha’shiga’on,” which roughly translates to “Enough with the madness.”

The music video features a quick montage of a representative group of Israelis ranging from the young to the old.

Alene, 20, was born in Jerusalem to Jewish parents who emigrated from Ethiopia. She was raised in an observant home, attended Jewish schools and served in the army.

Last year she won on “The Next Star,” in which the Israeli show’s winning contestant emerges as the country’s representative in Eurovision, by singing Beyonce’s hit song “Halo.”

The global competition was canceled last year amid the coronavirus pandemic but will take place this year in the Netherlands in May.

Israel’s Netta won the Eurovision contest in 2018, which earned Israel the right to host the competition the following year. It was the country’s first Eurovision win in decades.