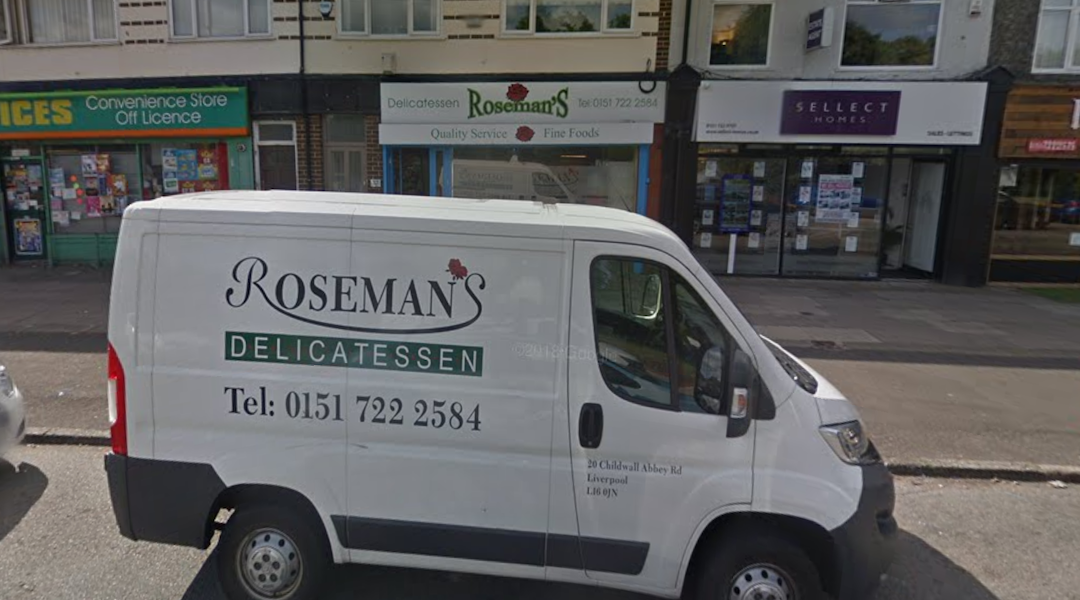 Roseman's Delicatessen in Liverpool was the main kosher eatery for Jews in the English city. (Google Street View)
Advertisement

(JTA) — The main outlet for kosher food in Liverpool, England, which closed after it was caught selling nonkosher meat and poultry, has reopened under new ownership.

Roseman’s Delicatessen received a license from the Liverpool Kashrut Commission three months after it was revoked following the discovery of “serious breaches of kashrut,” the Jewish Chronicle reported.

Days later the owner of the deli, Robert Kaye, 43, was found dead in Manchester.

The deli was found to have received regular orders of nonkosher meat for a number of years, the Jewish Chronicle reported.