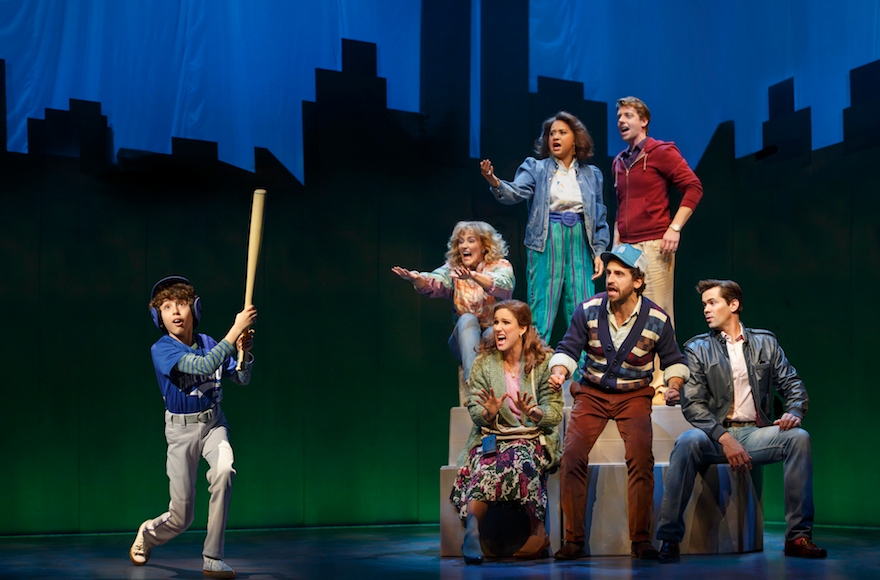 (JTA) — A London production of “Falsettos,” a musical about a Jewish family, is being criticized for apparently having no Jews in its cast.

Among the artists who signed an open letter criticizing the West End production were British-Jewish actors Miriam Margolyes and Maureen Lipman, the Jewish Chronicle reported. The letter says that “to the best of our knowledge” no one in the cast is Jewish.

“In 2019, in London — a city famed for and proud of its tolerant and multicultural identity — it seems impossible that a production of a show as obviously concerned with Jewish religion and culture as Falsettos could announce a cast with no Jewish representation whatsoever,” the letter reads.

The production, which premiered in 1992 and recently had a revival on Broadway, tells the story of a Jewish man who tries to navigate his relationship with his ex-wife and son after he has come out as gay and started dating a man. The second act of the play centers on the son’s bar mitzvah.

The producers behind the London show told the Evening Standard that they were “hugely disappointed” to read the complaint. They said they could not confirm whether there were any Jews in the cast because it would have been discriminatory to ask people about their backgrounds.

The letter compares the casting to having white actors portray people of color. It also references other recent productions that cast non-Jewish actors in Jewish roles.

“Like blackface, brownface and yellowface, Jewface is a heightened and characteristic (mis)representation of Jews that is built on a secondary understanding of tropes, [tics], mannerisms and vocal affectation that has no awareness of the primary factors such as psychology, geography, culture and history that have framed these outward signifiers of Judaism,” it reads.