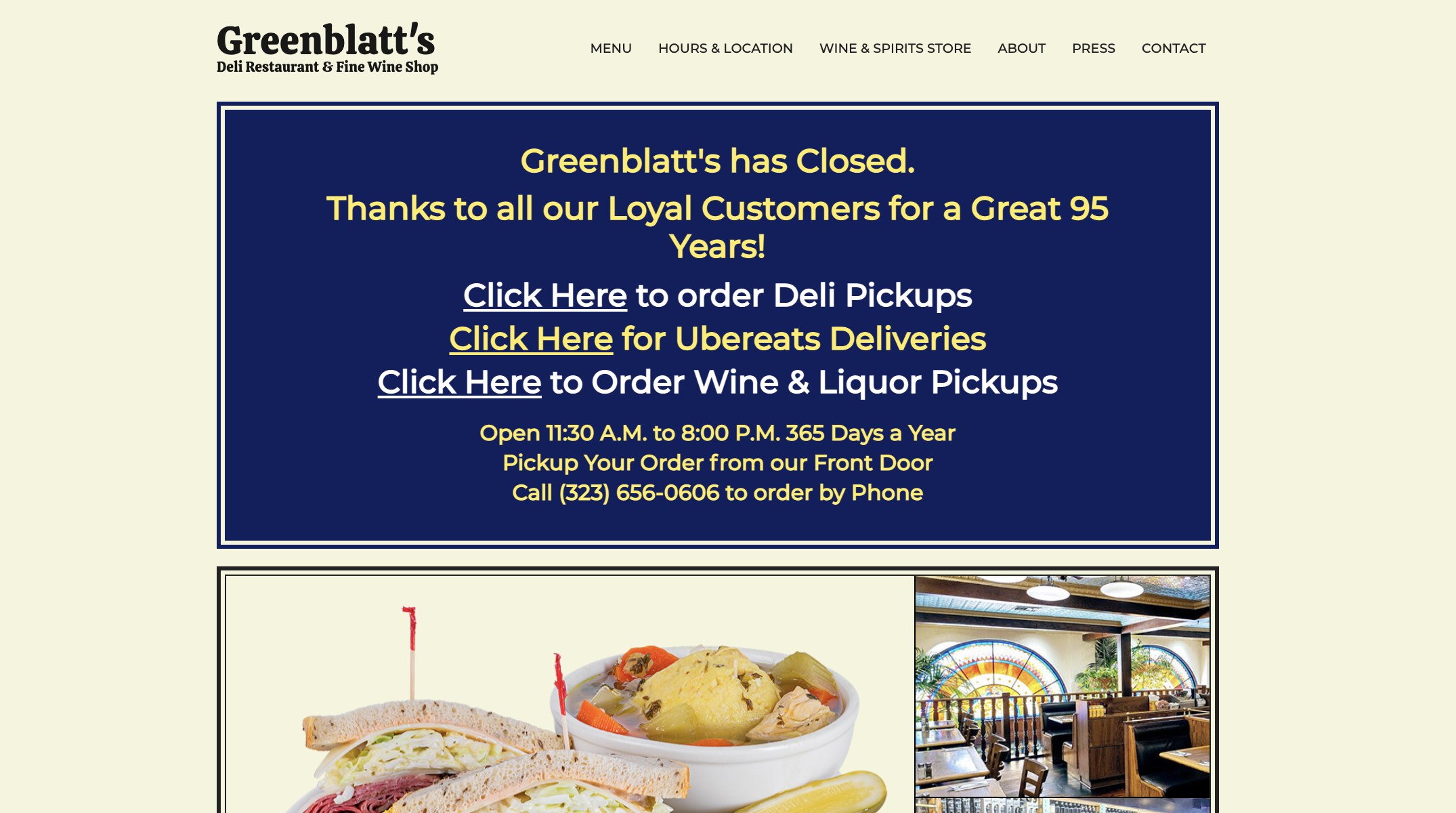 Greenblatt's Deli and Fine Wine Shop posted a farewell message on its website early Thursday morning after shutting down for good. (Screenshot)
Advertisement

Opened in 1926 and run by a single family since the 1940s, Greenblatt’s described itself as a “wine merchant that fronts as a deli.” Eater reported that the restaurant was struggling amid the pandemic-induced labor shortage and that the owner wanted to close now rather than risk closure during the Jewish holidays next month.

Some Greenblatt’s fans reportedly rushed to the restaurant to order their final sandwiches after hearing the news, while others posted tributes online. Tobin Mitnick, an actor whose online moniker is “A Jew Who Loves Trees,” posted a line from the play “Our Town” on his Instagram account. “Do any human beings ever realize life while they live it? Every, every minute?” he wrote, before supplying his own answer: “Every minute there I did.”

Two other Jewish delis in Los Angeles have closed since the beginning of the year: Label’s Table, a 46-year-old deli in the Pico-Robertson neighborhood, and Jerry’s in Marina Del Rey. Meanwhile, the city has also seen several new businesses serving Jewish deli food open recently, mostly in the form of pop-ups that emerged in response to the pandemic’s volatility for restaurants.