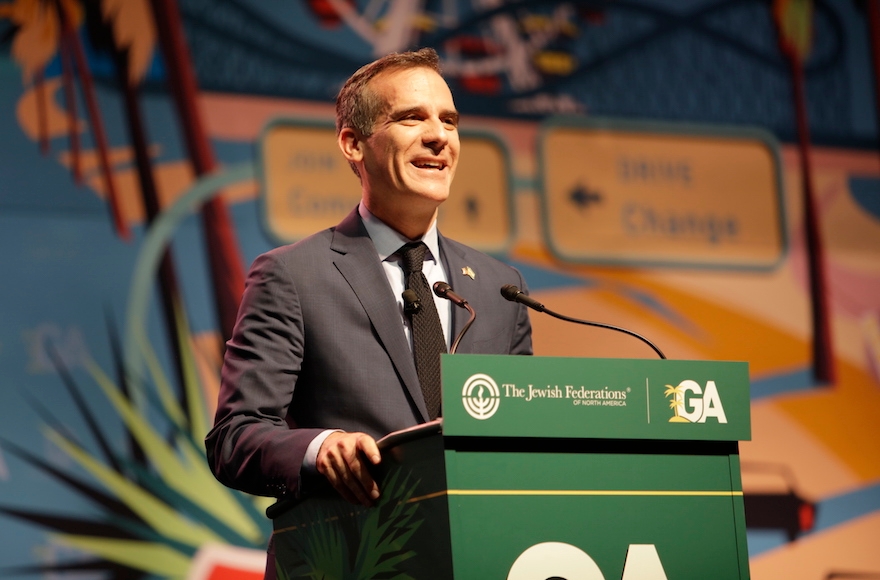 (JTA) — Los Angeles Mayor Eric Garcetti says he will not be running for president in 2020.

Garcetti made the announcement on Tuesday, saying he would work to solve a myriad of problems in his city, the homelessness crisis chief among them.

Over the last year Garcetti, who is Jewish, has visited the states with early primaries, including Iowa, South Carolina and New Hampshire, leading to speculation that he would vie for the Democratic Party’s nomination.

Garcetti, a councilman for 12 years before being elected mayor in 2013, is the son of a Jewish mother and was raised Jewish. On his father’s side, he is of mixed Italian and Mexican heritage. He was re-elected in March 2017.