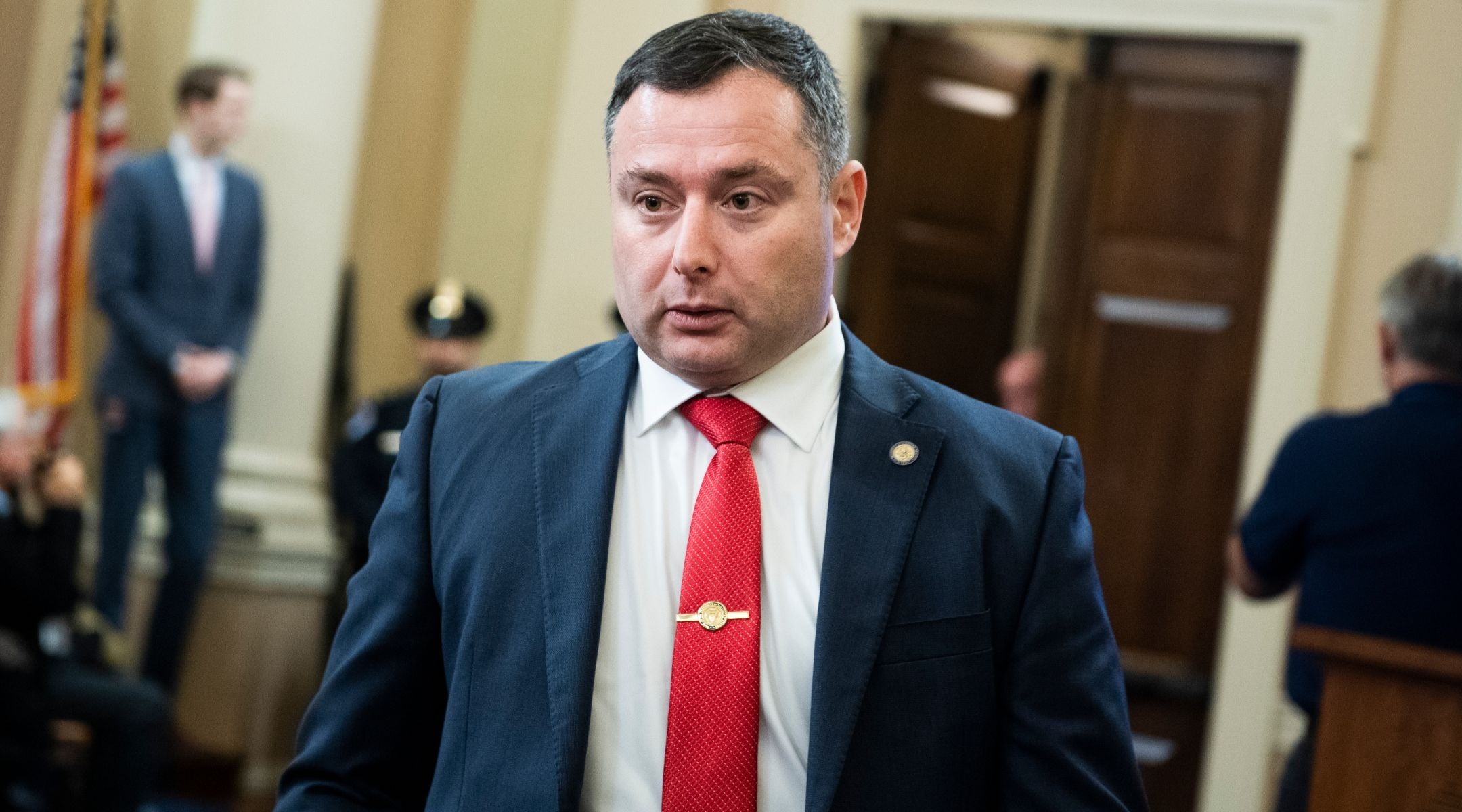 (JTA) — Lt. Col. Yevgeny Vindman, whose twin brother testified in President Donald Trump’s impeachment trial, has filed a whistleblower complaint claiming that he was fired in retaliation for allegations of ethical and legal wrongdoing against Robert O’Brien, the national security adviser.

Vindman, who is still an active-duty officer was asked to leave his job as a White House lawyer in February on the same day that  Trump removed his brother, Alexander, from his position as an expert on U.S. policy in Ukraine. Both Vindmans were reassigned to the Army.

Vindman had attended the impeachment trial in support of his brother.

He reported legal and ethical concerns about O’Brien and Alex Gray, the National Security Council chief of staff, to his superiors six times between July 2019 and this February. The complaint asserts that the reports meet the criteria for protection from reprisal.

Vindman also had joined his brother in raising concerns to White House lawyers about Trump’s call with the Ukrainian president in which Trump pressured Volodymyr Zelensky to conduct an investigation against political rival Joe Biden.

According to the complaint, Vindman was gradually relieved of responsibilities, not invited to meetings with O’Brien and other security officials, and given a poor performance review before being removed from his White House position.

The complaint calls for an investigation of the alleged reprisal and requests a response by Sept. 1.

Alexander Vindman retired from the U.S. Army in July, saying he did not feel that he could advance due to political retaliation from the president and his supporters.