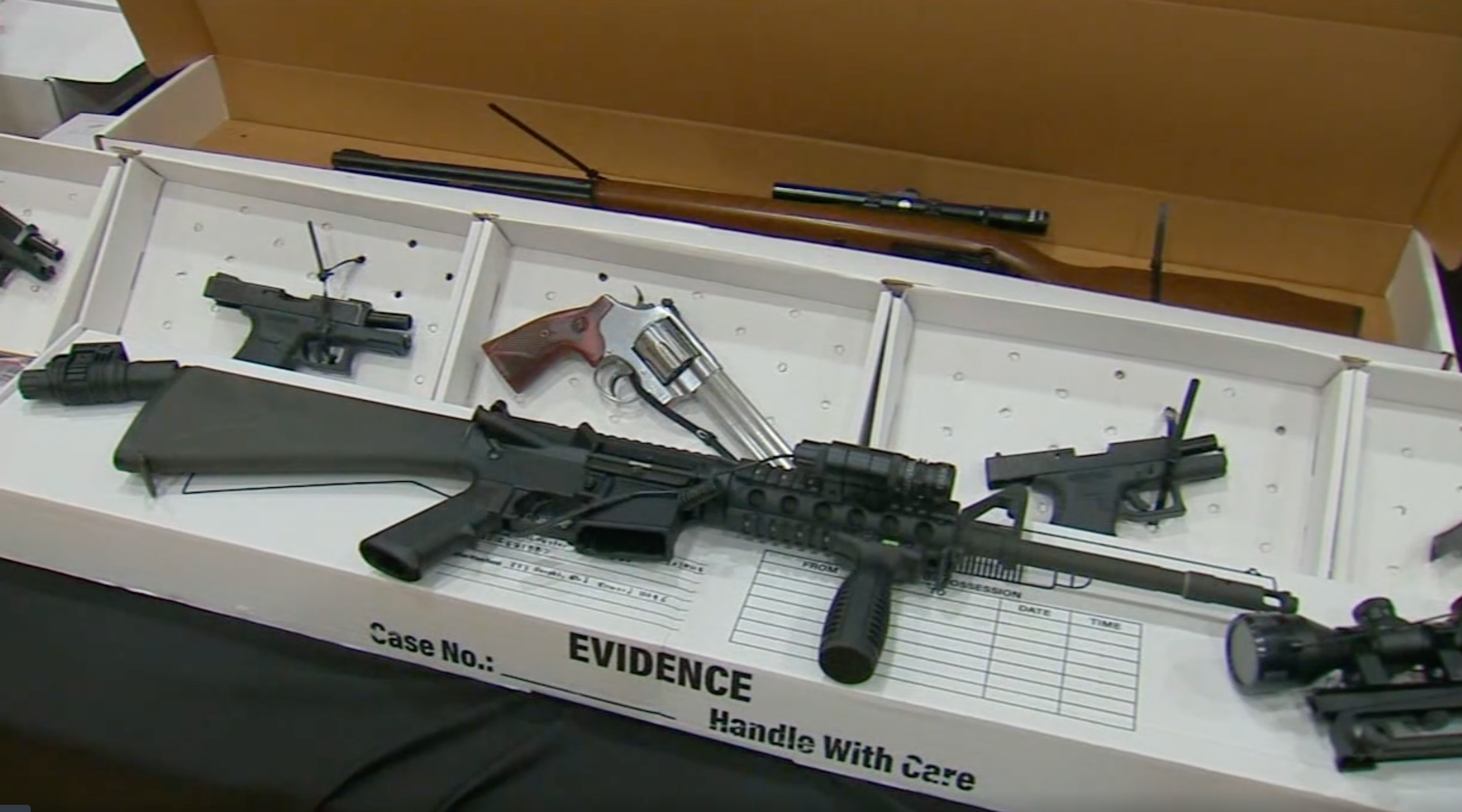 (JTA) — A suburban New York man threatened to shoot up an Orthodox Jewish day camp over its alleged violations of coronavirus restrictions.

The man, identified as Nicola Pelle, 58, of Long Island, called police to report the violations at the camp run by the Yeshiva Ketana of Long Island on Tuesday, saying approximately 500 campers there were not wearing masks. He called again as police were on their way to the scene, allegedly saying, according to local reports:  “If I’ve got to go out there with a freaking machine gun and shoot all these people, I will.”

Pelle, who runs a landscaping business, lives next to the yeshiva, located in the Inwood neighborhood.

Officers who arrived at the site of the camp found 30 children and their parents, WABC-TV reported.

Pelle was found to have 14 weapons in his home, including handguns, rifles and shotguns, and two assault weapons. All were legally owned except for one rifle. He also has a valid gun license, News12 Long Island reported.

“While law enforcement is still trying to learn the motivation, this concerning incident shows how threats of violence against the Jewish community continue to surface and warrants our utmost vigilance,” said Evan Bernstein, CEO of Community Security Service, a New York-based organization that trains volunteers to protect their own synagogues.