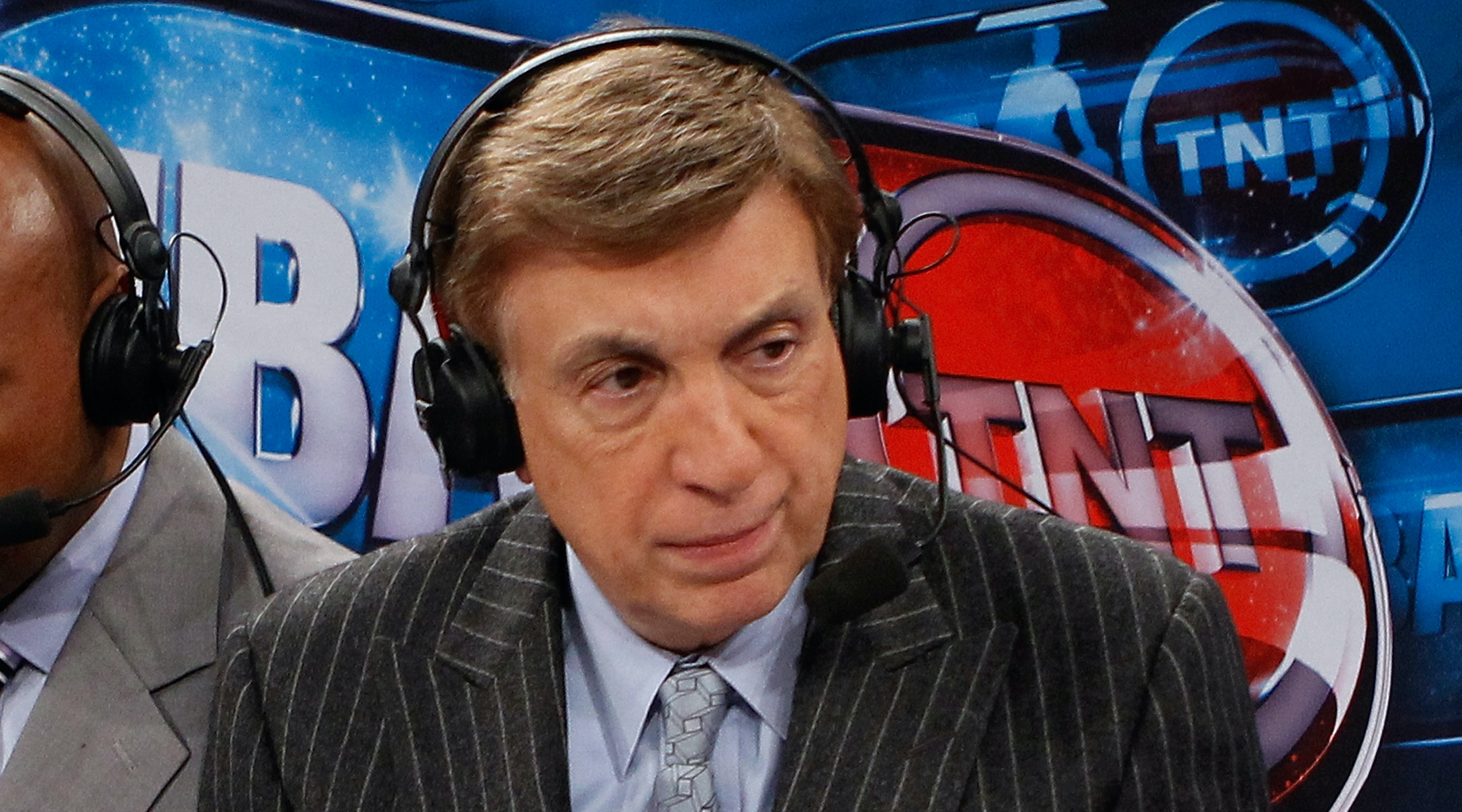 Born Marvin Aufrichtig to Jewish parents in Brooklyn, he became one of basketball’s most prominent broadcasters. But he was also a national voice for the NFL and NHL, calling Super Bowls and Stanley Cup Finals in addition to NBA Finals over a career that saw him broadcast in seven decades.

Albert, who turns 80 next month, will continue to call basketball games on TNT until the NBA Finals.

As the story goes, a 21-year-old Albert got his big break when another Jewish Syracuse grad, the fabled Marty Glickman — also Albert’s mentor — had a conflict and could not broadcast a New York Knicks game on WCBS-AM radio in 1963. It launched a career in which Albert did play-by-play for several New York-area teams along with the Knicks, including the NBA’s Nets, NHL’s Rangers and NFL’s Giants on TV and radio.

Albert’s legacy includes calling the Olympic gold medal game for the original Dream Team in 1992, NCAA tournament games, boxing and tennis. He was the sports anchor on WNBC-TV in New York from 1975 to 1987, which led to his more than 50 appearances with David Letterman, first on NBC (“Late Night with David Letterman”) and then on CBS (“The Late Show”), showing highlights and lowlights in sports.

He was inducted into the National Jewish Sports Hall of Fame in 1993.

In 1997, his longtime employer NBC fired him in the wake of sexual assault charges by multiple women. The network brought him back two years later after he was given a 12-month suspended prison sentence.