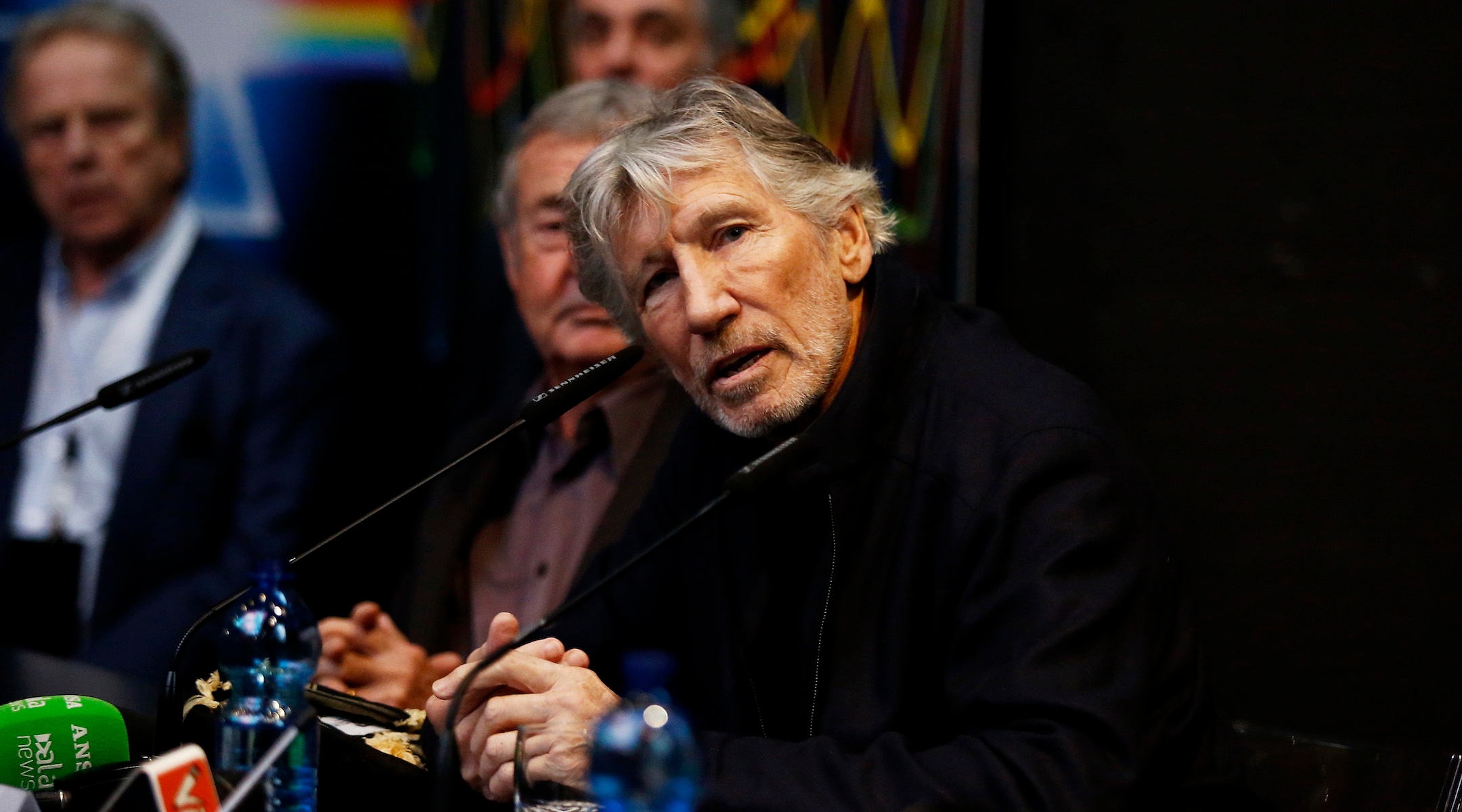 Roger Waters,at a news conference in Rome, Jan. 16, 2018. He is a leading celebrity in the Boycott, Divestment and Sanctions movement against Israel. (Ernesto S. Ruscio/Getty Images)
Advertisement

WASHINGTON (JTA) — A Maryland suburb of Washington D.C. is screening an anti-Israel film narrated by Roger Waters as part of a free documentary series.

“Occupation of the American Mind” is being shown by the municipality of Takoma Park on June 13 as part of the town’s “We Are Takoma” free cultural event series, taking place in its community center.

“‘Occupation of the American Mind is a captivating documentary that reveals how the Israeli government, U.S. government, and pro-Israel lobbying groups have engaged in a decades-long propaganda campaign to shape American media coverage of Israel and its occupation of Palestinian lands,” says a blurb on Culture SpotMD, a culture website paid for in large part by Montgomery County, where Takoma Park is situated.

Waters, the Pink Floyd member, has become a leading advocate of boycotting Israel.

The Jewish Community Relations Council of Greater Washington asked the municipality, a famously liberal enclave that includes a thriving Jewish community, to reconsider showing the film.

“Regardless of the fact that there is a disclosure saying that ‘the views expressed in the film are those of the filmmakers and don’t necessarily represent the views of officials or staff in the City of Takoma Park government,’ for a government to use taxpayer funds to present a one-sided, highly contentious, and highly biased film as part of a ‘cultural series’ of presentations is short-sighted, highly problematic, and frankly discriminatory against the mainstream Jewish community,” said the letter sent Friday to Takoma Park’s mayor and council.

The Jewish Telegraphic Agency has requested comment from the municipality.