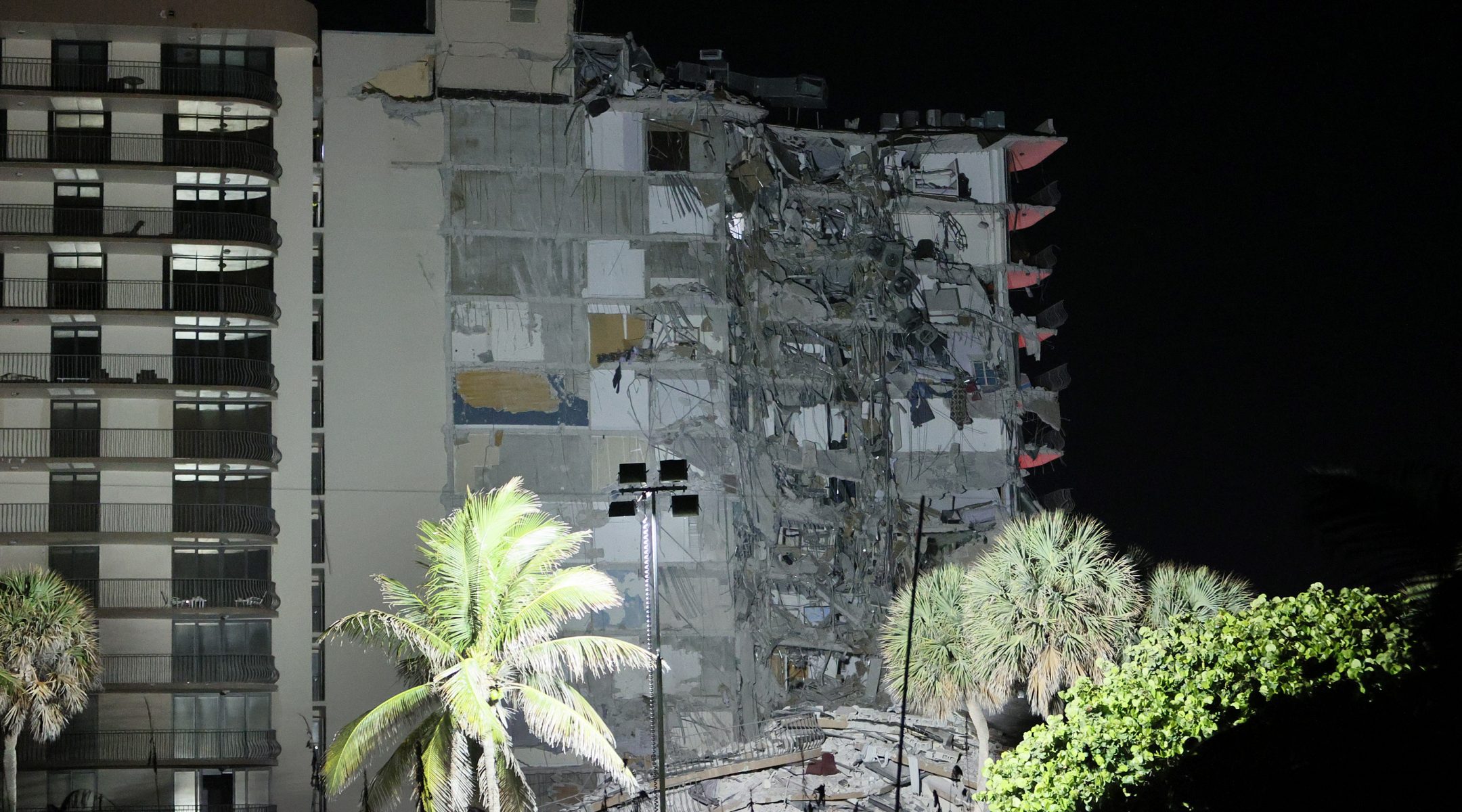 A portion of the 12-story condo tower crumbled to the ground during a partial collapse of the building on June 24, 2021 in Surfside, Florida. (Joe Raedle/Getty Images)
Advertisement

At least one person has been killed in the collapse, which took place without warning at about 2 a.m., and authorities in Surfside say they fear many more fatalities. The building, part of a complex called Champlain Towers, is home to year-round residents rather than people who move there from colder climates for the winter.

Hatzalah of South Florida, an Orthodox ambulance service, has established a command center at the collapse site, according to a tweet posted early Thursday by Chevra Hatzalah, the service covering New York City.

Nearly half of Surfside’s roughly 6,000 residents are Orthodox Jews, many associated with the Hasidic Chabad Lubavitch movement, which established a presence in the area in the 1980s. WhatsApp groups with many Orthodox Jews who have ties to the area buzzed Thursday with concerns about community members. Some listed names of people understood to be missing.

The collapsed building is on Collins Avenue, one mile south of The Shul, an Orthodox synagogue where last week Florida Gov. Ron DeSantis signed bills granting new privileges to Hatzalah of South Florida and creating a daily moment of silence in Florida schools.