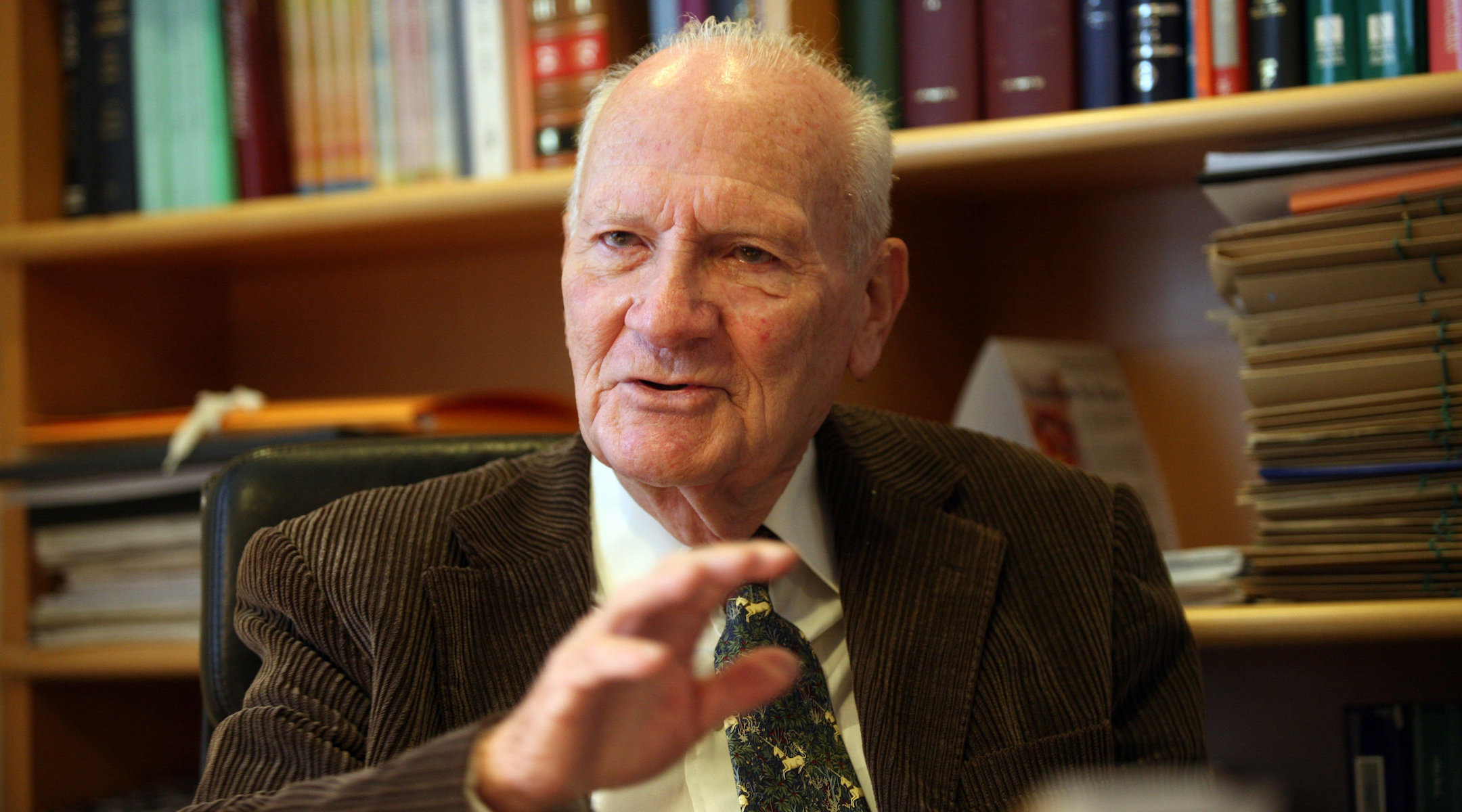 (JTA) – Meir Shamgar, a former president of the Israeli Supreme Court who started his legal studies by correspondence in an Eritrean prison, has died. He was 94.

Shamgar, who was deported and jailed because of his activities with the Irgun paramilitary group, served as the head of Israel’s top court from 1983 to 1995. He had joined the court in 1975.

Among his most notable policy changes as president was to lift many limitations on who can petition the court, including nonprofit organizations. The move, which Shamgar’s allies and opponents agree laid the foundations for the court’s judicial activism approach, significantly empowered the court to intervene on government policy, making it a decider in Israeli society rather than merely an arbiter.

In a biography of Shamgar, the Supreme Court said he had been a “champion of free speech” throughout his years as a judge.

Shamgar also headed the committee of investigation that looked into the omissions exposed in the 1995 assassination of prime minister Yitzhak Rabin.

He “had an important role in shaping the foundation of Israeli jurisprudence, including legal policy in Judea and Samaria,” Israeli Prime Minister Benjamin Netanyahu said about Shamgar in a statement Friday, using the biblical terms for the West Bank.

Born in 1925 in Danzig, now Gdansk in Poland, Shamgar moved to the British Mandate of Palestine in 1939.

Five years later he was arrested by the British for his role in the Irgun, or Etzel, and was sent to Eritrea. In prison there, Shamgar studied law by correspondence with the University of London and, following his release, later completed studies in history and philosophy at the Hebrew University of Jerusalem.

David Ben-Gurion, Israel’s first prime minister, appointed Shamgar chief judge advocate general in 1963 – an unusual nomination because in the days leading up to Israel’s creation, Shamgar’s Irgun had been a rival group to Ben-Gurion’s Haganah.