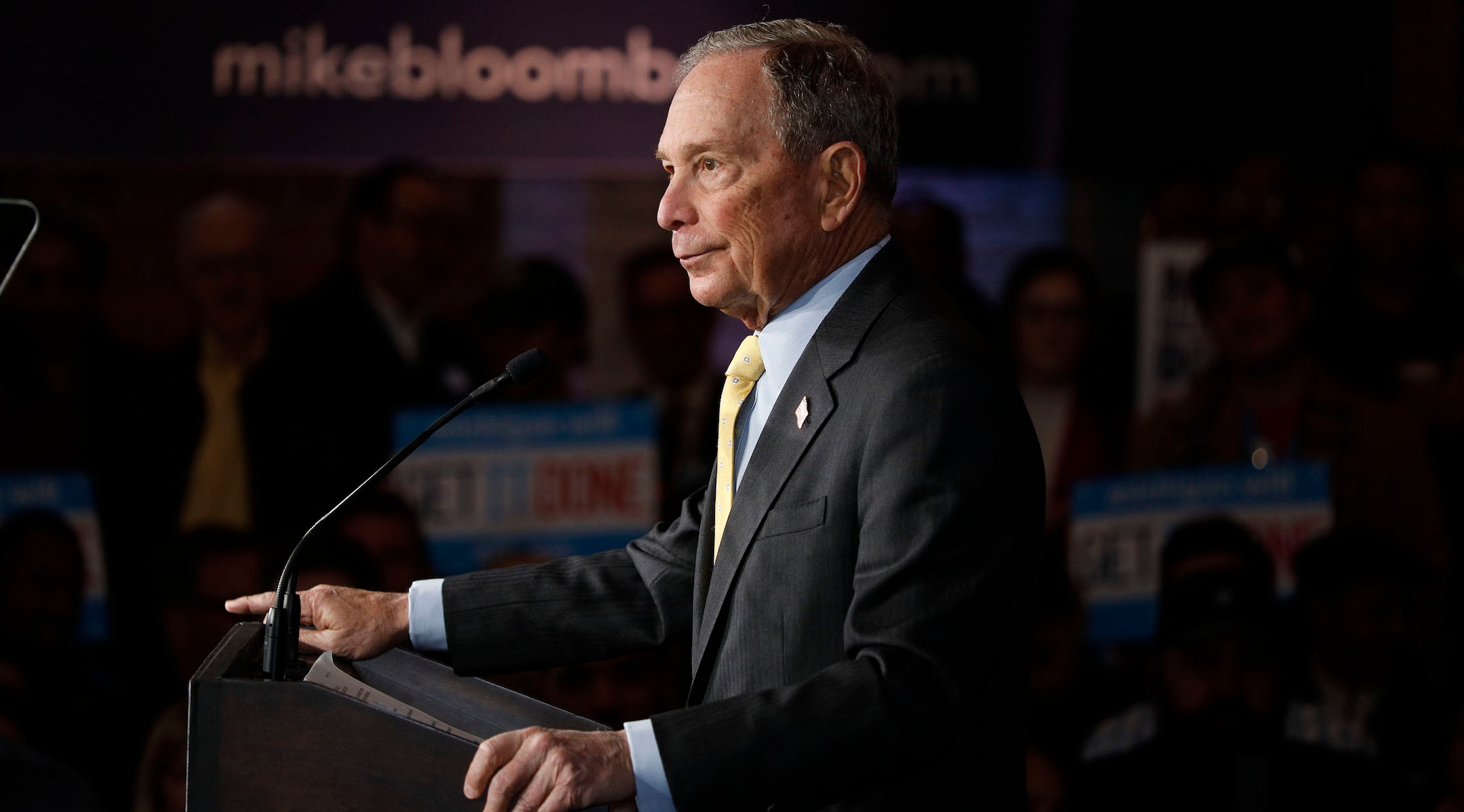 (JTA) — Mike Bloomberg will finally go toe to toe on a debate stage with his fellow Democratic presidential hopefuls.

The billionaire businessman and former New York mayor has qualified for Wednesday’s debate in Las Vegas days ahead of the Nevada caucuses on Saturday. Many of Bloomberg’s rivals in the race have criticized his self-funded run for the White House.

Bloomberg qualified early on Tuesday after coming in at 19 percent in a new NPR/PBS NewsHour/Marist poll — second to Sen. Bernie Sanders. In late January, the Democratic National Committee unveiled new debate rules that drop the requirement that candidates obtain a minimum number of campaign contributors. This paved the way for Bloomberg to take the debate stage, since he is using his private wealth to fund his campaign and is not taking donations.

It will be Bloomberg’s first debate since 2009, according to Politico. Another Democratic debate is scheduled for Feb. 25 in Charleston, South Carolina.

Sanders, the front-runner, has been on the attack against Bloomberg and his entry into the race without participating in the first caucuses and primaries.

“I’ve got news for Mr. Bloomberg, and that is the American people are sick and tired of billionaires buying elections,” Sanders said at a campaign event Sunday in Nevada. Both candidates are Jewish.

Bloomberg has spent over $300 million nationwide on television ads, which is more than the rest of the Democratic candidates combined.