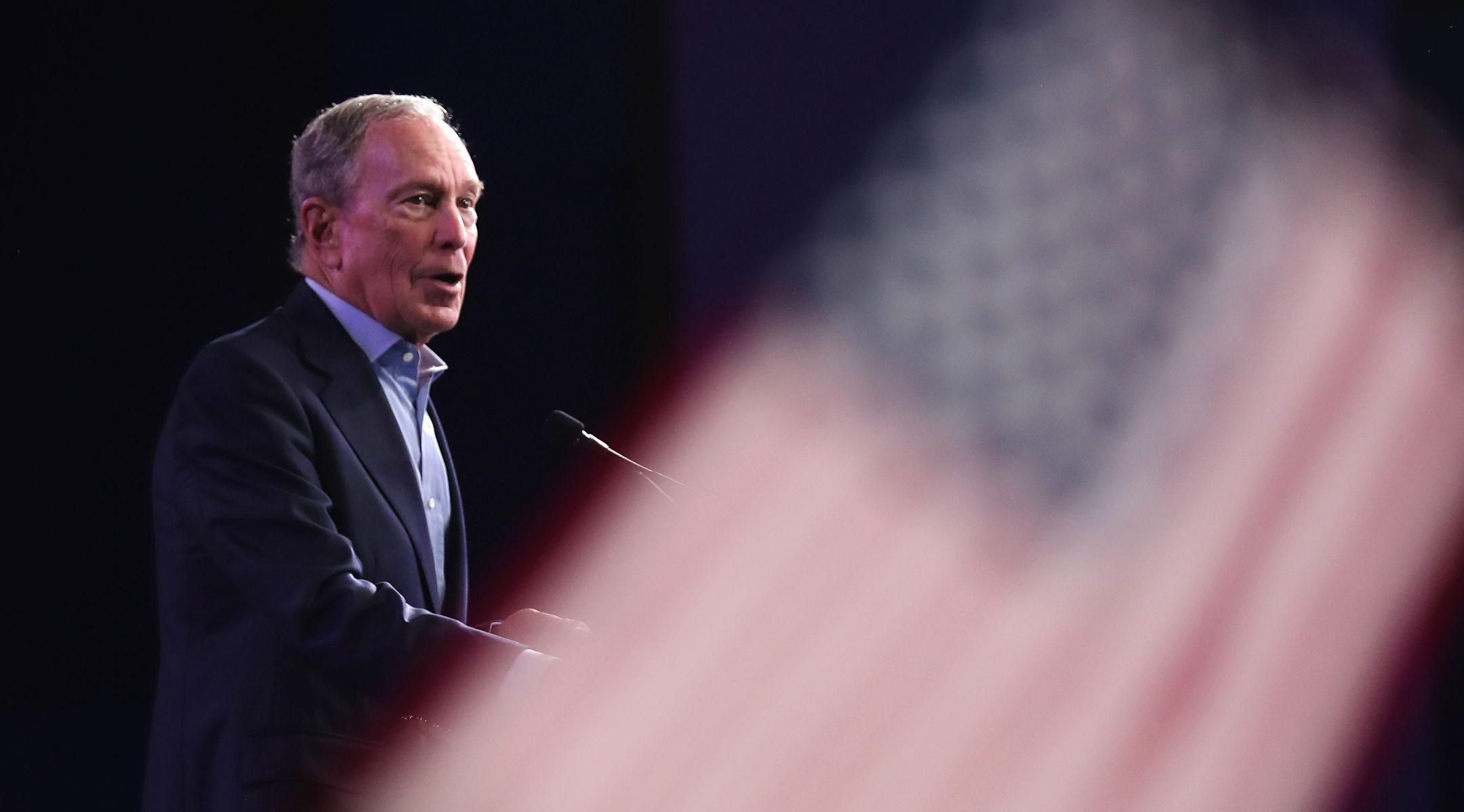 WASHINGTON (JTA) — Mike Bloomberg, the former New York mayor who ran a self-funded campaign for the Democratic presidential nomination, dropped out of the race the day after disappointing Super Tuesday results.

“I’ve always believed that defeating Donald Trump starts with uniting behind the candidate with the best shot to do it,” Bloomberg said Wednesday in a statement. “After yesterday’s vote, it is clear that candidate is my friend and a great American, Joe Biden.”

Bloomberg, a media magnate and one of the wealthiest Americans, spent at least $500 million on his campaign, but was not on the ballot for the first several nominating contests, only coming on when 14 states, a territory and Democrats Abroad went to primaries on Tuesday. He picked up just 12 delegates, six of them in American Samoa.

Even while he was running, Bloomberg said he would pledge his resources to oust Trump, no matter who the candidate is.

Bloomberg’s departure essentially whittles the race down to two candidates: Biden, the former vice president, and Bernie Sanders, the Vermont senator. Sanders and Bloomberg are Jewish.