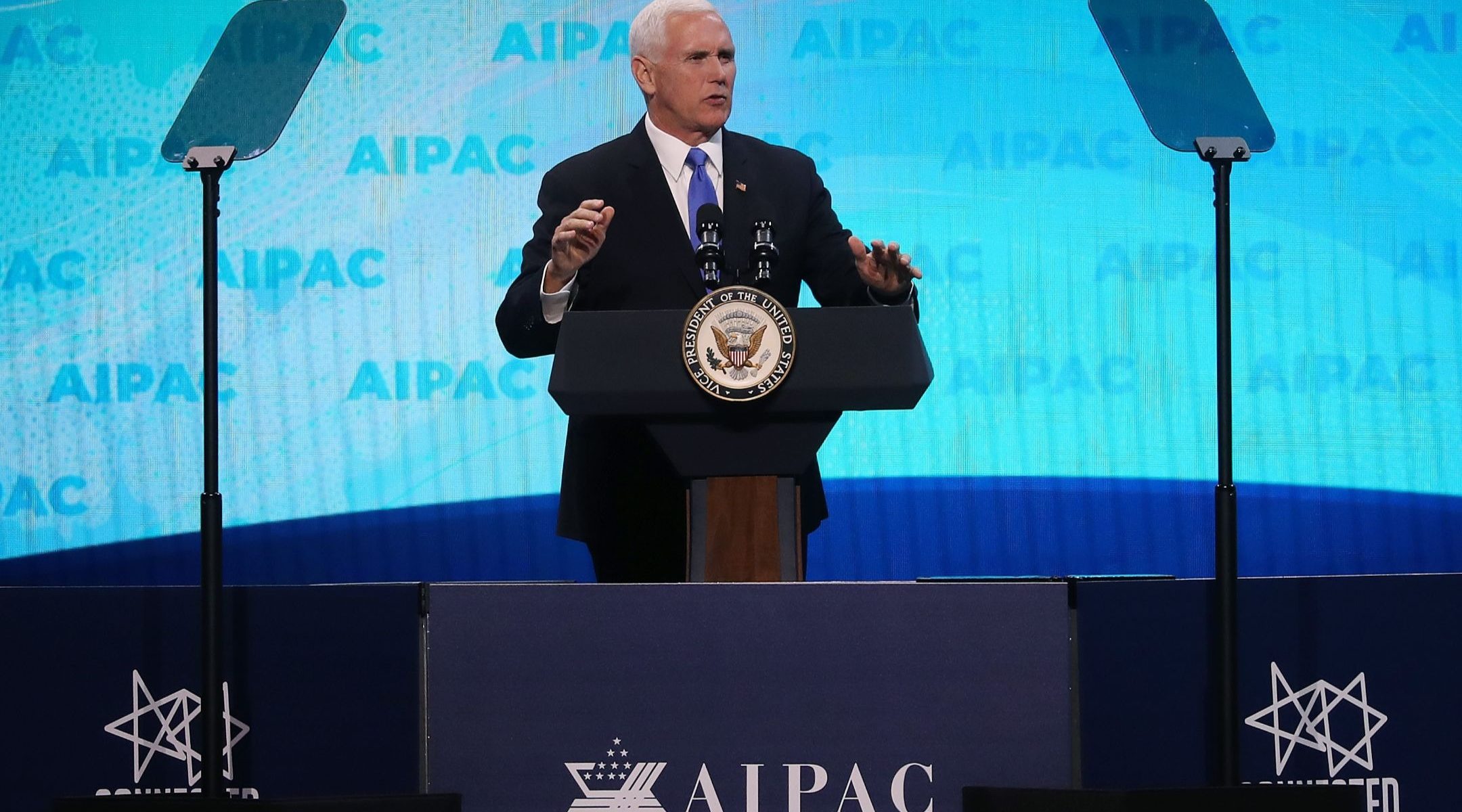 (JTA) — Mike Pence will again appear as a speaker at the Israel lobby AIPAC’s annual conference, as he has every year since he became vice president in 2017.

Pence’s appearance was announced on Monday, hours after the American Israel Public Affairs Committee announced the participation of multiple Democratic leaders who had not previously been confirmed as attending.

In addition to Pence, other members of the Trump administration who are confirmed as speakers for March 1-3 event in Washington, D.C.,  include Secretary of State Mike Pompeo and Ambassador to Israel David Friedman.

Among the Democrats speaking will be two high-profile New York lawmakers, Senate Minority Leader Chuck Schumer and Rep. Hakeem Jeffries, chair of the House Democratic Caucus and one of the House managers in the impeachment trial of President Donald Trump.

Sen. Bernie Sanders, the front-runner among Democratic candidates vying for the presidential nomination, said in a tweet Sunday that he would not be attending for ideological reasons.