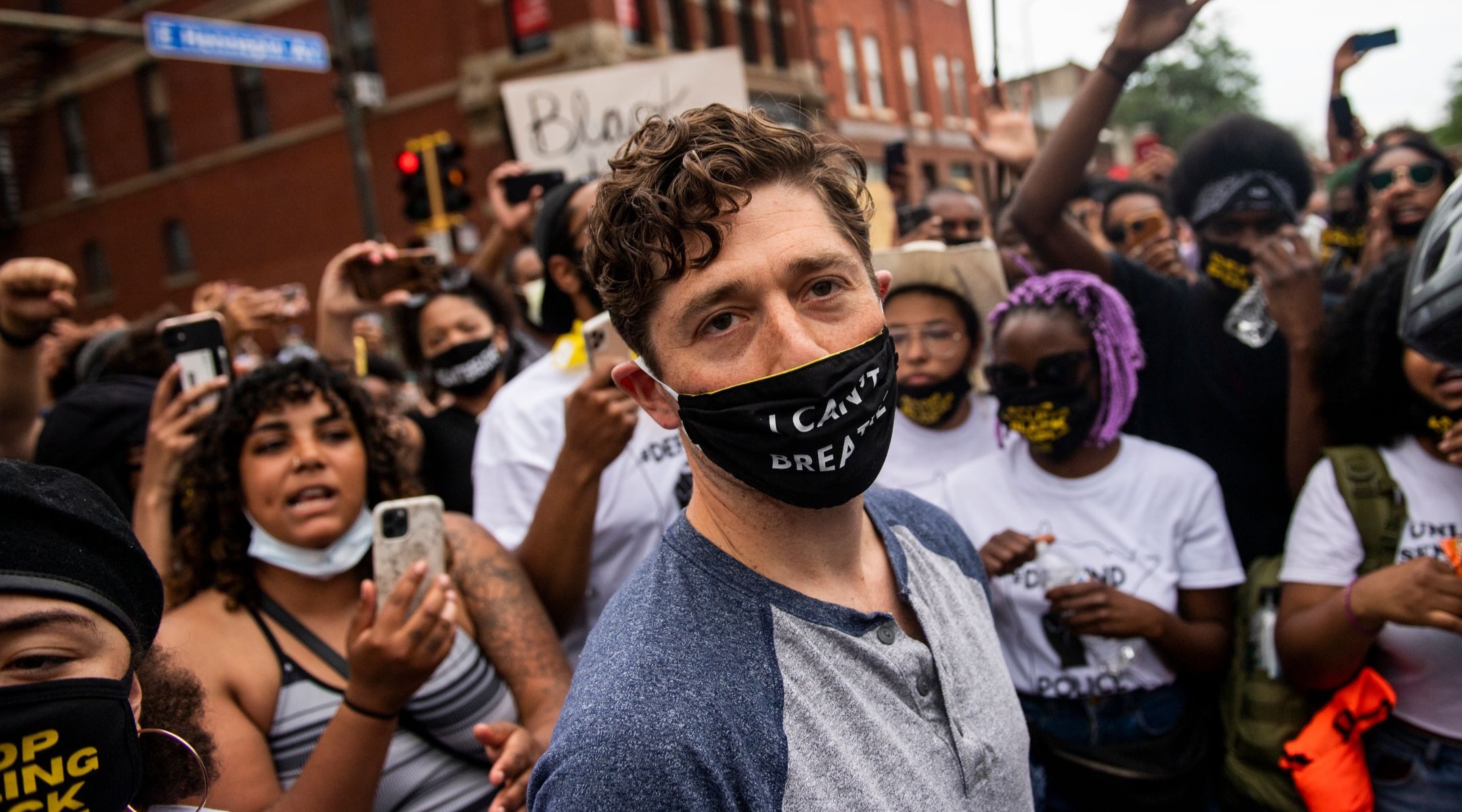 Minneapolis Mayor Jacob Frey is shouted out of a protest in front of his home on June 6, 2020, after he said he did not support defunding the city's police.(Stephen Maturen/Getty Images)
Advertisement

(JTA) — Minneapolis Mayor Jacob Frey was booed out of a protest rally after he said he would not defund the city’s police force.

In videos widely shared on social media over the weekend, the Jewish mayor was asked directly at a protest in the city on Saturday whether he would commit to defunding the department. After Frey replied that he did not support “the full abolition” of the force, protesters shouted “shame” and “Jacob, go home” as Frey retreated from the demonstration.

A 38-year-old lawyer elected in 2018, Frey has found himself a target of widespread protests sparked by the killing of George Floyd by four of the city’s police officers on May 25. Protesters gathered Saturday outside the mayor’s home. It was there that one speaker pressed him to say whether he would defund the police and threatened him with removal from office if he answered no.

“He’s up for reelection next year, and if he says no guess what the f**k we are going to do next year,” she said.

Frey told The New York Times on Sunday that he stayed at the protest for another 45 minutes during which he took questions from reporters.

Minneapolis Mayor Jacob Frey was booed out of a protest after he said he did not support abolishing the police department. https://t.co/MgvPSrI0le pic.twitter.com/SzMTYXaHzQ

Calls for defunding police departments have been a recurring feature of protests that have swept the nation in the days since Floyd’s death. Last week, the Jewish mayor of Los Angeles, Eric Garcetti, said he would cut up to $150 million from a planned increase to his city’s police budget, according to the Times.

In 2019, President Donald Trump attacked Frey after the mayor said his city would not cover the costs of Trump’s security for a rally there.