Miss Universe pageant could be coming to Israel 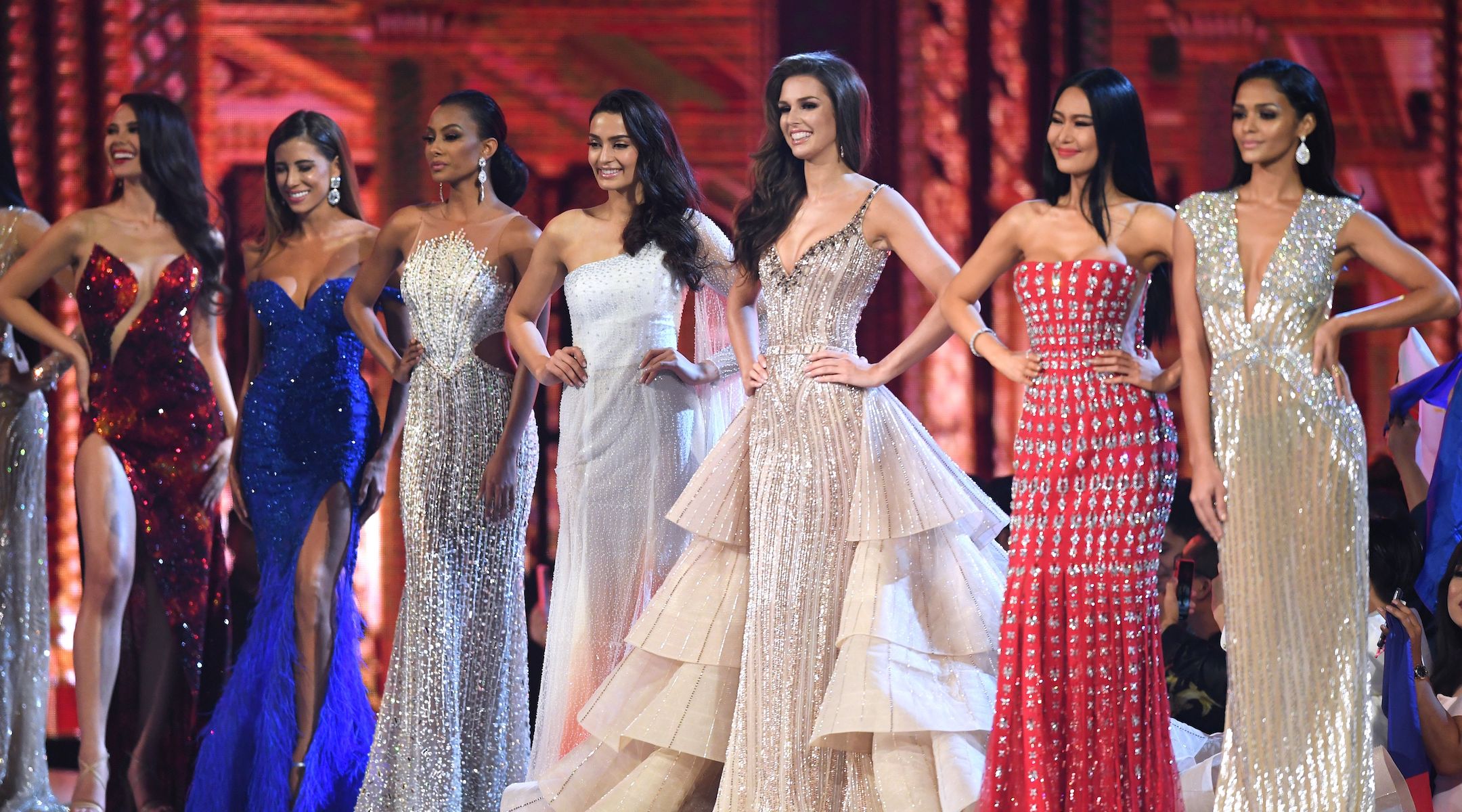 A group of top 10 contestants pose in their evening gowns on stage during the 2018 Miss Universe Pageant in Bangkok, Thailand, Dec. 17, 2018. (Lillian Suwanrumpha/AFP/Getty Images)
Advertisement

JERUSALEM (JTA) — Miss Universe could be crowned in Israel as early as this December, an Israeli daily is reporting.

Representatives of the Miss Universe Organization have met with Israeli producers in New York and have secretly visited Israel, Israel Hayom reported Saturday. The interest comes on the heels of the success of Eurovision in Tel Aviv this year.

In addition, approval of such an event would have to wait until after national elections in September, when government ministries can be involved in the planning process and a budget can be approved.