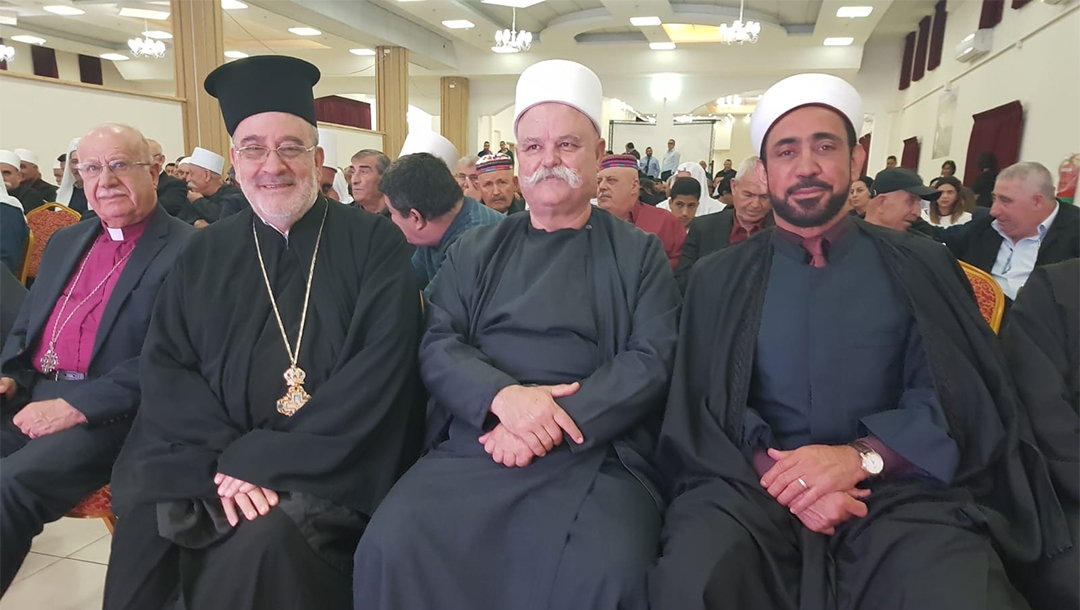 Members of the Global Imams Council during a meeting in 2017 in Baghdad, Iraq. (Courtesy of the Council)
Advertisement

(JTA) — Citing recent “peace efforts” between Israel and several Muslim countries, an international council of Muslim religious leaders adopted a definition of anti-Semitism that includes some forms of vitriol against the Jewish state.

The Global Imams Council, a body created in 2007 in a bid to heal sectarian divisions in war-torn Iraq, announced Thursday its adoption of the International Holocaust Remembrance Alliance’s definition of anti-Semitism, which includes demonization of Israel alongside more traditional forms of anti-Semitism. Palestinian and Muslim groups have long opposed the IHRA definition, as have many critics of Israel, who say it limits free speech.

In its statement, the council, which says it has 1,300 imams in its ranks, wrote that it decided on the move “in light of the current peace efforts being achieved throughout the Middle East,” a reference to Israel’s recent agreements normalizing relations with the United Arab Emirates, Bahrain and Sudan.

“Today, we add our council’s name alongside 34 countries that have adopted this working definition,” the council said. “We live in a time of rising Antisemitism and terrorist attacks, which makes our responsibility as faith leaders greater, and even greater as Imams.

This definition “will be binding on all current and future members” and affiliate institutions, the statement said.

The council said the first suggestion that it adopt the IHRA definition came from the office of the U.S. Department of State’s special envoy to monitor and combat anti-Semitism.

“We ask the Almighty to bring together the hearts of the Children of Abraham and to strengthen the bridges of peace, harmony, understanding and mutual respect. Indeed, He is the All-Hearing,” the statement concluded.