Fareed Zakaria says Muslims should be ‘thoughtful’ when speaking about Israel 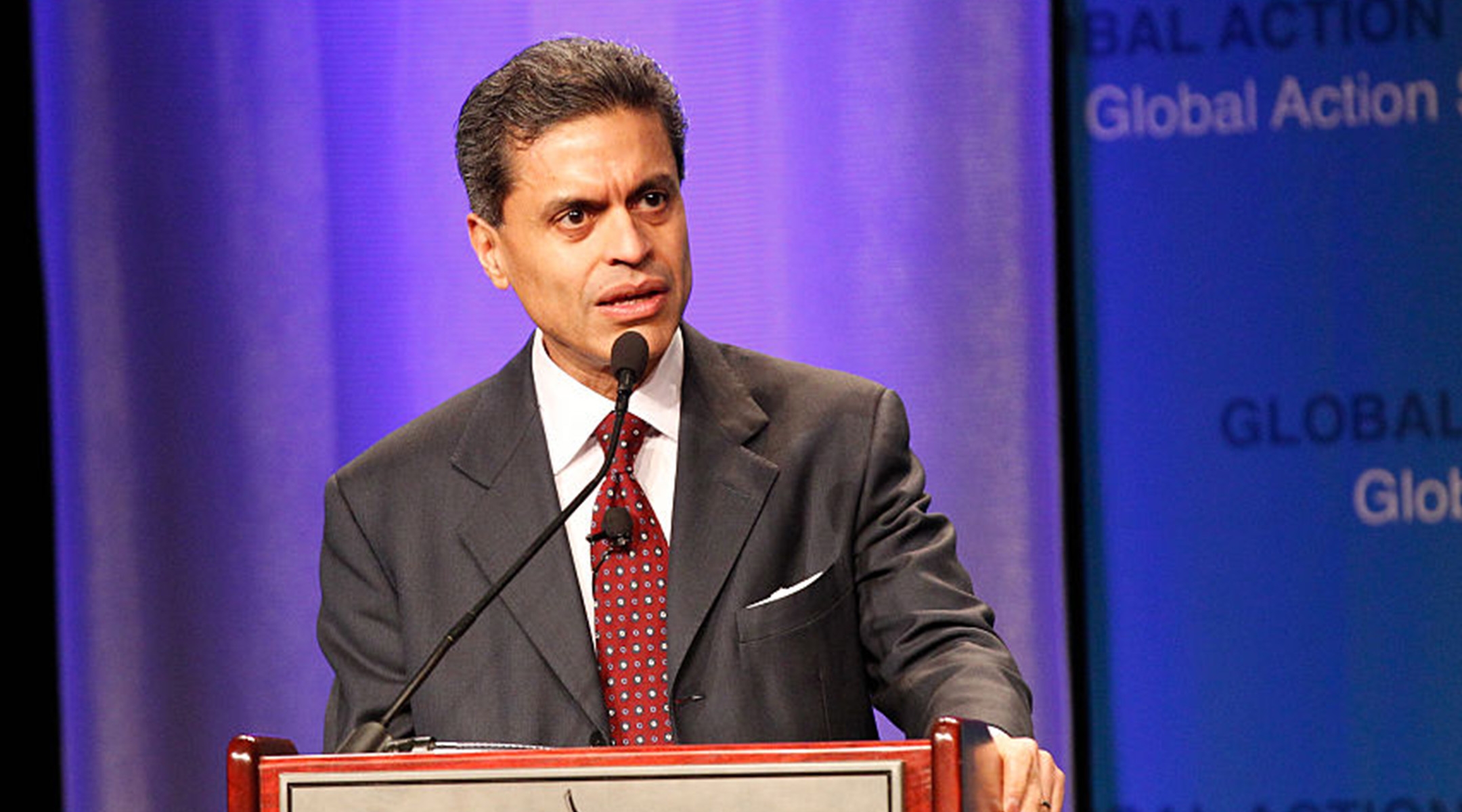 Fareed Zakaria, a prominent CNN host, wrote in an op-ed that Muslims should be “particularly thoughtful” when speaking about the Jewish state and people. (Getty Images)
Advertisement

(JTA) — Fareed Zakaria, a prominent CNN host, wrote in an op-ed that Muslims should be “particularly thoughtful” when speaking about the Jewish state and people.

Writing Friday in the Washington Post, Zakaria said he was responding to the debate about recent statements by Rep. Ilhan Omar, D.-Minn., about the American Israel Public Affairs Committee, which have widely been denounced as anti-Semitic.

“I don’t know what is in the hearts of the two representatives,” Zakaria, who is Muslim, wrote about Omar and Rep. Rashida Tlaib, who has also made controversial statement about Israel. “But I believe that Muslims should be particularly thoughtful when speaking about these issues because anti-Semitism has spread through the Islamic world like a cancer.”

Anti-Semitism, he added, “is now routine discourse in Muslim populations in the Middle East and also far beyond.”

Omar, who is Muslim, suggested inaccurately that AIPAC was paying American politicians to support Israel. After critics said the charge echoed anti-Semitic ideas about Jews and money, she apologized for her remark.

Tlaib last month accused members of Congress of having forgotten “what country they represent,” referring to their support of legislation targeting the boycott Israel movement. Although the lawmakers weren’t themselves Jewish, critics said was perpetuating anti-Semitic tropes about “dual loyalty.”

Zakaria said Israel was guilty of bigoted policies towards Palestinians and that AIPAC exerts considerable political influence over elected officials.

“These are legitimate issues to vigorously debate and discuss in the United States, just as in Israel,” he wrote. “Unfortunately, by phrasing the issue as the two new representatives sometimes have, they have squandered an opportunity to further that important debate.”

He repeated the same sentiments on his Fareed Zakaria GPS news magazine on CNN on Saturday during the segment Fareed’s Take.