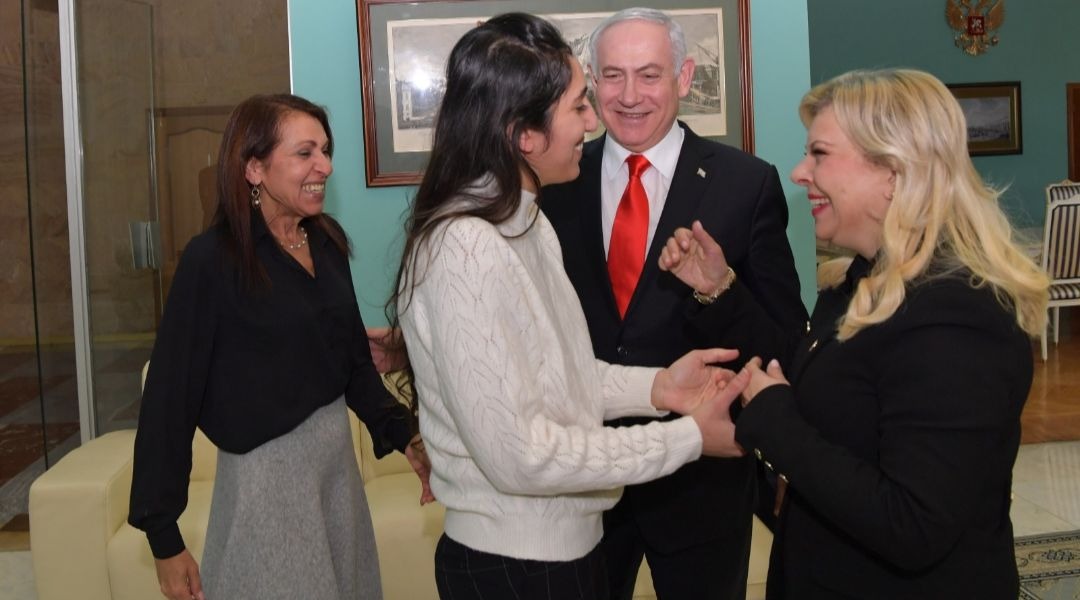 JERUSALEM (JTA) — The mother of American-Israeli backpacker Naama Issachar, who was released after spending 10 months in a Russian prison on drug charges, apologized Monday after her daughter did not mention Prime Minister Benjamin Netanyahu when thanking activists who worked for her release.

Yaffa Issachar made the apology on a Facebook page created to encourage activists to campaign for Naama Issachar’s release. She noted that the thank-you post was “intentionally apolitical,” and that including Netanyahu on the list with all of the activists was “not honorable enough.”

“We are grateful to Prime Minister Netanyahu and his wife, Sara, whose efforts to return Naama are not taken for granted. We will never forget it,” she wrote.

Yaffa Issachar’s post came a day after her daughter said in a post to the same Facebook page: “All of this wouldn’t have happened without you, and i am extremely lucky to have a circle of people that diligently looked after me when i wasn’t able to – you are the ones that brought me home.” She included a list of over 80 individuals and organizations, including celebrities, companies, organizations and media outlets. Netanyahu was omitted from the list.

Netanyahu actively lobbied Russian President Vladimir Putin to grant a pardon to Naama Issachar, who was found with 9 grams of marijuana in her suitcase while returning to Israel from India via Russia and was sentenced to 7 1/2 years for drug smuggling. Netanyahu flew to Moscow to bring home Issachar after her pardon last month.