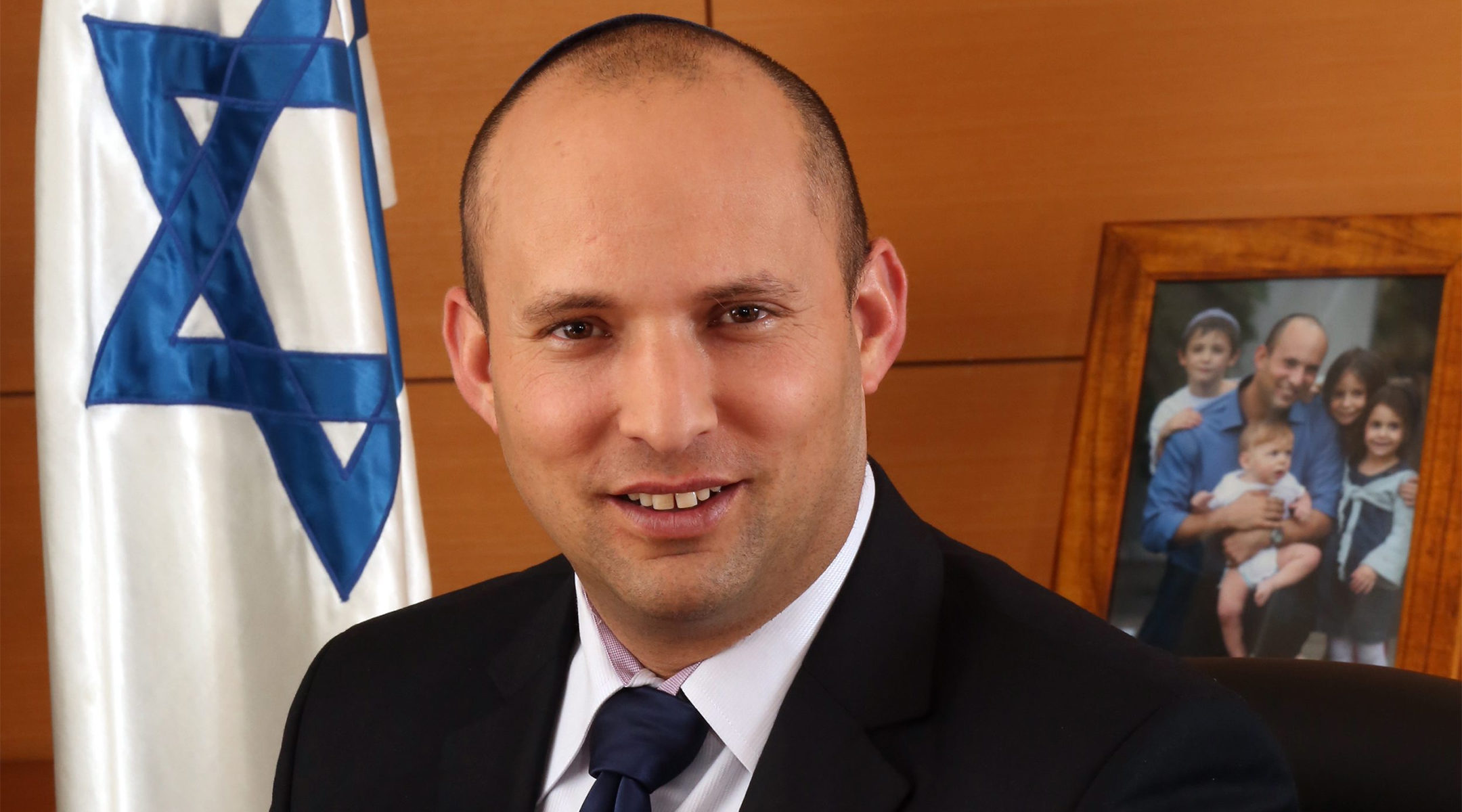 Naftali Bennett joined his New Right party with Likud to form a single Knesset faction. (Spokesperson of The Ministry of Economy)
Advertisement

(JTA) — Naftali Bennett, head of the New Right party, has been appointed Israel’s defense minister while agreeing to have his party join with Prime Minister Benjamin Netanyahu’s Likud to form a single Knesset faction.

Netanyahu, who heads a caretaker government pending coalition talks following the September general election, appointed Bennett on Friday, the same day of the joint agreement on their parties, Ynet reported.

Netanyahu failed in his bid to form a government following the September election. Though the union with New Right could make Likud the largest party in Israel, it is unlikely to affect any efforts to form a ruling coalition. It would, however, shore up Netanyahu’s position in the event of another election.

Benny Gantz, who heads the centrist Blue and White party, is in talks with various parties but has reported no major breakthroughs and appears gridlocked. He has another 13 days.

If he fails to come up with a coalition by the end of that deadline, there will be another three-week period in which any lawmaker may receive the endorsement of 61 lawmakers to become prime minister. If that does not happen, a new election – the third since April – will be called.