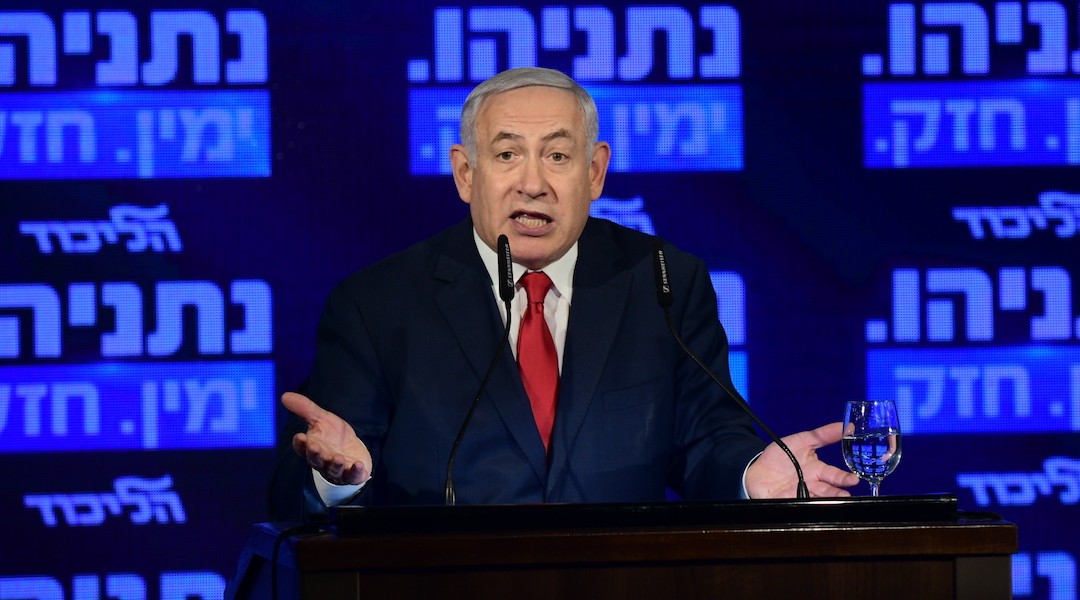 (JTA) — The European Union said it remains committed to the nuclear deal with Iran despite that country’s claims that it violated its terms, prompting Israel to accuse Brussels of 1930s-like appeasement.

The allegation by Israeli Prime Minister Benjamin Netanyahu followed an announcement Monday by Federica Mogherini, the EU foreign policy chief,  that “For the time being, none of the parties to the agreement has signaled their intention to invoke” an article dissolving the deal, Reuters reported.

Fars, the Iranian state news service, reported this month that the country’s enriched uranium stockpile exceeded 300 kilograms — a level that violates the 2015 deal. The Joint Comprehensive Plan of Action, or JCPOA, offers Iran relief from sanctions in exchange for its scaling back of parts of its nuclear program until 2025.

The United States, which under former President Barack Obama was the driving force behind the deal, pulled out last year under President Donald Trump and snapped back sanctions on Iran and third parties that do business with the Islamic Republit. With its economy crippled by the sanctions, Iran has threatened to pull out of the JCPOA as well, though the other parties to the agreement — the European Union, Russia and China – have called for its adherence.

The European decision to overlook Iran’s alleged violation of the deal “reminds me of the European appeasement of the 1930s,” Netanyahu said in a video statement Monday.

In that decade, Britain and the Soviet Union avoided conflict with an increasingly belligerent Nazi Germany, allowing the country to develop its military ahead of World War II.