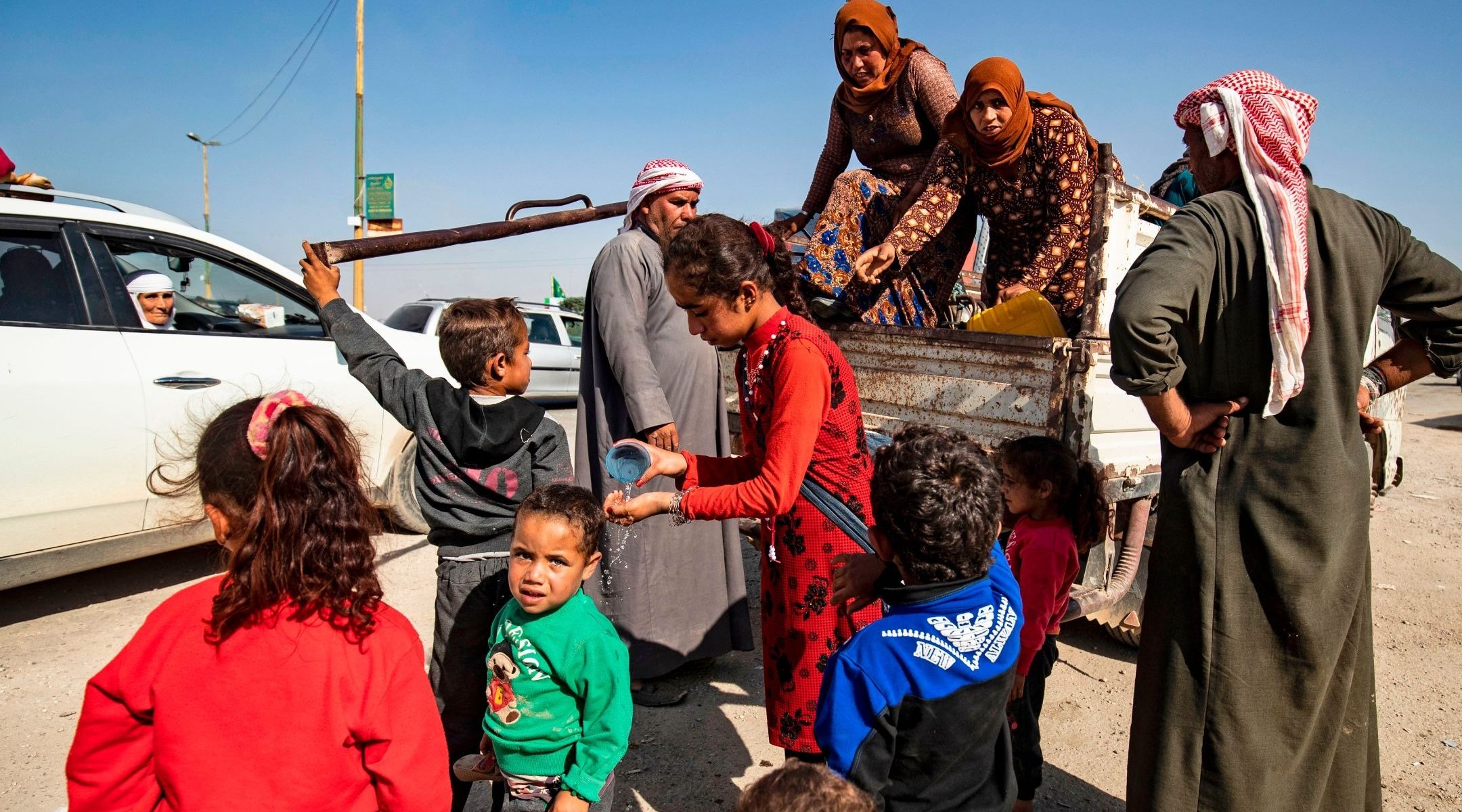 “Israel strongly condemns the Turkish invasion of the Kurdish areas in Syria and warns against the ethnic cleansing of the Kurds by Turkey and its proxies,” Netanyahu said in a statement released by the Prime Minister’s Office on Thursday afternoon. “Israel is prepared to extend humanitarian assistance to the gallant Kurdish people.”

They were the Israeli leader’s first comments on the situation in northeastern Syria since President Donald Trump announced Monday that he would withdraw U.S. troops from northern Syria, leaving the door open for the gap in territory to be filled by elements hostile to Israel. The Netanyahu statement did not mention the withdrawal.

The move came following a phone call between Trump and Turkish President Recep Tayyip Erdogan, who said Turkey would begin a military offensive in the area.

“Turkey will soon be moving forward with its long-planned operation into Northern Syria,” a statement issued Monday from the White House said. “The United States Armed Forces will not support or be involved in the operation, and United States forces, having defeated the ISIS territorial ‘Caliphate,’ will no longer be in the immediate area.”

Netanyahu has previously announced support for an independent state for the Kurds.

Also Thursday, Israeli politicians across the political spectrum also issued statements in support of the Kurds.