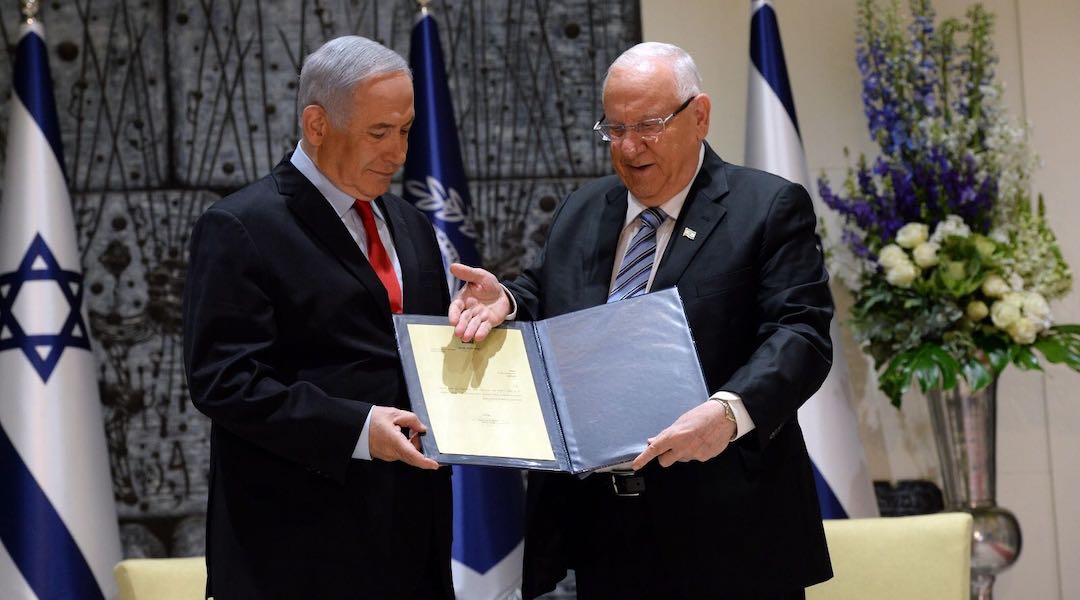 Rivlin met Wednesday evening with Netanyahu at the president’s residence in Jerusalem hours after receiving the official results of last week’s national elections. Party leaders representing 65 of the 120 lawmakers in the new Knesset recommended Netanyahu to form the new government.

In the final vote tally, both Netanyahu’s Likud party and the Blue and White party led by Benny Gantz received 35 seats, with the haredi Orthodox United Torah Judaism gaining the additional seat to put it at eight. The rest of the parties remained the same, with Shas gaining eight; Hadash-Taal and Labor each with six; Yisrael Beiteinu and the Union of Right-Wing Parties each with five; and Meretz, Raam-Balad and Kulanu each with four.

Netanyahu has 28 days to form a ruling government coalition. That can be extended by up to 14 days.

Knesset members are scheduled to be sworn in on April 30.

Netanyahu has been the prime minister since 2009 and also served in the post for four years in the 1990s.