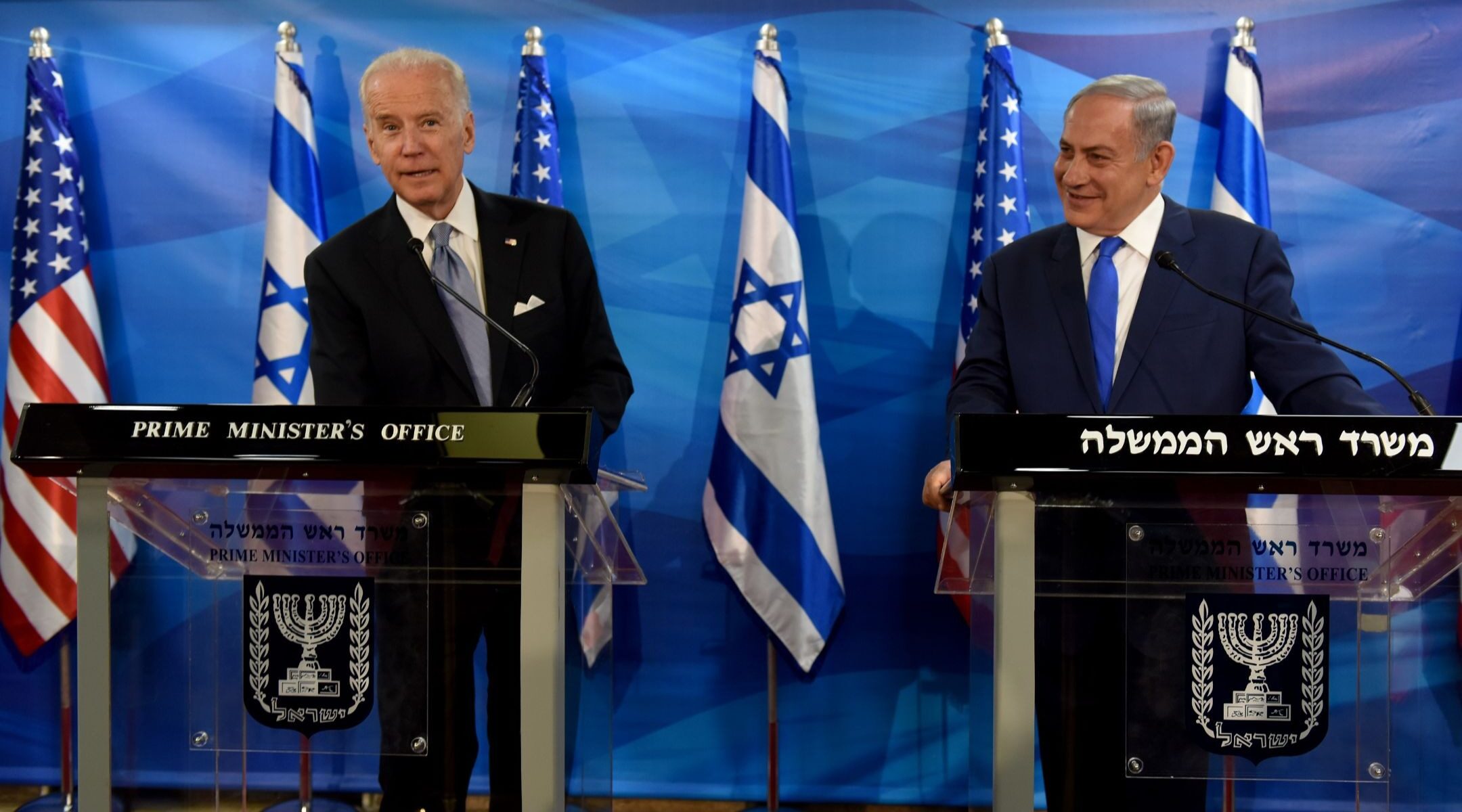 (JTA) — Israeli Prime Minister Benjamin Netanyahu insisted on Tuesday that for him “there is no difference if it’s a Republican or Democratic administration.”

“What I see before my eyes is not Democrats and not Republicans. It is just the state of Israel,” Netanyahu said in a speech to Israel’s Knesset, the Associated Press reported. “I am committed to stand behind the interests that are crucial to our future and our existence and this is how I will continue even with the next American administration.”

Netanyahu, who is close with Republican leadership, thanked Donald Trump for his robust support throughout his presidency during a speech before a vote ratifying the country’s recent peace agreement with Bahrain. But unlike many Republicans and some world leaders who back Trump, Netanyahu has also congratulated Joe Biden on his presidential victory, and in his speech he applauded Biden for pledging to support the peace deals that the Trump administration helped broker between Israel and two other neighboring Arab states.

Netanyahu mentioned that he has shared two “unforgettable” moments with Biden, according to the Times of Israel — a conversation after Netanyahu’s father died in 2012 and a long phone call after Biden’s son Beau died in 2015.

“There are things that are above politics and above diplomacy,” Netanyahu said.

Reports are swirling that as president Biden will seek to reenter the Iran nuclear deal, an agreement that Netanyahu despises, claiming that it boosts a regime that calls for Israel’s destruction. Netanyahu did not comment on the Iran deal in his speech Tuesday.