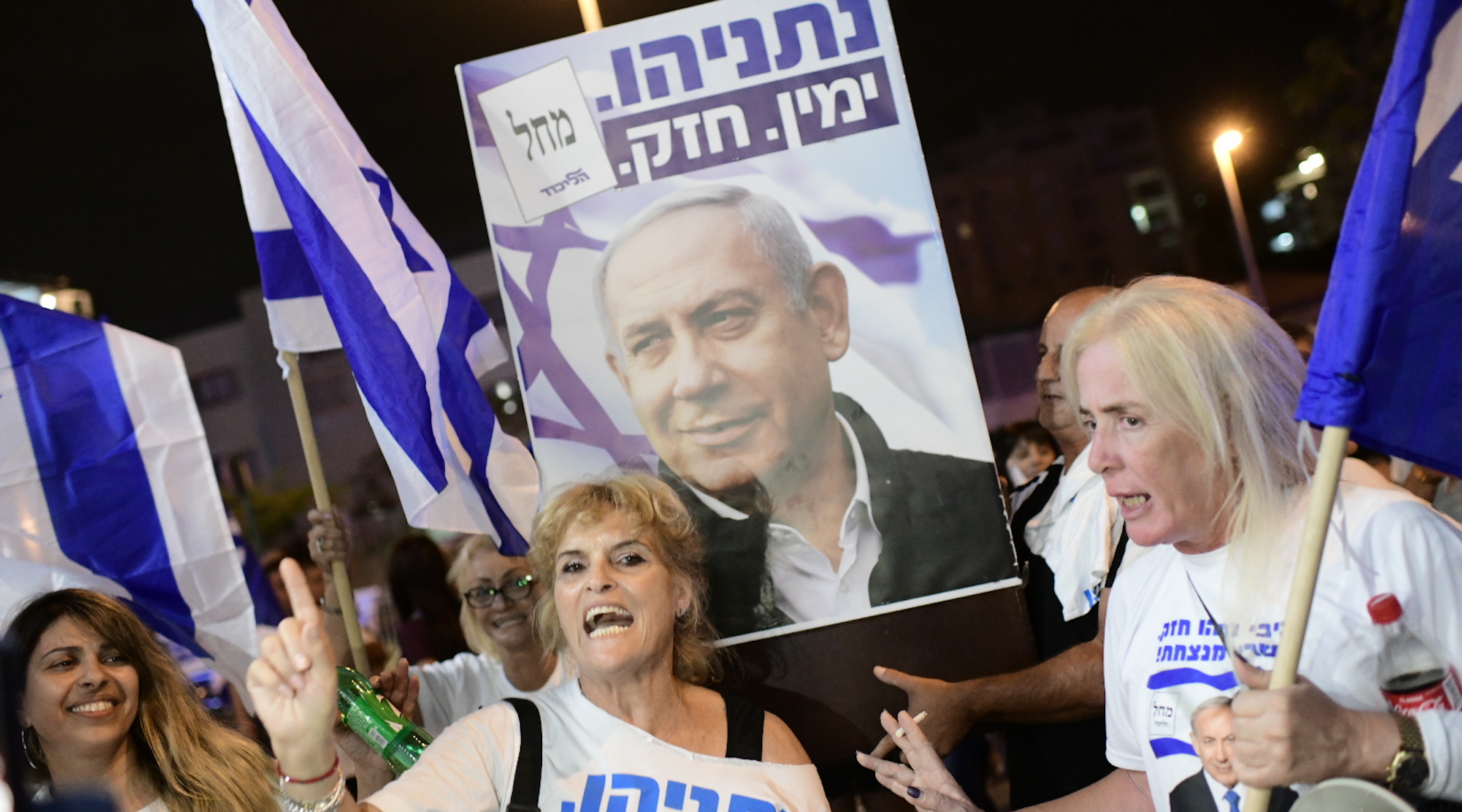 Israelis demonstrate in support of Prime Minister Benjamin Netanyahu outside the Petach Tikvah home of the country's attorney general of ahead of the hearings on the corruption cases against Netanyahu, Oct. 1, 2019. (Tomer Neuberg/Flash90)
Advertisement

Lawyers for Netanyahu appeared at the hearings in Jerusalem without their client, who was scheduled to participate in talks in an effort to to build a governing coalition. The attorneys said they were confident they could refute the allegations.

“We’re sure that when we finish, there will be no choice but to close the case,” said one of the lawyers, Amit Hadad, The Times of Israel reported, citing the Kan public broadcaster.

The hearings on Wednesday deal with Case 4000, which alleges that Shaul Elovitch, the majority shareholder of Bezeq, received political favors for the Israeli telecommunications giant in return for favorable coverage of Netanyahu on the Walla! news website owned by the company.

Attorney General Avichai Mandelblit is expected to announce whether he will indict Netanyahu not long after the hearings are completed.

Mandelblit announced in March that he intends to indict Netanyahu for bribery, fraud and breach of trust. Netanyahu is the first sitting prime minister to face a pending indictment.

Netanyahu is struggling to get his right-wing allies together to form a governing coalition following a second Israeli election last month. The longtime incumbent could not assemble a coalition government following elections in April, which led to the Sept. 17 vote.