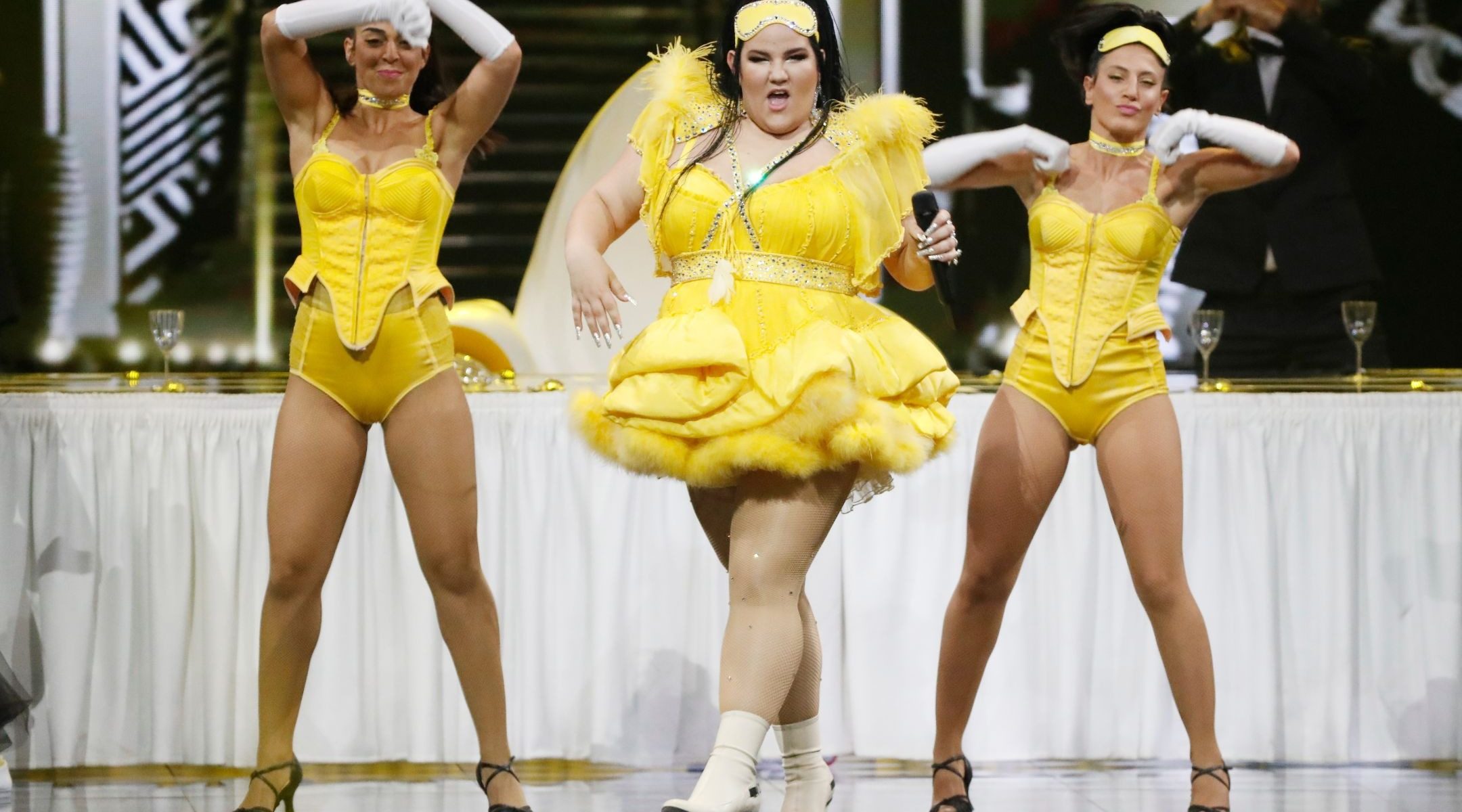 JERUSALEM (JTA) — Israeli singer Netta Barzilai is rumored to have a role in the Will Ferrell-Rachel McAdams Netflix film “Eurovision.”

Barzilai was the international song contest’s winner in 2018, allowing Israel to host the event this year.

Ferrell and McAdams were seen on the sidelines of Eurovision in May in Tel Aviv and reportedly shot some scenes there.

The Kan public broadcaster reported that “it appears” that Barzilai will participate in the film. When asked, Barzilai said that she is “prevented” from addressing the topic, but that she is “always excited about new adventures.”

Ferrell reportedly is a fan of Eurovision after being introduced to the competition by his Swedish-born wife.

In a July 2018 interview, just weeks after winning Eurovision and when rumors first began to swirl that Ferrell would do a satirical film about the contest, Barzilai said in an interview that she hoped Ferrell “would treat Eurovision with the respect it deserves.”