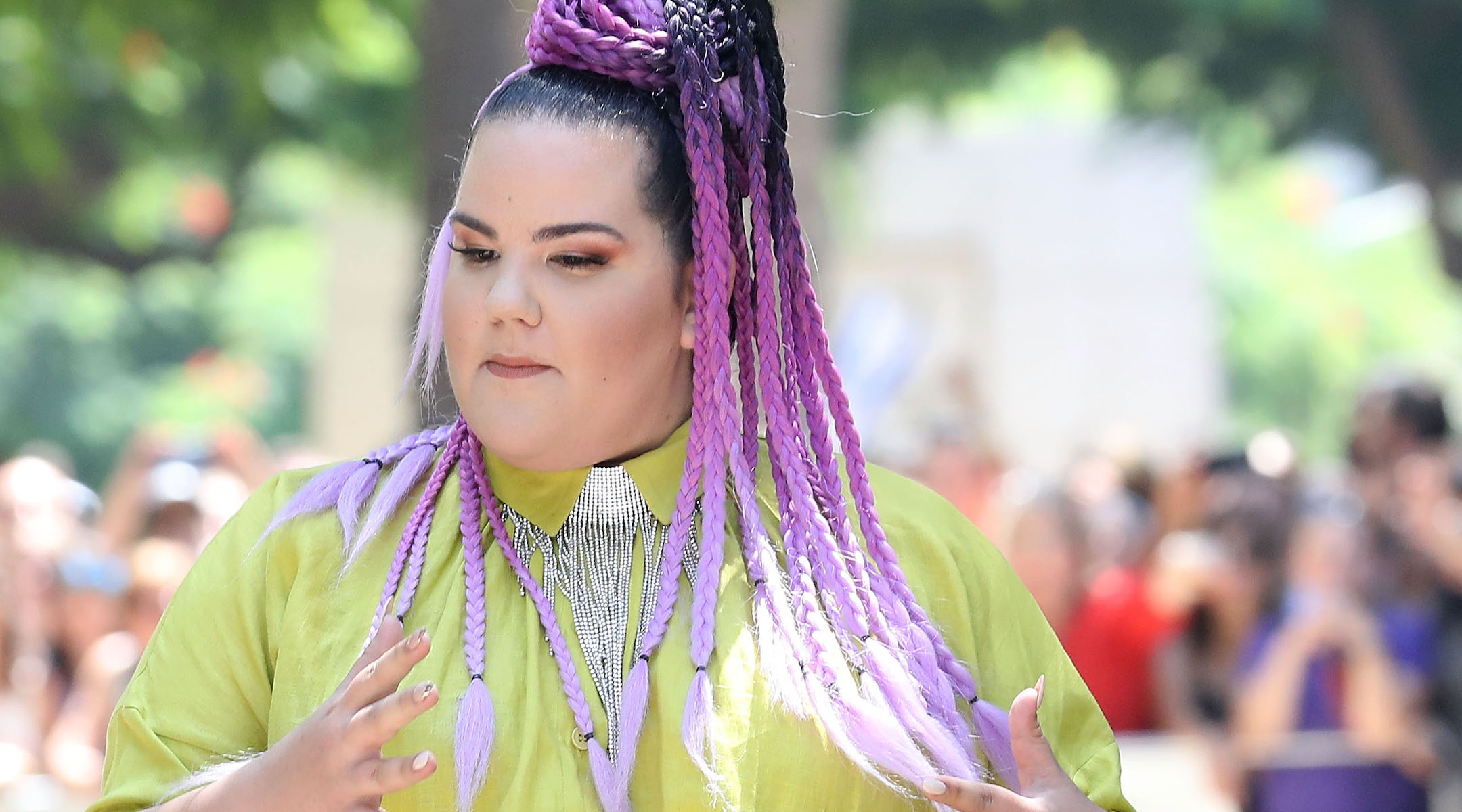 JERUSALEM (JTA) — Calls to boycott this year’s Eurovision in Tel Aviv is a “bullying” of artists, the Israeli winner of the 2018 song contest said.

Netta Barzilai, 26, told foreign journalists in Israel ahead of next month’s contest there that Eurovision is all about celebrating diversity. She said she is “not a political person.”

“Being on the same stage, no matter what your religion or ethnicity or color, from all these countries, from all these cultures, this is a festival of light,” she said Monday. “For people to boycott light is spreading darkness. It’s the exact opposite thing.”

Barzilai won the contest in May 2018 with her pop song “Toy.” Her win gave Israel the right to host the 2019 contest.

Calls to boycott the contest taking place in Israel have come from supporters of the Boycott, Divestment and Sanctions movement against Israel, including musicians such as Pink Floyd’s Roger Waters and British singer Peter Gabriel.

Meanwhile, about 100 artists from around the world have signed a statement against the boycott of the contest.

“We believe that unifying events, such as singing competitions, are crucial to help bridge our cultural divides and bring people of all backgrounds together through their shared love of music,” read the statement from the nonprofit organization the Creative Community For Peace. “Unfortunately, this year, the spirit of togetherness is under attack by those calling to boycott Eurovision 2019 because it is being held in Israel, subverting the spirit of the contest and turning it from a tool of unity into a weapon of division.”

Among the signers are Gene Simmons, Stephen Fry and Sharon Osbourne.

More than 15,000 people have signed a change.org petition in support of Eurovision.

The semifinals will be held in Tel Aviv on May 14 and 16, followed by the grand final on May 18.