Joe Biden, inspired to run in shadow of Charlottesville anti-Semitism, wins the presidency 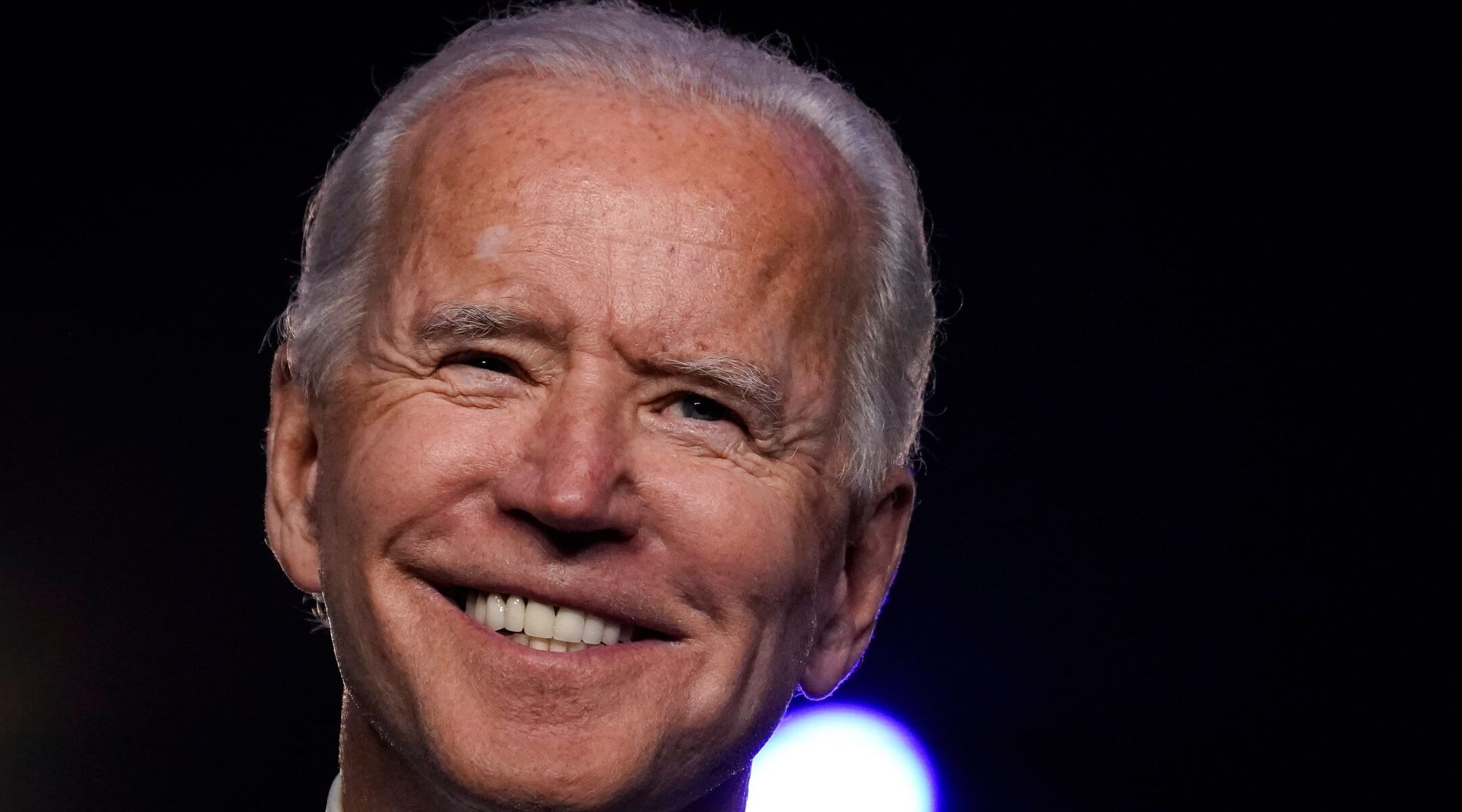 WASHINGTON (JTA) — Major media have called the presidency for Joe Biden, citing what they say is his insurmountable lead in votes counted in Pennsylvania.

The former vice president achieved the rare ousting of an incumbent president, Donald Trump, and stands to dramatically shift U.S. policy in a number of areas, including a robust confrontation with the flourishing of bigotry in the United States and the repairing of U.S. ties with European and Asian allies.

The outcome was called Saturday, the fifth day of counting in five states where the outcome was close: Pennsylvania, Arizona, Nevada and Georgia, where Biden is leading, and North Carolina, where Trump is leading. Outlets calling the election for Biden included NBC, CNN, the Washington Post and The Associated Press.

Biden’s win also makes some Jewish history: Doug Emhoff, husband to Vice President-elect Kamala Harris, will be the first male and the first Jew in a spousal supporting role for a vice president.

Biden launched his campaign in April 2019 saying he was spurred to run — an option he forewent in 2016 — because of what he said was Trump’s encouragement of bigotry and anti-Semitism. Biden singled out Trump’s equivocations after the deadly neo-Nazi march in Charlottesville, Virginia in 2017.

One of his likeliest foreign policy shifts will be to reenter the Iran nuclear deal, which relieved sanctions on Iran in exchange for a rollback of its nuclear program.

Trump exited the deal in 2018, although the United States’ European partners did not, a major point of contention in the western alliance. Iran, hit by deeply intensified U.S. sanctions, has seen its economy crumble, but is advancing its nuclear program more aggressively than ever, citing Trump’s walkout as a pretext.

Biden otherwise will likely leave much of Trump’s Israel-related policy intact: He has said he will not move the U.S. embassy back to Tel Aviv from Jerusalem, and has praised the normalization accords Trump brokered between Israel and the United Arab Emirates, Sudan and Bahrain. Biden and Harris have pledged to restore U.S. funding to the Palestinians cut by the Trump administration and the focus on achieving a two-state solution.

Late Friday night, Biden spoke in his hometown of Wilmington, Delaware, anticipating a win, but not outright calling it. It was an impassioned appeal for unity after one of the most divisive elections in U.S. history.

Trump was not conceding. “We all know why Joe Biden is rushing to falsely pose as the winner, and why his media allies are trying so hard to help him: they don’t want the truth to be exposed,” said Trump who has falsely claimed vote fraud since the counting started, and whio has mounted legal challenges against Biden majorities in some states. “The simple fact is this election is far from over.”