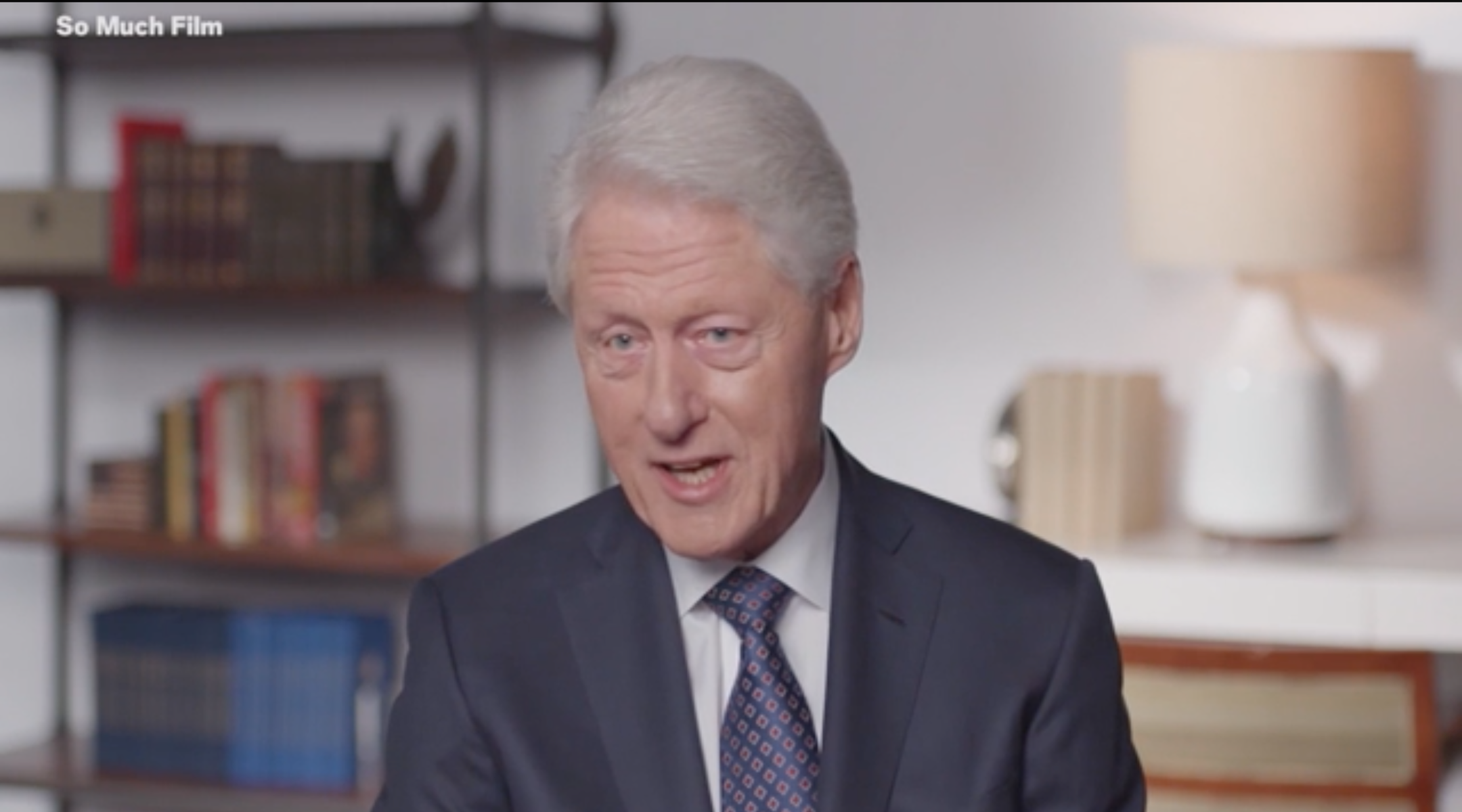 Bill Clinton speaks in a clip from "Viral: Antisemitism in Four Mutations." (Screenshot from Newsweek)
Advertisement

(JTA) — A new documentary featuring experts on anti-Semitism, as well as former President Bill Clinton, examines anti-Semitism in the United States and several countries in Europe.

“Viral: Antisemitism in Four Mutations,” which is set to be released this month, focuses on the Pittsburgh synagogue shooting, former Labour leader Jeremy Corbyn and the anti-Semitism scandal in his British political party, Hungarian Prime Minister Viktor Orban’s campaign against Jewish liberal financier George Soros and anti-Semitic attacks in France.

Director Andrew Goldberg told Newsweek that he believes anti-Semitism is on the rise because of a polarized political environment that’s amplified by social media.

“I see today’s society becoming more fractured and angrier,” he said. “The eruption of anger is at an all-time high. I don’t think we’d be at the level of anti-Semitism now without Facebook, Twitter and Instagram. All these communities give people a sense of alignment with one another.”

The documentary features Brad Orsini, Pittsburgh’s Jewish community security director, who conducted a training for the Tree of Life*Or L’Simcha congregation before the shooting took place in October 2018. Along with Clinton, it features Holocaust historian Deborah Lipstadt, conservative columnist George Will and other experts.

“In any group like that, promoting any sort of racism, any sort of religious bigotry, any sort of paranoia, if you do it long enough, you’ll pick up, eventually, somebody crazy enough to do what was done in Pittsburgh,” Clinton said in a clip from the documentary provided to Newsweek.