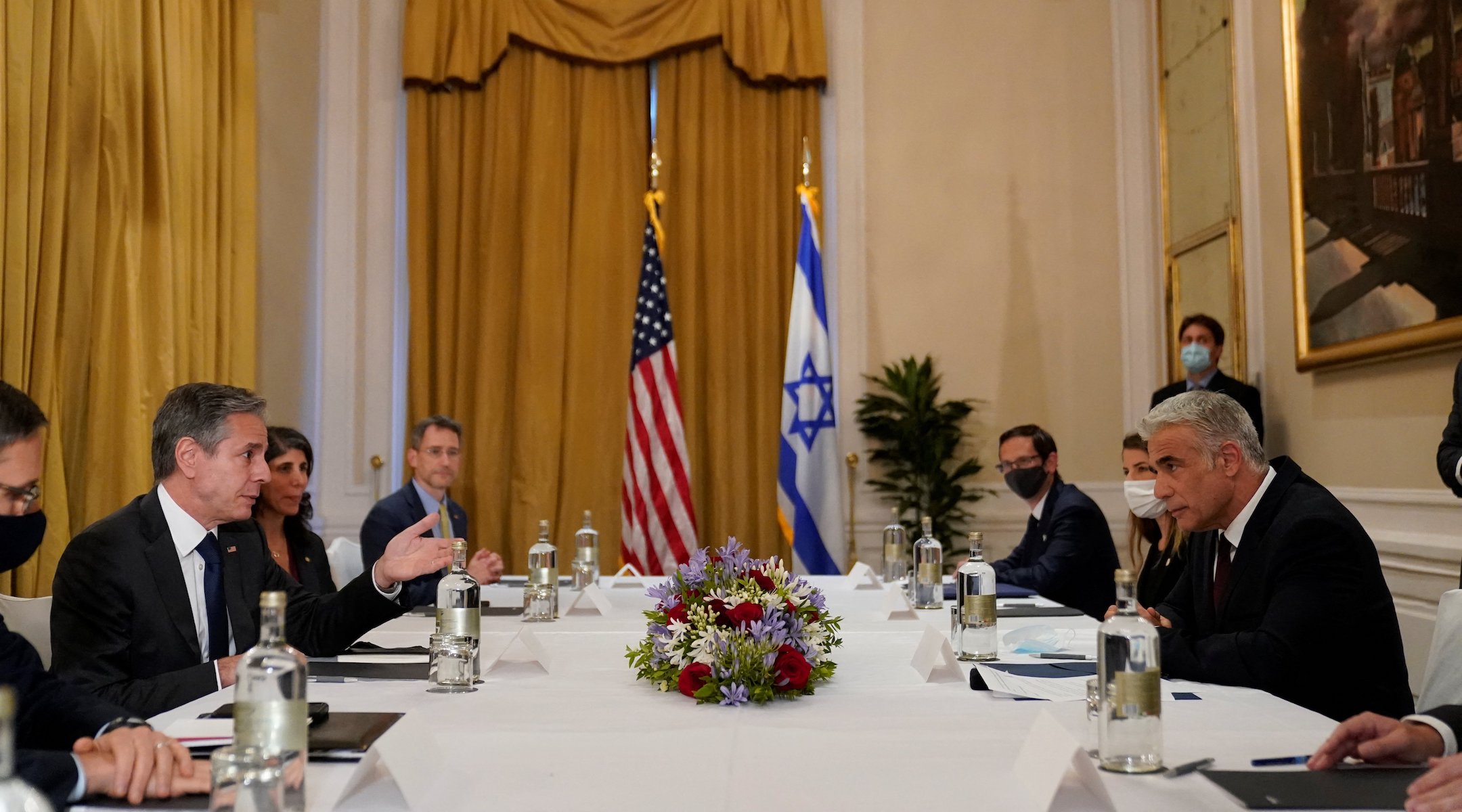 “In the past few years, mistakes were made,” Lapid said, referring to the long tenure of former Prime Minister Benjamin Netanyahu, whose divisive political tactics and close relationship with former President Donald Trump angered Democrats. “Israel’s bipartisan standing was hurt. We will fix those mistakes together.”

While the centrist Lapid stressed to Blinken in their Rome meeting that Israel has “serious reservations” with the Iran nuclear deal, the 2015 international agreement that President Joe Biden has said he wants to rejoin, Lapid said he wants disagreements on that issue and others to be a private matter.

“We believe the way to discuss those disagreements is through direct and professional conversation, not a press conference,” Lapid said, according to reports.

Biden for years has pushed for more discrete negotiations with Israeli leaders, including during his time as vice president under Barack Obama, who sparred publicly with Netanyahu on a host of issues. One was the Iran agreement brokered by the United States and others that Trump exited in 2018.

Blinken and Lapid met during the U.S. secretary of state’s weeklong tour of Western Europe.

Lapid ousted Netanyahu from his 12-year run in power earlier this month with the help of Naftali Bennett, a right-wing former Netanyahu ally. Bennett is currently serving as prime minister for approximately two years, then the two will switch roles.

Bennett has taken a stronger public stance against renegotiating with Iran on any terms, calling Iranian leaders “mass murderers” in a recent statement.