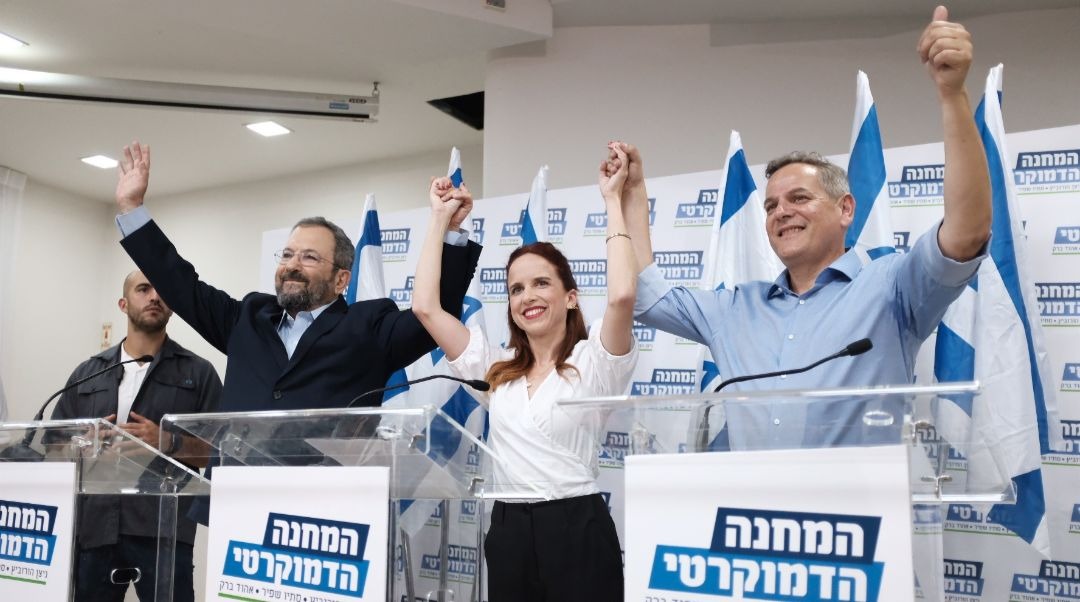 JERUSALEM (JTA) — A new left-wing alliance including former Prime Minister Ehud Barak has formed to take on Benjamin Netanyahu and the right wing that backs him in Israel’s September elections.

The united slate announced Thursday has the far-left Meretz party running with Barak’s new Israel Democratic Party and Stav Shaffir, who left the Labor Party, under the Democratic Camp moniker. It also hopes to bring Tzipi Livni, a former foreign minister, out of political retirement.

What it means: While Democratic Camp won’t overtake Netanyahu’s Likud and his right-wing camp, it could combine with the center-left Blue and White party to ensure that Benny Gantz, a former military chief of staff, is tapped to form the government.

In April’s election, Blue and White and Likud each won 35 seats, but it was the incumbent prime minister Netanyahu who was picked to form a ruling coalition. He could not and maneuvered to have the new Knesset dissolved in order to hold new elections.

Nitzan Horowitz of Meretz will head the new slate with Shaffir second. Barak will be 10th on the list — at his insistence, he said — but reportedly will have his pick of ministerial positions should the united party enter the government.

Shaffir, 34, a leader of the massive social protests in 2011 who was elected to Knesset in 2013, lost her bid earlier this month to lead Labor to former party chairman Amir Peretz. Peretz has said he will not merge with Meretz or Barak’s party. Last week he formed a union with the Gesher party of former Yisrael Beiteinu lawmaker Orly Levy-Abekasis.

Livni’s Hatnuah party was unceremoniously booted from its alliance with Labor ahead of the April elections.