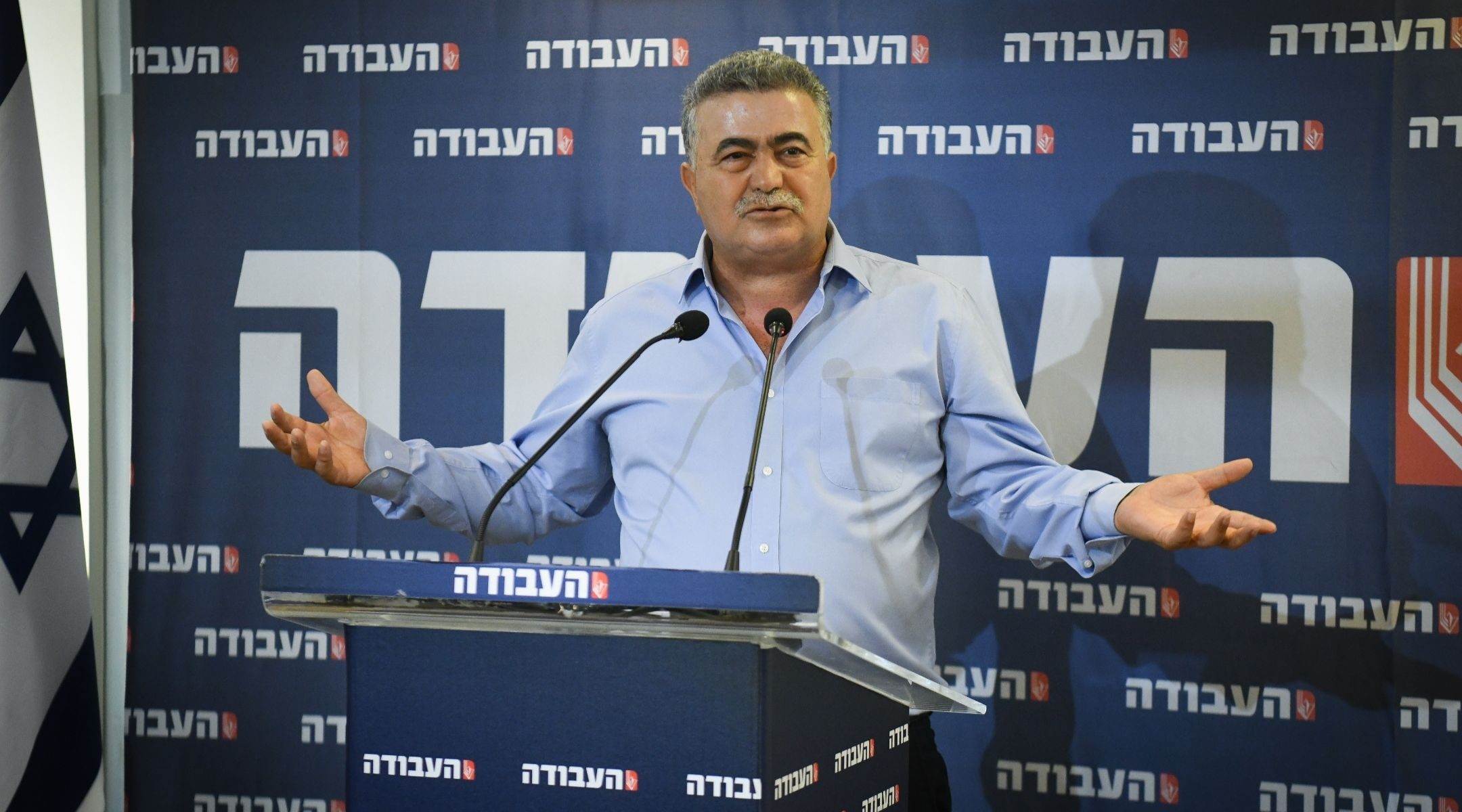 JERUSALEM (JTA) — Amir Peretz, the veteran lawmaker who led the Labor Party during the 2006 Knesset elections, won the primary to regain leadership of a once-powerful party that has faltered in recent years.

Despite the bad blood between Peretz and Ehud Barak, Peretz said prior to Tuesday’s vote that he plans to form a joint ticket with the former prime minister and his new party announced last week in a bid to overcome Prime Minister Benjamin Netanyahu and the right wing in September’s elections.

Peretz finished with 47 percent of the vote in the primary balloting, outdistancing two members of the left-wing party’s young guard, Stav Shaffir and Itzik Shmuli. Shaffir, 34, and Shmuli, 39, were leaders of the massive social protests in 2011 and elected to Knesset in 2013.

Shaffir, the youngest female Knesset member in Israel’s history, finished with 26.9 percent of the vote and Shmuli had 26.3 percent. Some 30,000 of the 65,000 voting-eligible party members cast ballots, according to reports.

Peretz will succeed Avi Gabbay, who announced last month that he would quit politics and resign as party chief after Labor won five seats —  the party’s worst showing ever — in April’s national election. Also, news had leaked that Gabbay had considered an offer to join the government coalition being put together by Netanyahu.

Peretz, 67, who immigrated with his family from Morocco at the age of 4, is the former chairman of the Histadrut trade union. He became Labor Party head in November 2005, defeating Shimon Peres. He led Labor to 19 seats and second place behind Ehud Olmert’s Kadima party and was named defense minister.

He lost the party leadership in 2007 to Barak, and in late 2012 joined Tzipi Livni’s Hatnuah party. Peretz rejoined Labor in September 2015.