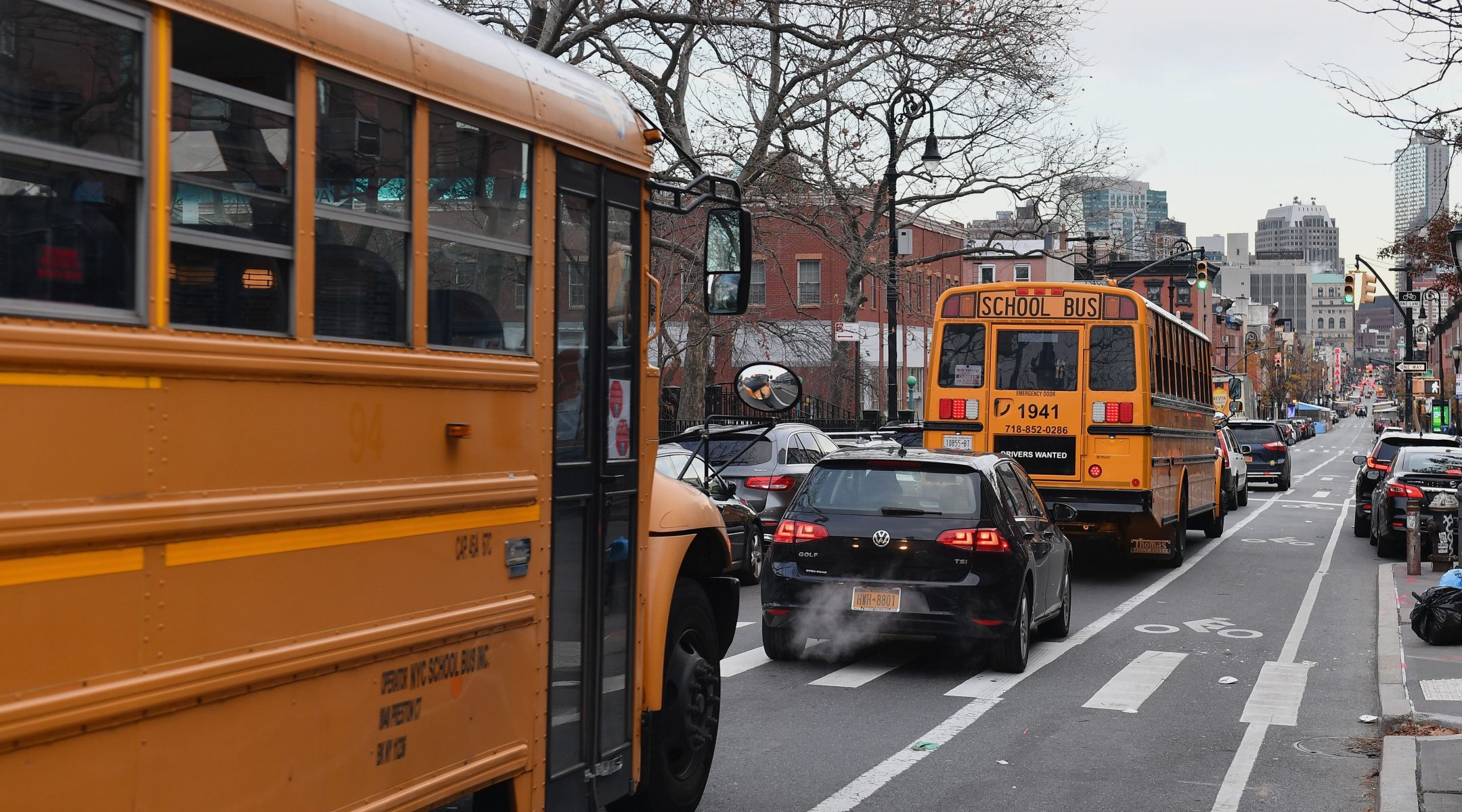 (JTA) — The principal of a Brooklyn middle school has apologized to her staff after sending an email last week calling on them to support Palestinian liberation — even as some of them say they did not think an apology was necessary.

Amanda Bueno, who heads M.S. 136, emailed teachers and administrators at her school last week amid the fighting between Israel and Hamas in Gaza, urging them to take action. The letter included several options, among them attending a vigil and calling on government officials to place sanctions on Israel, according to the New York Post, which broke news of the letter and has since covered the school’s saga closely.

Public employees in New York City are prohibited from using their roles or education department resources to engage in political activity, and Chancellor Meisha Porter criticized Bueno publicly over the weekend.

The MS 136 principal must apologize for her email. This was a clear exercise of poor judgment & we will take appropriate follow-up action. We must teach complex current events without bringing our political activities or beliefs into the classroom.

“As the Principal of a diverse school community who is committed to social justice causes and human rights concerns, I want to apologize for using school email to strongly communicate my personal views and not being as inclusive and mindful of other perspectives as I could have been,” Bueno wrote. “It was not my intention to inflame tensions on this sensitive issue. I apologize for any added hurt, anger, or misunderstanding my email may have caused.”

Some Jewish staff members had complained to the Post about the letter, and Jewish elected officials from the area publicly criticized it. (M.S. 136, located in the Sunset Park neighborhood, enrolls few if any Jewish or Palestinian children.)

But some school staff members appear to be siding with Bueno — and raising questions about whether the school district is applying its rules barring political activity evenly.

“The email that Amanda sent out does not require an apology,” said a note signed by “A group of MS 136 staff members” that someone identifying herself as a staff member posted to Twitter in response to Porter’s statement. The note emphasized that Bueno did not make any demands of her staff and said Bueno routinely shares resources with staff members as part of the school’s efforts to “celebrate all cultures and religions.”

Finally, the note raised questions about how Porter’s reprimands can coexist with her commitment to “undoing the systems of injustice” that affect city students.

“How can we — as teachers, leaders, and humans — solve and dismantle injustices if every time someone takes a ‘side,’ they are reprimanded?” the note said.

The city said Bueno’s email had been referred to a special investigator tasked with looking into misconduct by school employees. That office has the power to fine employees or recommend that they be demoted or even fired.