New York City to shut down 9 neighborhoods, many with large Orthodox populations, due to COVID case spike 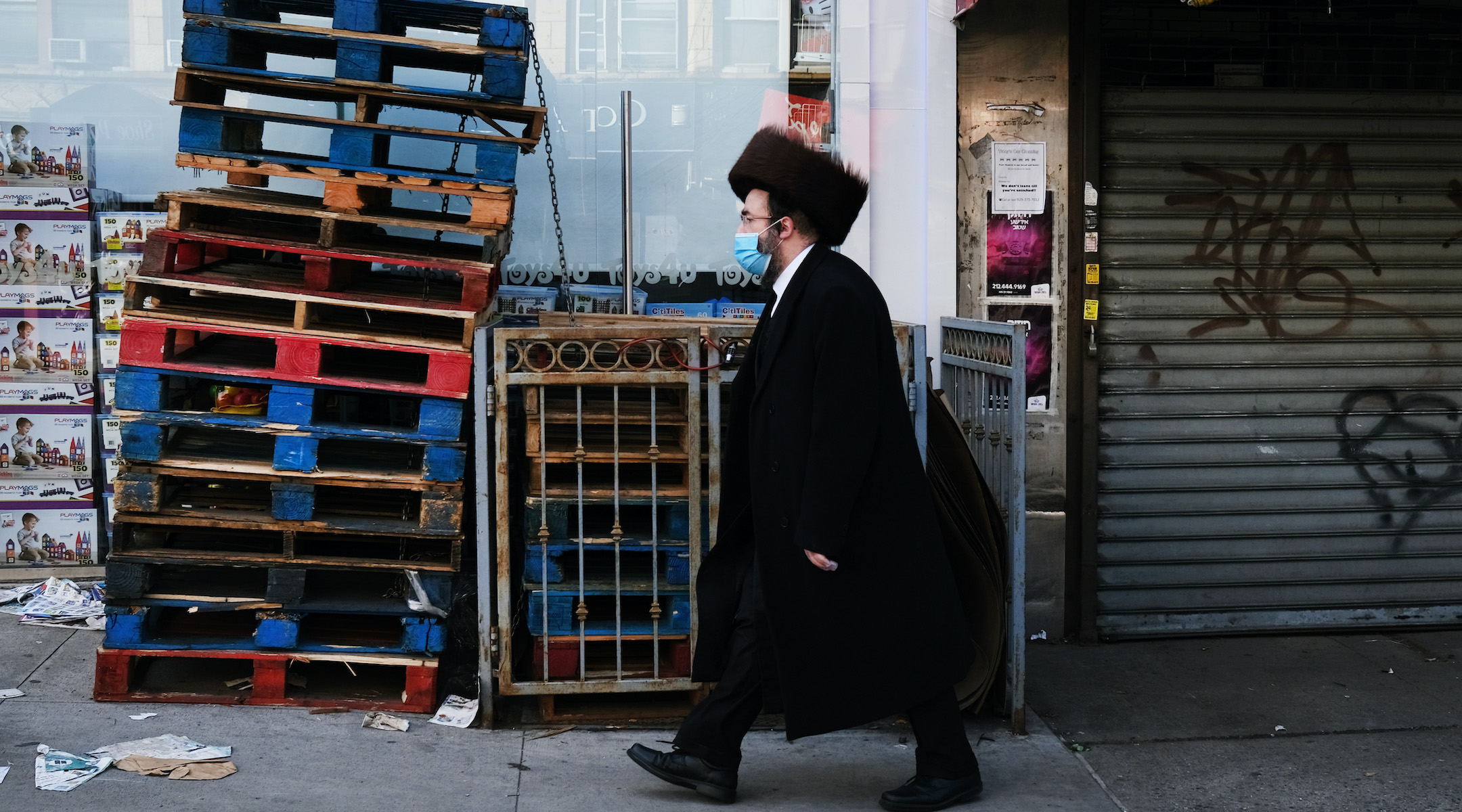 (JTA) — New York City Mayor Bill de Blasio announced Sunday that the city will re-impose a COVID lockdown, which will include the closing of schools and nonessential businesses, in several neighborhoods with large Orthodox Jewish populations. The city had just opened all public schools this past week.

The lockdown will last two to four weeks in parts of Far Rockaway, Queens and Kew Gardens in Queens; and parts of Borough Park, Midwood, Gravesend, Bensonhurst and Sheepshead Bay in Brooklyn, The New York Times reported. At least 3% of those tested in those areas have tested positive for the coronavirus in recent days.

“Today, unfortunately, is not a day for celebration. Today is a more difficult day,” de Blasio said Sunday, adding that the city will take “stronger action than we have had to take in several months.”

The announcement was made on the second day of the Sukkot holiday, when Orthodox Jews do not use electricity and would not have gotten news about the upcoming closures until sundown on Sunday.

Houses of worship are not yet part of the closure plan and can stay open, though with restrictions, the mayor said.

The mayor said he is is monitoring 11 additional areas that have come close to the 3% positivity rate. Gyms and outdoor pools will be closed in those areas, but schools will remain open.

De Blasio had previously threatened the move and vowed to increase communication with Orthodox residents. Mask wearing in public increased after the threat, but some residents said that the story was different indoors.