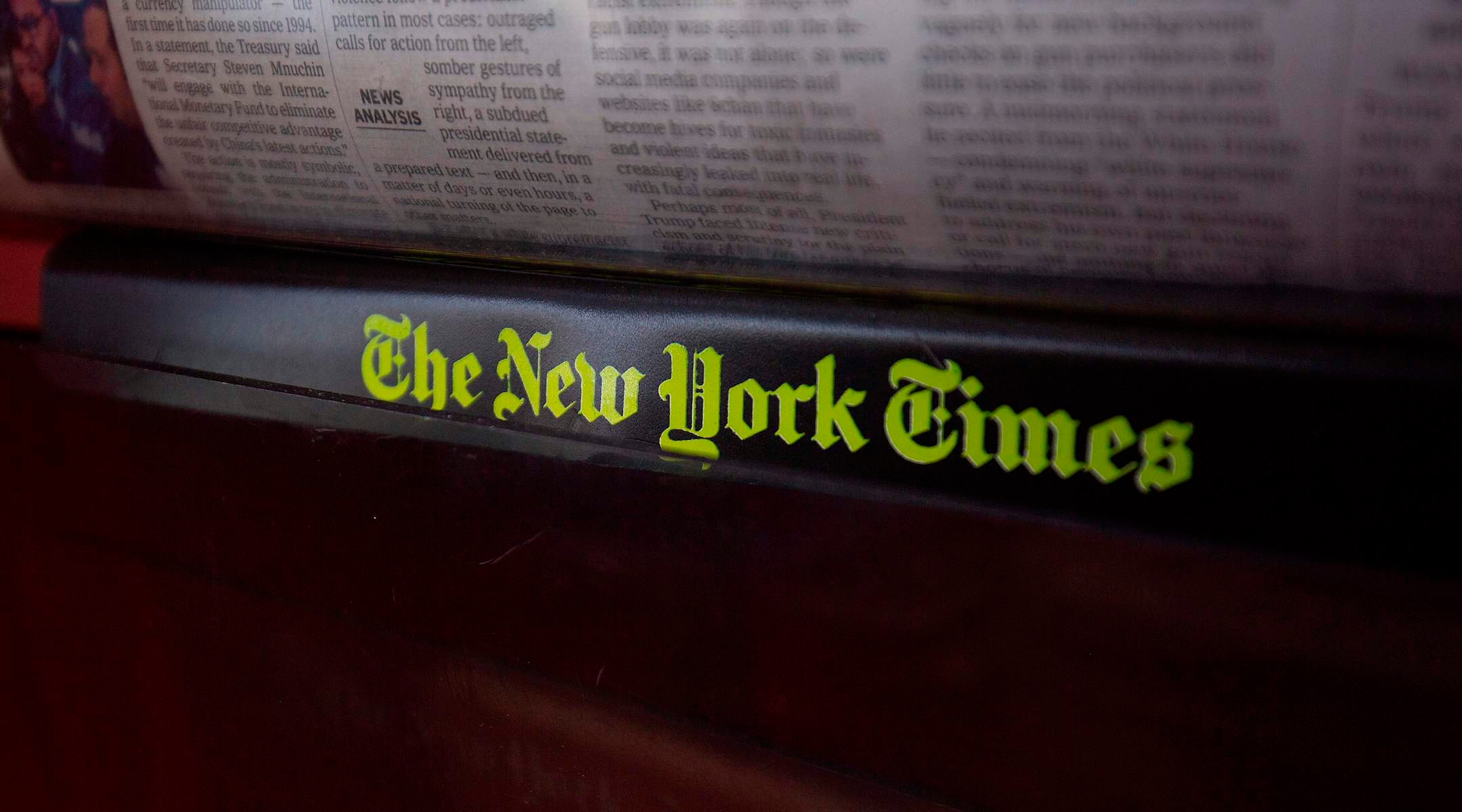 (JTA) — Weeks after The New York Times drew a barrage of criticism after publishing an op-ed calling for the military to be deployed in American cities, the newspaper has hired the editor of a progressive news site that is harshly critical of Israel to help lead its opinion efforts.

Charlotte Greensit has been the managing editor of The Intercept, a site launched and co-edited by the prominent journalist Glenn Greenwald, since 2015. Before that she worked for more than a decade at Time magazine.

Starting July 6, she will be managing opinion editor and associate editorial page editor at The Times, the newspaper announced Monday. She is one of three hires following a shakeup after the resignation of editorial chief James Bennet earlier this month.

Some of the Intercept’s critics raised questions about Greensit’s appointment at The Times, pointing to articles critical of Israel that she shared on Twitter.

Greenwald, The Intercept founder, has relentlessly criticized Israel and its political leadership, and at times has invoked tropes of dual loyalty in attacking the pro-Israel community. The publication’s reporters have frequently scrutinized Israel’s right-wing government, along with AIPAC, the pro-Israel lobby. Its political reporting team, led by Ryan Grim, has published multiple stories about Democratic candidates who receive funds from pro-Israel groups. A podcast last year was dedicated to “The case against AIPAC,” the American Israel Public Affairs Committee.

On Tuesday afternoon, Greensit said on Twitter that she had tweeted her colleagues’ stories but not edited them — something she said was not her role at The Intercept.

Logging off btwn gigs. Thanks for congrats, friends. V. excited about my next role. Others: Just bc someone tweets co-workers’ articles (variety views/opinions), it doesn’t that person edited (not my role) / endorses. (Also, digging up my late husband is pretty rude.) Happy 4th!

Founded in 2014, The Intercept made its name by publishing scoops on government surveillance and leaks from Edward Snowden, who is close with Greenwald. But it has since become more focused on Washington politics. Last year, Politico called the site “the loudest voice attacking Democrats from the left.”