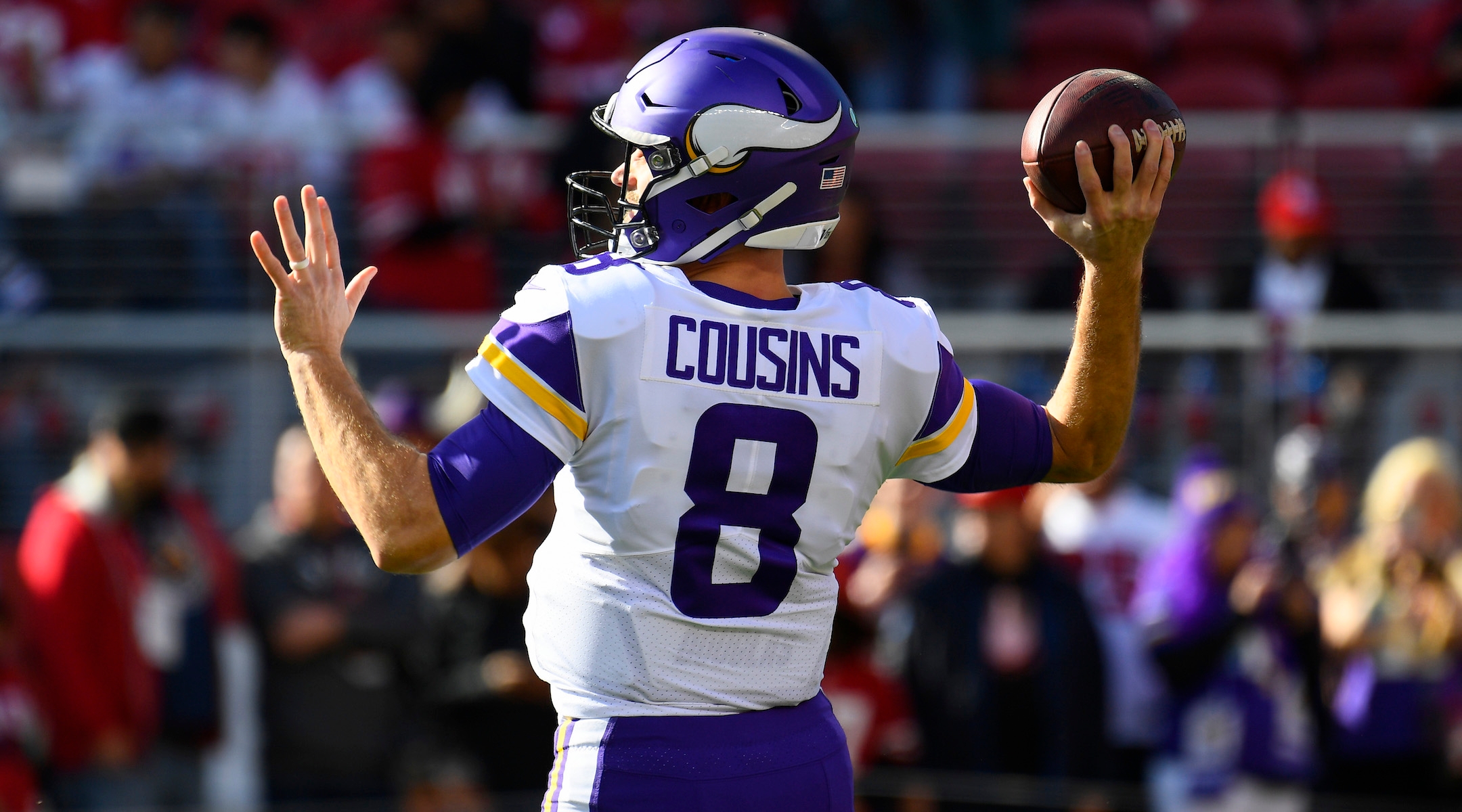 Kirk Cousins works out before a playoff game between the Minnesota Vikings and the San Francisco 49ers at Levi's Stadium in Santa Clara, Calif., Jan. 11, 2020. (Brian Rothmuller/Icon Sportswire via Getty Images)
Advertisement

(JTA) — Minnesota Vikings quarterback Kirk Cousins scored a touchdown with his congratulatory message to the graduates of a Jewish student program.

Cousins wished the graduates of the Jewish Student Union, a program of the Orthodox Union’s youth group NCSY, a “mazel tov” on Monday in a video address and mentioned the Torah several times.

Cousins, 31, who was raised a Christian, said the Jewish people have made a number of contributions to American society, notably in innovation, business and comedy.

“I find myself constantly wanting to get around Jewish people because of how sharp they are, how funny they are [and] how successful they are,” he said.

Cousins studied in Israel for two weeks following his high school graduation in 2007 and said the experience had a “profound impact” on his life.

His advice to the Jewish Student Union graduates: Stay connected to your Jewish roots and “don’t let any area of your life to be unaffected by the Torah.”

Cousins started his NFL career with the Washington Redskins as a fourth-round draft pick in 2012 following a standout career at Michigan State University.