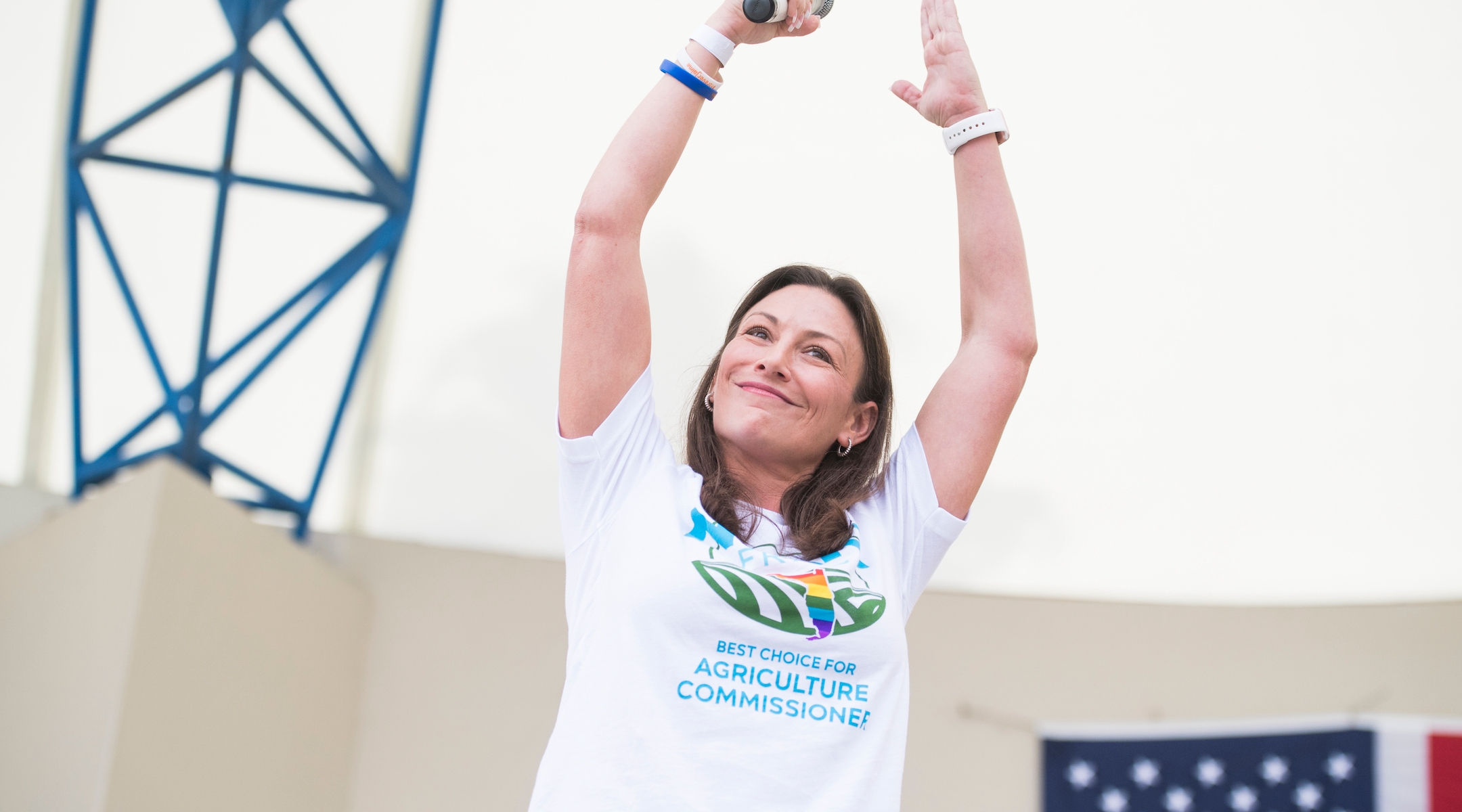 (JTA) — Nikki Fried, Florida’s Jewish agricultural commissioner who has said part of her mission is to keep Democrats pro-Israel, announced a run for governor on Tuesday.

Fried, 43, the only Democrat elected to statewide office in 2018’s election which saw razor-thin margins in all of the swing state’s major races, announced Tuesday that she would run on a platform of running against a “rigged” and “corrupt” system.

“I’m here to break the rigged system in Florida,” she said in a video posted on Twitter.

Fried has clashed repeatedly with Gov. Ron DeSantis, a Republican, over coronavirus restrictions, arguing he has been overly lax in combating COVID-19. DeSantis outlawed all of the state’s COVID restrictions in early May.

She said in a video posted on Twitter that she would reverse DeSantis’ restrictions on voting rights, environmental protections, farmer protections and the minimum wage, adding that she would seek to expand the amount of Floridians with access to healthcare.

Fried, a former lobbyist for the medical marijuana industry, also said she would seek to legalize marijuana.

In 2019 she traveled to Israel in part to research Israeli agricultural technology advances, but also to demonstrate that Democrats remained in the pro-Israel camp.

“When I started to see recently there was a partisan divide, I felt as the leading Democrat in the state of Florida as a swing state… it was my obligation to stand up and say ‘We are here. I am supporting Israel. I am supporting the American-Israeli relationship,’” she told the Tampa Bay Times at the time.

Fried has cultivated a national profile, appearing last year as a speaker at the Democratic national convention.