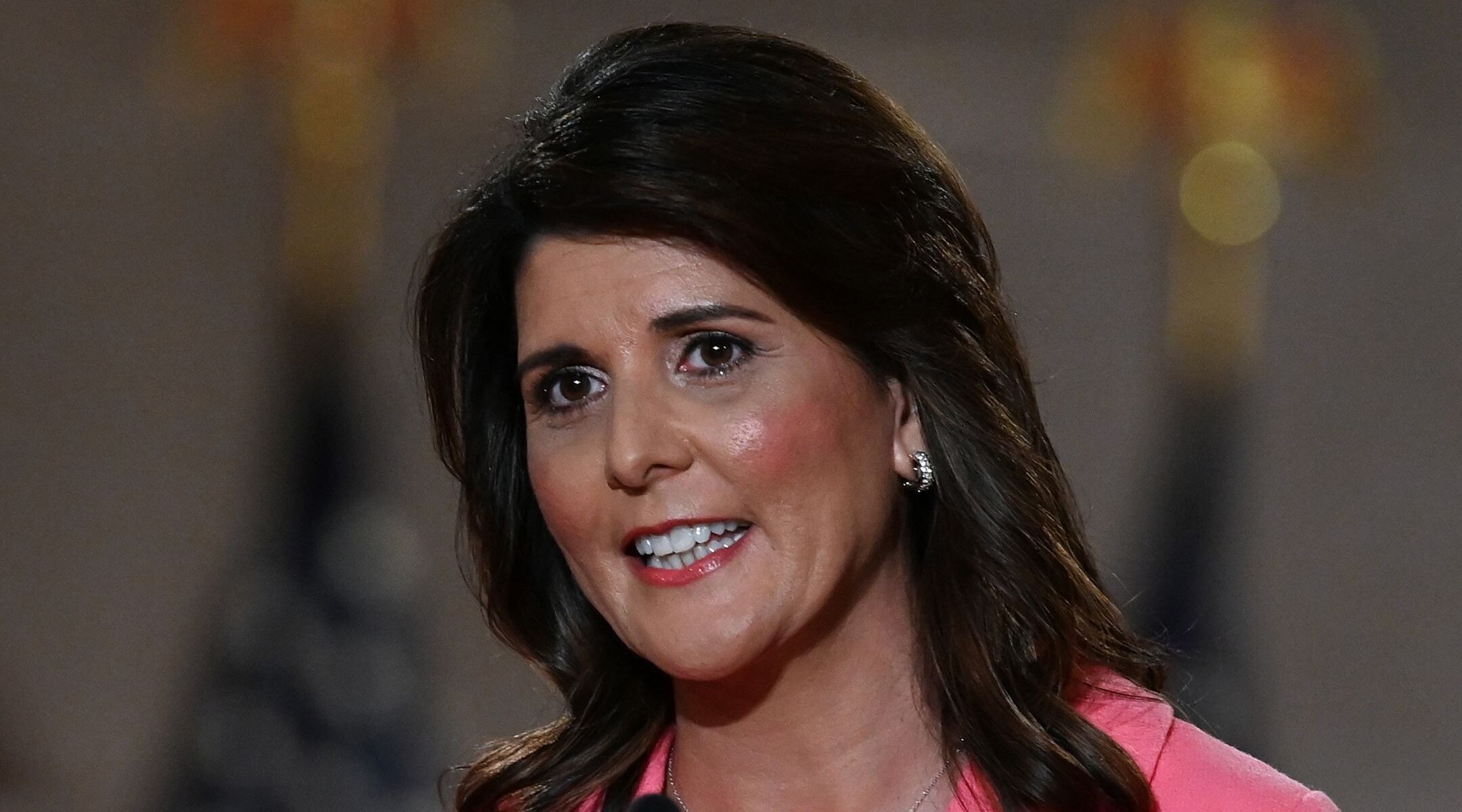 Former Ambassador to the United Nations Nikki Haley speaks during the first day of the Republican convention at the Mellon auditorium in Washington, DC on August 24, 2020. (OLIVIER DOULIERY/AFP via Getty Images)
Advertisement

Haley depicted Joe Biden, the former vice president, and President Barack Obama as practicing a foreign policy of “weakness,” including their administration’s dealings with Iran.

“Obama and Biden let Iran get away with murder and literally sent them a plane full of cash,” Haley said. “President Trump did the right thing and ripped up the Iran nuclear deal.

“Obama and Biden led the United Nations to denounce our friend and ally, Israel,” she said, referring to the Obama administration in its final days allowing through a U.N. Security Council resolution condemning Israel’s West Bank settlements.

“President Trump moved our embassy to Jerusalem – and when the U.N. tried to condemn us, I was proud to cast the American veto,” she said.

Haley, the former South Carolina governor, is seen as a leading contender for the GOP nomination in 2024. Following her stint at the U.N., she has become popular on the centrist and right-wing pro-Israel speaker’s circuit.