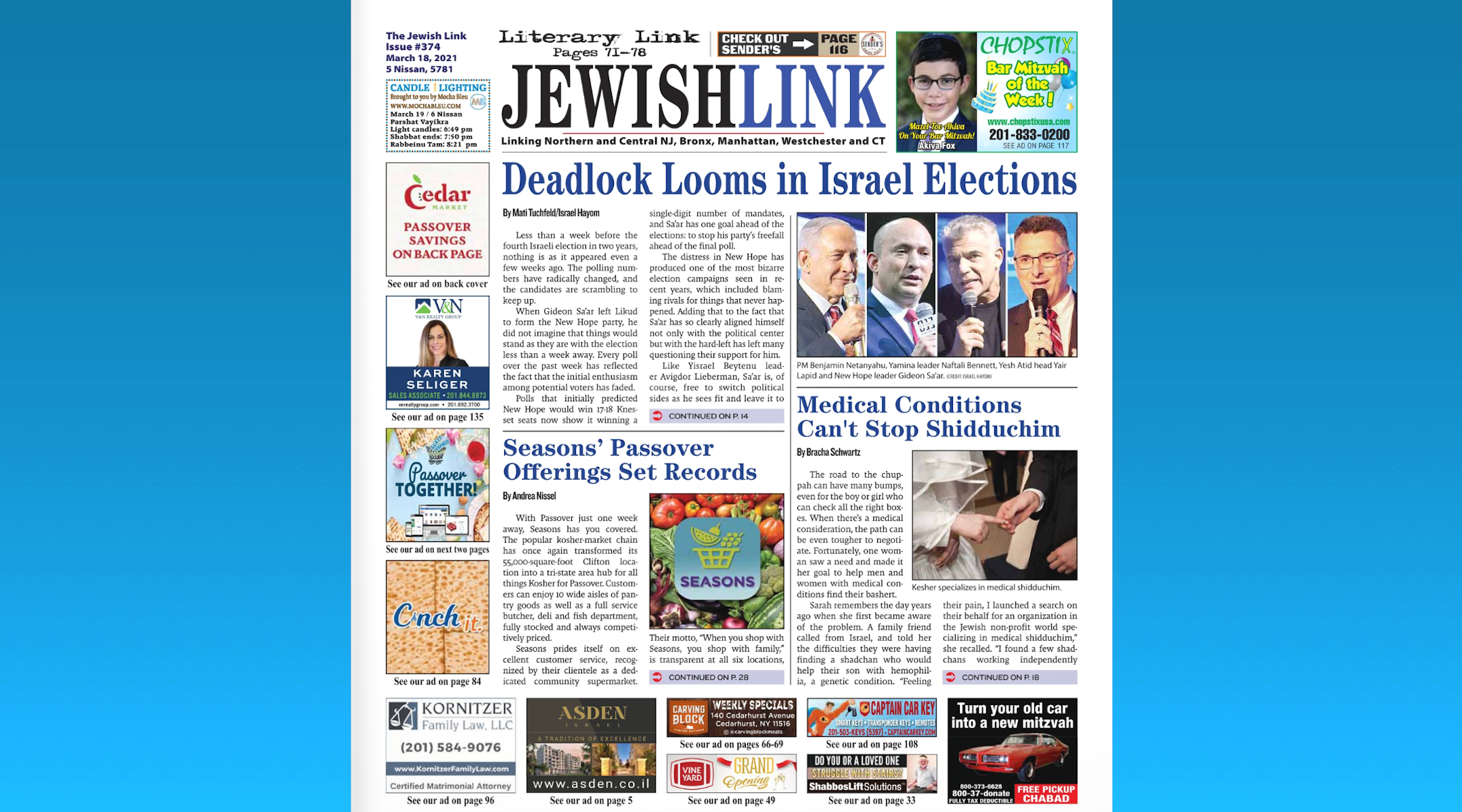 (JTA) — A newspaper serving the Orthodox community in New Jersey’s northern suburbs apologized for a satirical Purim article that joked about shooting Palestinians.

The article in the Feb. 24 edition of The Jewish Link carried the headline “100,000 Palestinians shot by Israeli soldiers.” The attempted joke was that the “shots” referred to COVID-19 vaccinations.

The New Jersey chapter of the Council on American-Islamic Relations and American Muslims for Palestine of New Jersey criticized the paper for making light of violence against Palestinians.

“Suggesting the systematic murder of 100,000 people of an oppressed minority will never make for good comedy,” Selaedin Maksut, the executive director of CAIR-NJ, said in a statement, reports NJ.com.

“We apologize,” read a brief statement in last Thursday’s edition of The Link, which included a letter of complaint from the president of The Muslim Society of Bergen County.  “It was offensive, in poor taste, and we regret it.” The article was removed from the online version of the paper.