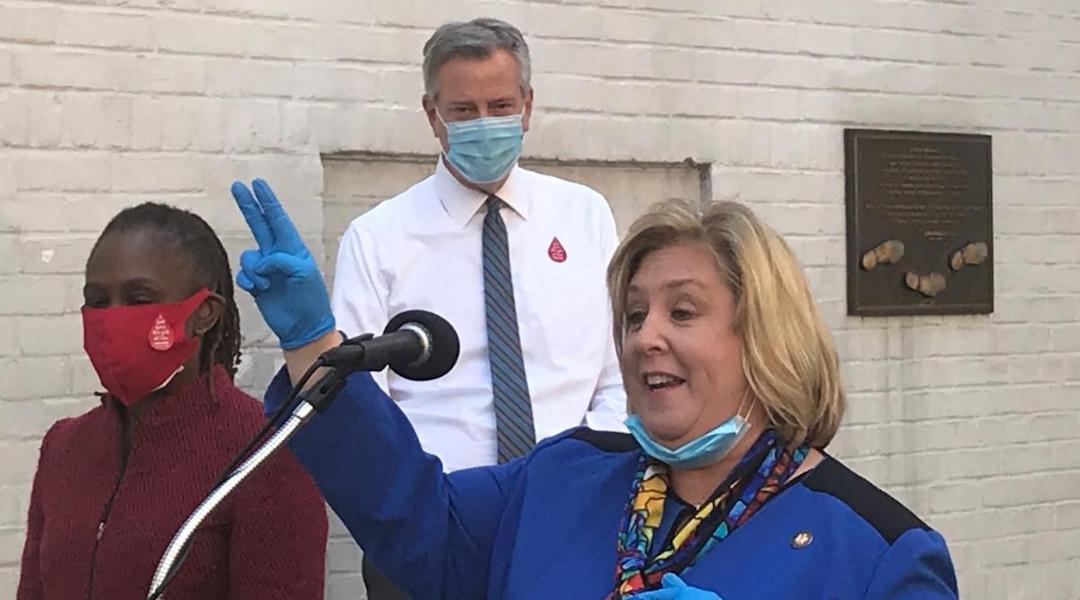 (JTA) – The fact that New York state Assemblywoman Rebecca Seawright isn’t Jewish didn’t stop a vandal from leaving behind an anti-Semitic note after defacing her office.

Seawright, a Democrat whose district includes part of Manhattan’s Upper East Side, called for a police investigation into the incident at a news conference Tuesday. The intruder, whose note also included a sexist message, sprayed white paint on the office Monday night.

Seawright is a member of the Assembly’s Jewish caucus and her husband is Jewish.

“I want to speak loud and clear today that we will never be intimidated by this criminal act,” she said at the news conference, according to Jewish Insider. “We will stand together, speak up and remain vigilant against this violence and anti-Semitism.”

New York Gov. Andrew Cuomo denounced the incident in a tweet Tuesday, saying he would “hold those responsible accountable.”

This cowardly act is antithetical to New York's values.

New York has zero tolerance for hate and we will do everything in our power to hold those responsible accountable.

I extend my sympathy to @SeawrightForNY that this repugnant note was left at her office. https://t.co/Z0oUbKOc3s