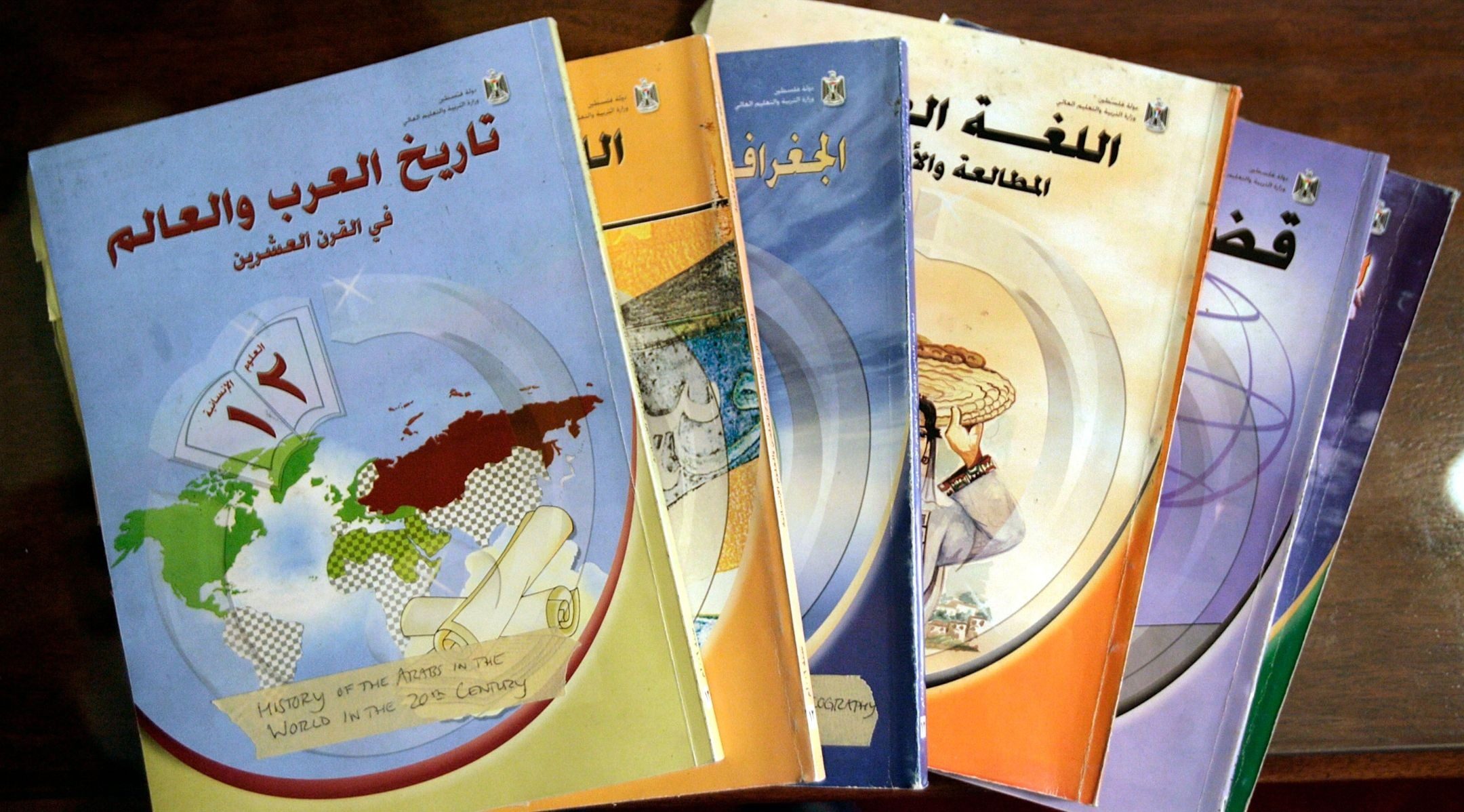 Textbooks said to be produced by the Palestinian Authority which contain anti-Israel and anti-Western bias, put on display on Capitol Hill by the NGO Palestine Media Watch on Feb. 8, 2007. (Chip Somodevilla/Getty Images)
Advertisement

(JTA) — Members of Norway’s ruling coalition demanded that contributions to the Palestinian Authority be suspended over incitement in school textbooks.

In a statement Thursday, coalition lawmakers said they are instructing the government to “reduce or withhold financial support to the Palestinian Authority if they do not provide satisfactory improvements in school materials.”

The instruction is not legally binding, but may be politically difficult for Norway’s center-right government to ignore. If implemented, it would spell the loss of $24 million in funding for the Palestinian Authority, according to a statement by the Institute for Monitoring Peace and Cultural Tolerance in School Education, a Jerusalem-based advocacy group.

The coalition’s statement cites a recent review by the institute of textbooks being used in Palestinian Authority schools.

“Examples of content in the school books include references to violence, martyrdom and terror. The coalition considers this to be devastating to the peace process and the development of democracy in the region, as well as being an expression of irresponsible pedagogy, and finds it unacceptable that Norwegian funds support a school system that promotes such destructive values,” the statement said.

Last month, the Dutch government cut funding for the Palestinian Authority over salaries it pays to convicted terrorists serving time in Israeli jails.

In 2017, the Palestinian Authority paid about $198 million to support the families of terrorists killed while carrying out attacks and about $160 million to Palestinians being held in Israeli jails, according to Israeli Defense Ministry figures.