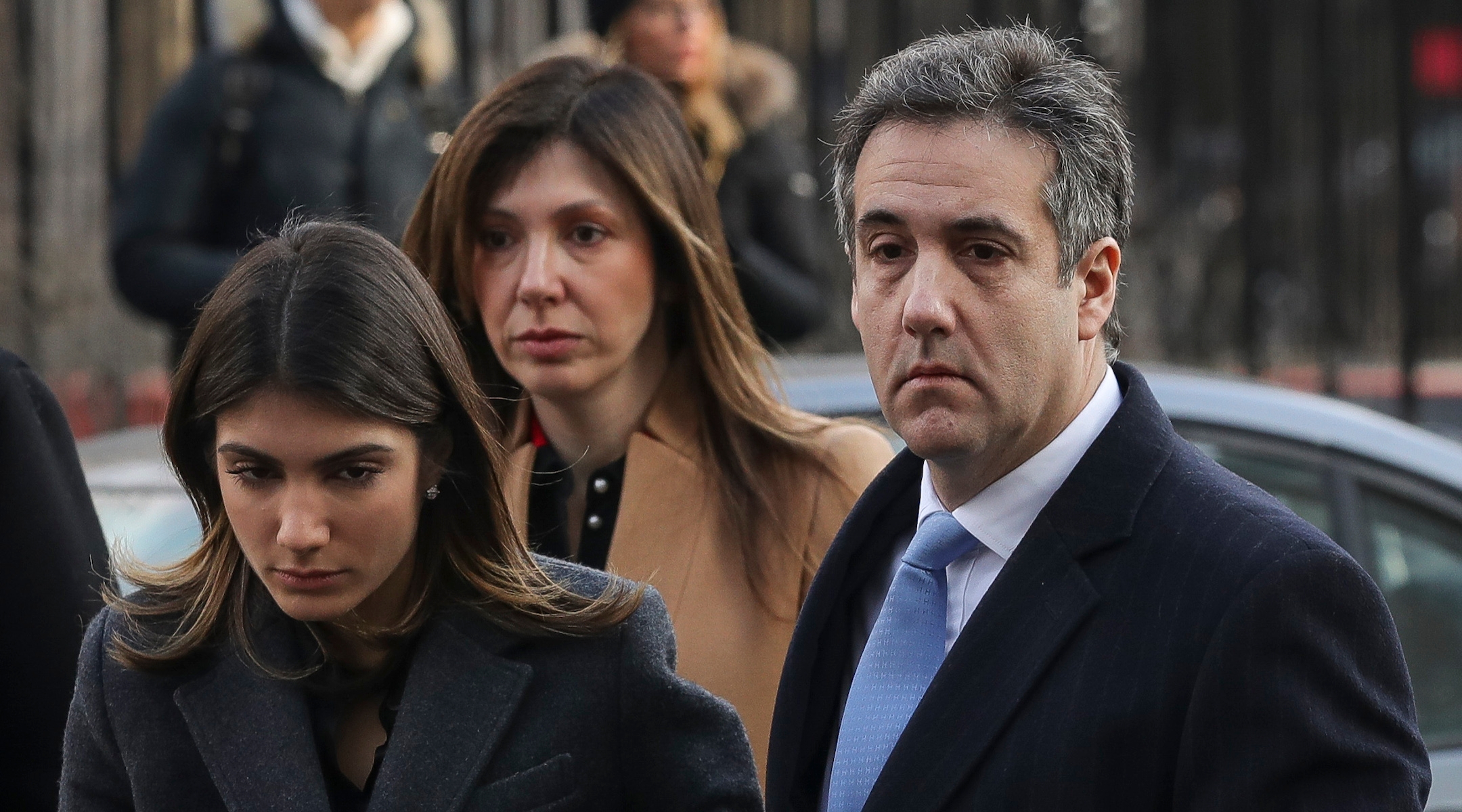 WASHINGTON (JTA) — Prepared testimony by Michael Cohen, Donald Trump’s former fixer, says the president is a con man and a racist, and again cites his father’s survival of the Holocaust to explain why he turned on his one-time mentor and employer.

“My father survived the Holocaust thanks to the compassion and selfless acts of others,” Cohen says in a statement posted midnight and set to be delivered Wednesday in dramatic testimony to the U.S. House of Representatives. “He was helped by many who put themselves in harm’s way to do what they knew was right.”

“Mom and Dad … I am sorry that I let you down,” the testimony says.

Cohen, Trump’s longtime lawyer, has pleaded guilty to fraud and violating campaign finance laws when he paid off Trump’s alleged mistresses to keep silent and to lying to Congress about how long into the presidential campaign Trump was working on a business deal in Russia.

Trump, Cohen says in the testimony, “mesmerized” him, but now on reflection, he believes the man he once said he would take a bullet for “is a racist. He is a conman. He is a cheat.”

Cohen alleges among other incidents that Trump directed money from a charitable foundation to be used to buy a portrait of himself; that Trump knew that a friend and former aide, Roger Stone, was soliciting Russian intervention in the election; that Trump directed him to threaten schools and the College Board not to release his grades and scores; and that Trump casually and repeatedly derided blacks.

Responding on Twitter, Trump said Cohen is “lying in order to reduce his prison time.”

“Michael Cohen was one of many lawyers who represented me (unfortunately),” the president tweeted. “He had other clients also. He was just disbarred by the State Supreme Court for lying & fraud. He did bad things unrelated to Trump.”